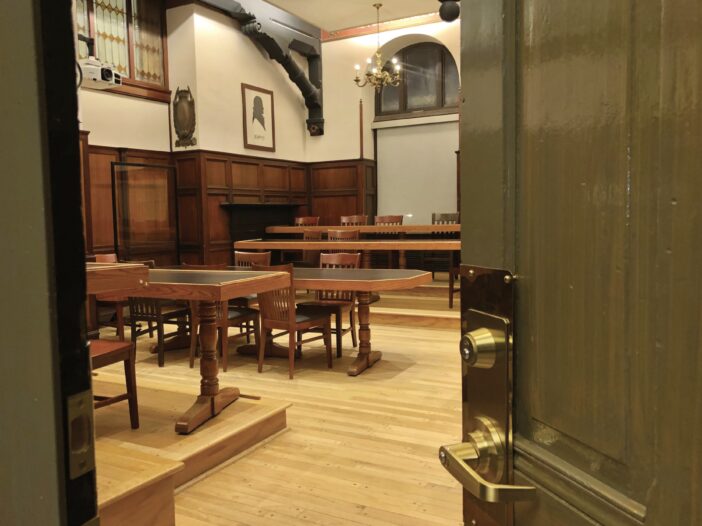 The student body elected 11 new senators to the Georgetown University Student Association (GUSA) Senate on Nov. 6, marking the first time the body will be completely filled since July.

The new senators will bring a fresh sense of energy and dedication to GUSA, according to GUSA Senate Speaker Leo Rassieur (COL ’22).

“It’s really great to get new perspectives on the ideas that we’ve been working on for so long,” Rassieur said in an interview with The Hoya. “I can tell based on their campaigns that they are bringing a lot of energy and that they care about the senate.”

Twenty-five students announced their campaigns for the GUSA Senate last week, with many focusing their platforms on improving student safety and expanding dining hours and options on campus.

First-year Senator-elect Chambers said that GUSA should make increasing university communication around security events a top priority once the new class of senators is sworn in.

“I think one of the biggest things that I’m looking forward to is just changing the HOYAlert system,” Chambers said in an interview with The Hoya. “I think for the freshmen, particularly as a New South resident myself, that issue really hit close to home and I think that’s what drove a lot of voters out for people campaigning based on safety. And I think that’s definitely something with enough student push that we can accomplish.”

Other incoming senators, like Sussek, expressed a desire to address student dining needs on campus.

“Definitely addressing real changes, like writing referendums and talking to administration to get Leo’s open until 10 p.m. — that’s something I’m very passionate about; I think it’ll make all our lives much easier, much more flexible,” Sussek said in an interview with The Hoya.

Though first-year senate elections have typically been held in September, GUSA changed election cycles this past January to hold first-year and at-large senator elections in November, with elections for sophomore, junior and senior senators to occur in April. The changes were meant to give students more time to develop campaign platforms, as well as encourage more student participation, according to Rassieur.

The changes to the election timeline ultimately improved the fall 2021 election cycle, according to Rassieur.

“I really think it benefited the election and the candidates and everyone overall because it gave everyone a chance to acclimate to Georgetown first and to better understand what the issues are,” Rassieur said. “I think that’s reflected in the candidates, and what they campaigned on is much more issues-focused and relevant to what some of the more pressing, relevant topics are in the Georgetown community.”

Although GUSA hoped the change in timeline would increase student engagement in elections, it did not greatly affect this year’s voter turnout, with 20.11% of the student body voting in the fall 2021 elections compared to 19.2% in the last on-campus election in 2019. The number of candidates who ran for at-large seats also fell this year, as both the 2019 and 2020 fall elections saw five and six candidates run for the same number of seats, respectively.

The 11 newly elected senators will be sworn in at the Nov. 14 GUSA meeting. Once sworn in, the new class of senators will hold internal elections to determine new senate leadership and assignments to senate policy committees and advisory boards, according to Rassieur.

The new group of senators will bring a new energy and drive to GUSA, according to Chambers.

“The group of seven freshman senators is a really passionate and fierce group,” Chambers said. “I’m excited to see what we bring to the table and the change we enact.”