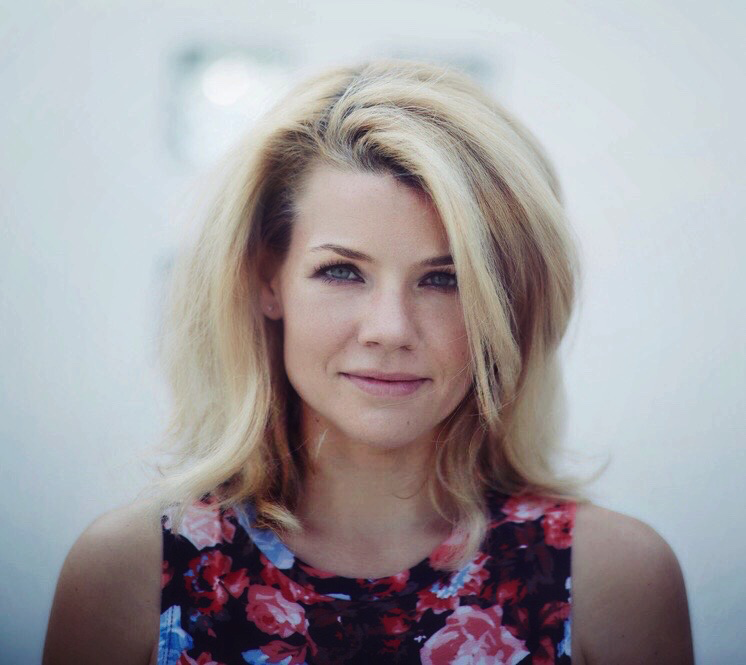 “What They Had” tells the touching story of a family battling through devastatingly trying times. Bridget Ertz returns home to a mother suffering from worsening dementia, a father refusing to let go and a brother who has been caring for them in her absence. First-time director and writer Elizabeth Chomko weaves a striking narrative of supporting family, finding yourself and letting go.

The Hoya sat down with Chomko to discuss the film, her creative process and the true story behind “What They Had.”

What was the inspiration for “What They Had”? How did Bridget Ertz and her family first begin to come to life?

Well, the film was inspired by my family, my grandparents. My grandmother had Alzheimer’s disease, and they had a really beautiful love story, and it was really heartbreaking that this could be the end of their love story. I wrote it to capture them at first, and then, through the course of many rewrites, I developed the other characters. And Bridget is the lens through which we see this story that is really about the family and their challenges with caregiving for her, for Ruth, and trying to figure out what to do when there is no right thing to do and how that prompts a reckoning in all of them. It’s a lot of me and coming of age for me in a way.

There’s a scene in the film where Ruth and Bridget are in the shower, and there’s this incredible overlap of captivating cinematography and this heartfelt dialogue. How did you go about creating moments like that?

That scene was inspired by when I was visiting my grandparents. My grandfather wanted me to help her bathe, because she couldn’t do it on her own. It was one of those moments where I was realizing the scope of the job of caring for her and what his days looked like. Being with her in the shower was the most beautiful thing — this beautiful intimacy of her looking at me and saying, “You’re so nice to do this for me.” A lot of this movie was about me not wanting to lose the memory of the moments that moved me. The shower really moved me, and my grandfather passed away, and my grandmother was wondering whose wake we were at. I didn’t want to lose those memories. They were just too something, too precious, too important somehow.

The film’s core develops many heavy themes such as grief, sadness and love. Nonetheless, humor is never too far behind. What did it mean to you to include that kind of balance in the film?

Well, I grew up in Chicago. [My uncles and I] never took anything seriously. We were always teasing each other, and so when my grandmother was diagnosed with Alzheimer’s, I thought that nothing could ever be funny anymore. That wasn’t the case at all. We laughed even harder than we did before, because we knew what we stood to lose. I think when you know your heart is just about to break, that’s when you make that connection between laughter and tears. I just wanted to kind of capture that and try to walk that tightrope of tone, that hilarity and heartbreak boundary.

Were there any small decisions, small moments that actually felt much larger to you as far as importance when it came to including them? If yes, what were they?

Yes, there were many decisions. You never really know on set, but you have an idea of what’s going to be the most important. Sometimes you’re really obsessed with the thing, and I still have those feelings. I still wake up in the middle of the night like, “Oh my gosh, this line of dialogue,” “I should’ve put this in; I ruined it by not putting it in” — just really stupid things like that that you kind of obsess over. But I think also you don’t really know the editing room; somebody else said that the editing room is a really redemptive place ’cause you can really figure out, “OK I have this, and I know the story I’m trying to tell, so let’s tell it now with what we have,” and then you find things that didn’t feel that important on set that end up being a turning point for you.

If audiences could only take one thing away from the film, what would you like it to be?

Well, I didn’t set out to have any message. I want people to come in and feel whatever they feel. But I do think — as I’ve gone through this process of making this film, all the way from the beginning and seeing people respond to the script and then to the film now that it’s finished, and how many people have said, “Wow this is my family,” and “I went through this” or “I’m going through this now” — I just think that it’s a shared experience, and it’s an isolating thing we feel shame and guilt about, because it’s hard to care for a loved one. Sometimes it makes us hard on each other, and I think for people to understand that they aren’t alone at all, that this is something that’s probably a lot more normal than they think.

“What They Had” opened in select theaters across the United States Oct. 19 and is set to open in Washington, D.C., on Oct. 25.