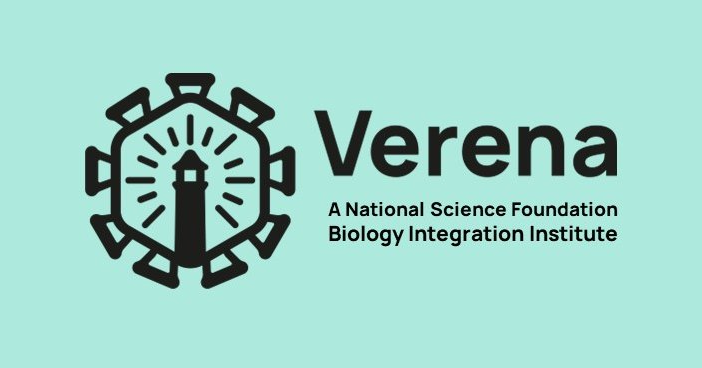 Georgetown University is positioning itself to become a leader in the tracking and prevention of emerging viral diseases after securing a $12.5 million grant from the National Science Foundation (NSF) to support emerging virus research.

The funds will bankroll new research and educational projects overseen by Verena, a shorthand name for the Viral Emergence Research Initiative. Verena is a Georgetown-based research initiative founded by two university scientists in 2019 dedicated to researching the inception and spread of infectious diseases, according to a university press release. The grant, which Georgetown received in August and expires in 2027, also sanctifies the NSF’s latest Biology Integration Institutes, which provides support for collaborative teams that perform research within and beyond biology.

Founded six months before the COVID-19 pandemic, Verena’s team has employed machine learning and multidisciplinary research techniques to determine where the next pandemic might come from and how to stop it. Verena hopes to continue this line of research through the new funding, according to Colin Carlson, the director and co-founder of Verena and an assistant professor at Georgetown.

“The days of ‘quiet periods’ between epidemics are over — from this point on, we’re headed from COVID-19 straight into monkeypox, into the next public health crisis,” Carlson said in the press release. “Our goal is to build the data and tools we need to know what’s coming tomorrow — and maybe, actually, be ready next time.”

“Three years in, we’re thrilled at the chance to scale up and tackle even harder problems — and hopefully start to make real impacts in global health and conservation,” Carlson said.

Verena’s work has already proved to contribute significantly within the scientific community. In April 2022, Carlson and Gregory Albery, a postdoctoral fellow at Georgetown and Verena’s second co-founder, published a study charting the potentially disastrous impact climate change will have on the spread of infectious disease.

Carlson and Albery’s simulation forecasts that cross-species disease transmission will increase drastically in coming decades as changes in climate force species previously isolated from one another to cohabitate. The study reported that the intensified viral exchange among animals increases the likelihood that one of the roughly 10,000 viruses capable of infecting humans will do so more often and with more devastating effects.

A large portion of Verena’s new funding will go toward researching bats, one of the animal kingdom’s most effective virus transmitters. Mosquito-borne illnesses will also receive a special focus from the institute.

Sharing and synthesizing public data about viruses is another core part of Verena’s work. The institute is in the process of constructing what it hopes will be the largest open data ecosystem in viral ecology.

Verena began the process of enlarging its team only weeks after receiving its first installment of NSF funds, announcing a slate of new fellowship and staff positions in late August. Verena’s team and Georgetown University School of Medicine (GUSM) leaders hope the institute’s sustained growth will yield significant benefits for scientists and policymakers hoping to tackle future pandemics, according to Edward Healton, executive vice president for health sciences.

“This is a global problem that will take a team of researchers from many different perspectives and experiences to address emerging diseases,” Healton wrote to The Hoya.

With new funding, Verena may also develop its training and educational programs to expand research opportunities for undergraduate and graduate students, according to Cynthia Wei, assistant professor in Georgetown’s Science, Technology and International Affairs program and who serves as Verena’s education director.

“Students will have chances to connect with and learn from a sharp, diverse, and vibrant group of researchers, as well as unique opportunities to engage in Verena research,” Wei said in the press release. “These experiences will provide an exciting window into the process of collaborative, interdisciplinary, and actionable science. They will also provide a chance for students to be a part of cutting-edge discoveries on viral emergence.”

The grant given to Verena will enable Georgetown to become a leader in emerging virus research as further scientific attention is given to infectious diseases.

“Addressing emerging diseases — especially against the backdrop of climate change — and its disproportionate impact on some populations, is one of our more important health issues,” Healton wrote. “Georgetown is well positioned to lead this work.”