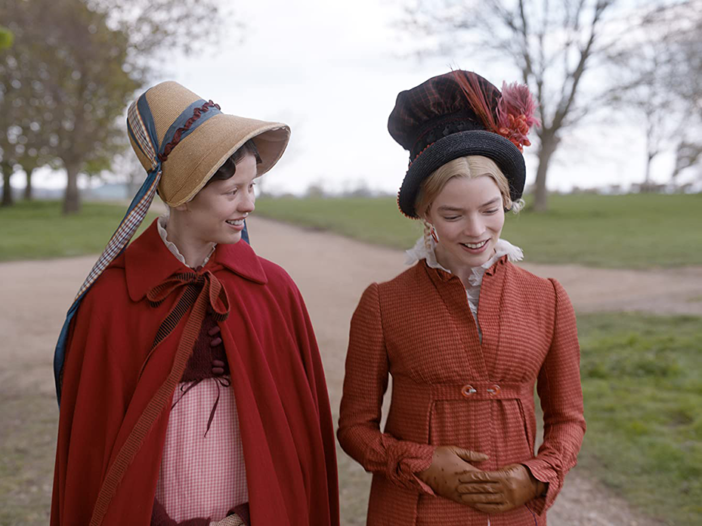 The film’s rendition of 19th century life as imagined by a female writer is the second to hit theaters in the past few months after Greta Gerwig’s “Little Women,” based on the book by Louisa May Alcott, was released in late December.

De Wilde is certainly not the first director to attempt to adapt Austen’s literary genius for the screen. A 1996 version of “Emma” starring Gwyneth Paltrow was fairly well received, while other adaptations of novels such as “Mansfield Park” and “Pride and Prejudice” have been released in the last 25 years. Austen’s early feminist writing has been increasingly recognized for its relevance to 21st-century movements because of its many stories of strong female characters that were out of place in the 19th-century. Therefore, it comes as no surprise that “Emma.” is a highly relatable film whose lessons still hold true today.

At the center of the film is Emma Woodhouse (Anya Taylor-Joy), a privileged young woman who lives with her aging, hypochondriac father (Bill Nighy) on their enormous estate in Highbury outside London. In the absence of any real responsibilities, Emma becomes the town matchmaker. Emma sets out to wreak havoc on her friend’s love life and formulate their relationships to match what she wants for them, even if it may be problematic to achieve.

Schoolgirl Harriet Smith (Mia Goth) is the primary subject of Emma’s games. Hilarity ensues when Emma attempts to set Harriet up with a series of men who completely rebuff her advances. Harriet is so besotted by her mentor’s grandeur that she temporarily forgets to follow her heart and instead follows the conniving wills of Emma, who is not necessarily looking out for her best interests. This power dynamic continues to play out throughout the film and their differing relationship is one of the key lessons that can be extrapolated to modern society.

Goth’s portrayal of the role of Harriet is inherently limited, mainly because the character is meant to be nothing more than a shallow foil to Emma. Taylor-Joy’s strong performance, on the other hand, offsets Goth’s weaker presence, which in large part is because of the way the characters are written by Austen. In this way, even while offering a distinctly feminine message of self-empowerment, many female characters remain shallow and serve only a single purpose. However, this discrepancy is an effective way to endear audiences to Austen’s classic antiheroine. Her narcissism and haughtiness are miraculously forgiven by the end of the movie.

Emma’s matchmaking is highly ironic given her feelings against marriage. For a woman set to inherit a large estate and a larger fortune, a husband just doesn’t hold the same appeal. Emma strongly values her autonomy given the era’s subjugation of women to men in marriage. Similar themes can be seen across other influential works from the time like “Little Women” and flip the notion of women as subservient to their husbands on its head. Taylor-Joy does a fantastic job of portraying this strong, independent character, even in the face of a society that does not value those ideals.

But Emma’s playing Cupid without romantic repercussions only lasts so long. She finds herself interested in several male characters like Frank Churchill (Callum Turner) and longtime friend George Knightley (Johnny Flynn). Both suitors have been perfectly cast. Turner is a sufficiently disingenuous Churchill and Flynn offers audiences a morally sound, albeit less attractive, character for audiences to support.

The film’s ending reads like a fairy tale, in which a young woman finally realizes the gallantry and love of someone who has been by her side all along. The cliche is completely forgotten amid Emma’s triumph.

Emma comes off as simultaneously flawed yet endearing, a testament to both Austen’s writing and de Wilde’s direction. Her sense of superiority is downplayed by the almost constant satire of upper-class English mannerisms and expectations. Combined with her father’s hilarious attempts to ward off sickness, this satirical bent makes for lighthearted entertainment best categorized as romantic comedy.

Lovers of Austen’s original work will not be disappointed by de Wilde’s adaptation. Largely excellent performances, amusing costumes and still poignant social commentary, “Emma.” is a brilliant debut for de Wilde and an incredibly well-rounded adaptation of the classic novel with contemporary resonance.