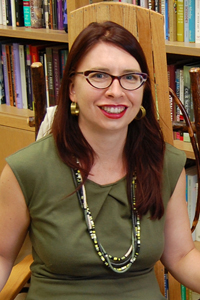 Immigration policy is disability policy, panelists said at a Nov. 16 event that explored the intersection of disability, access to health care and immigration in the United States.

At the event titled “Disability and Border Politics” experts examined the intersection of disability, health care and border politics as discussed in “Enforceable Care: Health, Justice, and Latina/o Expressive Culture,” an upcoming book by Julie Minich, a professor at the University of Texas. Minich spoke at the event, followed by a Q&A with Georgetown University professor Emily Francomano, chair of the Spanish and Portuguese department, and professor Jennifer Fink, director of the Program in Disability Studies. The event was hosted by the Program in Disability Studies, the Spanish and Portuguese department and the Women’s and Gender Studies Program.

Storytelling and uplifting the lived experiences of those with disabilities or those immigrating can promote equity in the United States, according to Minich.

“Literature forces us to re-examine questions we assumed to be settled, like the idea that diabetes is only to be feared or that immigration trauma results only from the act of migration and not the policies that constrain migrants’ lives in the United States,” Minich said at the event. “In doing so, it moves us out of the constraints that shaped our thinking on these crucial issues and pushes us to re-examine them in new ways.”

Latinx artists have told stories of disability and immigration through various forms of literature. ire’ne lara silva is ​​a Chicana feminist poet who details the struggles of living with diabetes in her collection of poems, “Blood Sugar Canto.” Karla Cornejo Villavicencio is an Ecuadorian American writer who shares her experiences as an undocumented immigrant in her book, “The Undocumented Americans.”

In addition to discussing storytelling, Minich highlighted the history of exclusion that undocumented immigrants, especially those with disabilities, have experienced under U.S. health care policy.

“How is it that our society has come to deem some people as deserving of health and others as undeserving?” Minich said. “Going back to my opening story about Barack Obama and Joe Wilson, how is it that two politicians on opposite ends of the U.S. political spectrum can agree on the idea that an entire category of person, the undocumented immigrants, should be excluded from a national health care plan.”

According to Minich, U.S. society — and especially the health care system — centers able-bodied individuals and stigmatizes people with disabilities.

“Under a system of compulsory able-bodiedness, behaviors that do not maximize health are not only incomprehensible but subject to punishment,” Minich said. “Those unwilling or unable to perform normative health behaviors are seen not merely as responsible for their own ill health but as a burden on society, a drain on valuable resources, unworthy of care or protection and ultimately disposable.”

The notion that health is a choice is harmful to individuals with disabilities and can contribute to discrimination, according to Minich.

“When health is construed as the result of so-called good personal choices, motivation, restraints or discipline, those experiencing illness are constructed as indolent, gluttonous and negligent adjectives with a long history in racializing discourse,” Minich said. “In this way, health can function as both an outcome and a source of racial injustice.”

Health care should be expanded, as all of society benefits from collective health, according to Minich.

“Health is not a finite resource that becomes more scarce as more people access it. Instead, health becomes more abundant the more widely it is spread,” Minich said. “Simply put, when everyone in our community is healthier, everyone is healthier.”