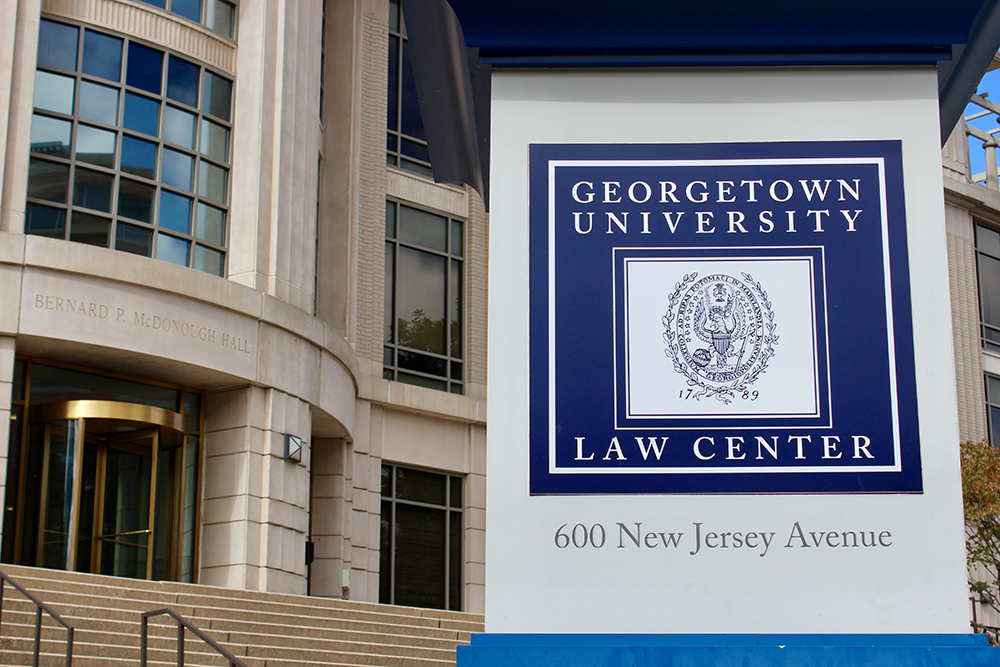 After the Georgetown University Law Center began mandating students to install an essay examination software, students launched a petition asking the university to halt the requirement, raising concerns about the privacy and accessibility of the software on Oct. 9.

The petition, now closed to signatures as of Oct. 23, garnered 595 Law Center students’ signatures. The petition requests that the administration address technical difficulties and other issues related to the software, Exam4, which is used for all take-home and in-class examinations, according to the Law Center Registrar.

When the Law Center announced the new requirement over the summer, Exam4 was incompatible with the latest versions of Windows and macOS. Assistant Dean and Registrar Simone Woung attempted to address the stated concerns with Exam4 in an Oct. 23 email to Law Center students.

“Due to extenuating circumstances, we were required to implement Exam4 sooner than expected in Summer 2018,” Woung wrote in the email. “Unlike our peer schools who use Exam4, Georgetown Law is unique in having exams mid-semester, and the issue of OS updates did not arise during the due diligence process.”

The Student Bar Association, which functions as student government, initially supported the petition. However, after meeting with officials from the registrar’s office, the SBA informed students in an Oct. 24 email that their concerns were sufficiently addressed during the meeting and they currently support the administration’s implementation of Exam4.

Woung expressed confidence that Extegrity, the company which produces Exam4, would release a new, compatible version of the software before exams began. As of Nov. 5, the latest iteration of Exam4 works with macOS and Windows, according to the Exam4 website.

“Two weeks ago the vendor updated the software to work with the latest Mac and PC operating systems, and Law Center officials met with students to discuss additional questions and concerns,” wrote Tanya Weinberg, the director of media relations for the Law Center, in an email to The Hoya. “The meeting was productive, with agreement that many of the key issues had been resolved.”

The Law Center’s decision to move from the previous online examination system to Exam4 was prompted by the university’s discontinuation of internal examination systems, Woung wrote in her email to Law Center students. Woung specified 10 different criteria the Law Center considered when selecting a new examination software; however, none of these criteria included operating system compatibility or student privacy and security issues.

“The Exam4 software is able to access and lock parts of students’ hard drives. It has monitoring functions. There is no documentation on how these functions work or what they can access,” the petition reads. “This is a massive violation of student privacy and may cause issues with students that have data protected by NDAs.”

Woung attempted to reassure students worried about data breaches in her email, saying that Exam4 does not access any non-exam-related data, Extegrity has assured the Law Center that it does not send any student data elsewhere and that the software is bound by the Law Center’s data security requirements and passed security testing in early 2018.