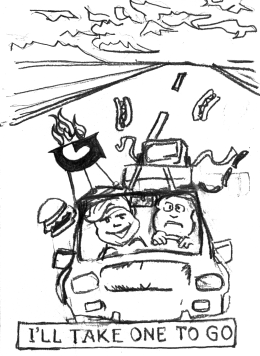 One of this week’s most popular IdeaScale proposals suggested that the university add at least one Zipvan to Georgetown’s recently expanded fleet of Zipcars. This would be a worthwhile extension of the university’s contract with the company.

Georgetown’s current fleet of eight Zipcars comes in a range of sizes, but Georgetown has yet to contract with the company’s companion service, Zipvan. Bringing Zipcars to campus was a focal point of last year’s Georgetown University Student Association campaigns, and it is generally regarded to be among the most appreciated achievements of the current GUSA administration.

The proposal, however, highlights the continued need for vehicles designed to transport larger groups and items. Whether they are student leaders making trips to Costco to supply a cookout or individuals moving between houses within the Georgetown neighborhood, various members of the Georgetown community would find a significant need serviced by the addition of Zipvans.

Universities all over the country have initiated contracts to bring Zipvans to their students. Although Georgetown would be the first in the D.C. area, many peer universities, including some in urban locations such as Los Angeles, have already established these programs on their campuses. If Georgetown continues with the policy in place for renting a Zipcar — where an individual, independent of his student group, signs a contract with the company — it should face no additional liability or financial burden while offering a feasible alternative to the cumbersome process of renting out university vans.

Hopefully, the proposal will receive enough “likes” in the coming weeks to drive the idea forward. If it does, campus leaders should continue to expand this popular and productive service.