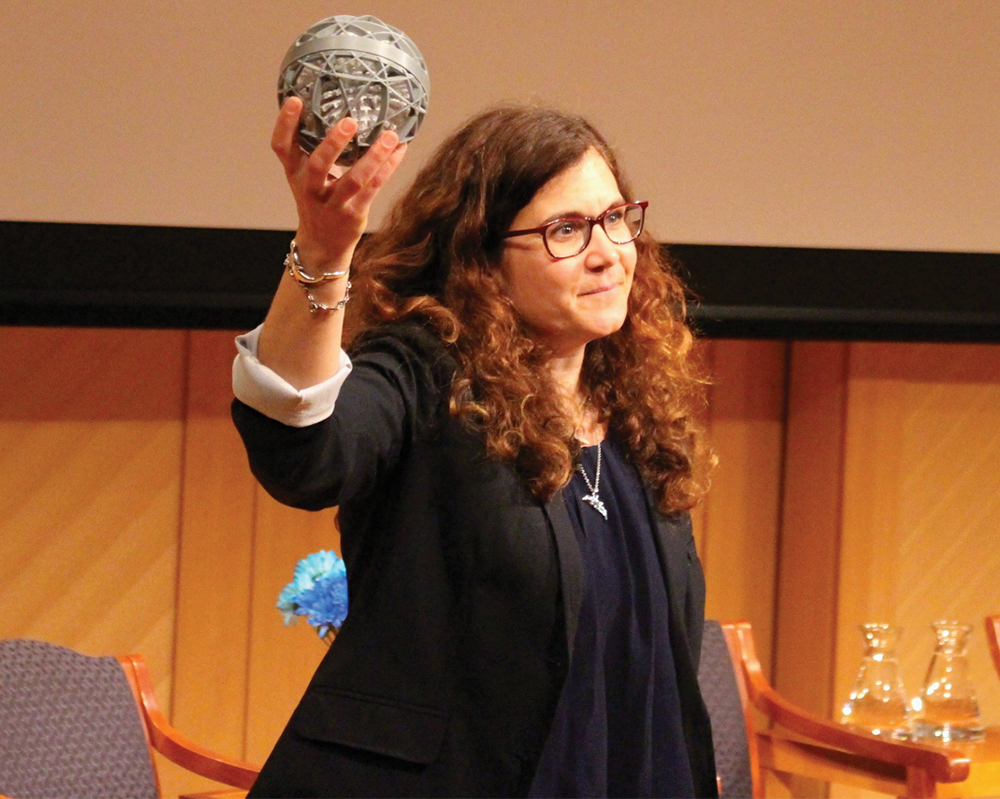 The Georgetown University Sustainable Oceans Alliance, a student-led environmental advocacy group founded at the university in 2014, hosted its second annual summit in the McDonough School of Business’ Lohrfink Auditorium on Saturday. The summit focused on spearheading ocean sustainability and solutions for solving problems such as ocean acidification, marine health and pollution. Approximately 100 people attended the summit in person, while 100 others watched via a live webcast.

Organizations from Georgetown and from The George Washington University, including the MSB’s Global Social Enterprise Initiative and corporate donor Ocean Beauty Seafoods, co-sponsored the day-long event. The summit included speakers from established conservation and industry groups like the Ocean Conservancy and newer groups like The Ocean Cleanup emphasized concerns surrounding the issue of ocean degradation at the summit and offered innovative solutions to the problem.

“This rapid global decline, [is a] cascading series of disasters that have happened in my lifetime and continue to happen in yours,” Helvarg said.

Ocean Foundation President Mark Spalding also noted numerous problems linked to declining marine health, including climate change and harmful fishing practices, as well as noise, debris and chemical pollution. According to Spalding, ocean acidification is the world’s most pressing problem as it has proven to deplete the krill on which entire ecosystems depend. Increased acidity in the oceans breaks down the calcium carbonate shells of the krill and results in lower survival rates for krill populations.

“If we fry the shells of these little tiny critters, we’re taking the bottom out of the system to feed our planet,” Spalding said. “This is the scariest thing happening to the ocean right now.”

Rachael Miller, co-founder of the Rozalia Project, which focuses on protecting marine ecosystems and improving ocean health, highlighted the danger in ocean pollution from synthetic microfibers, tiny cast-offs from fleece and other clothing. These fibers enter waterways from washing machines, killing plankton and entering fish tissue, and may later enter human bodies when the fish are eaten.

While no research yet confirms the effects of ingested microfibers on humans, Miller said she is fairly certain of their negative influence on human health.

Responding to ocean health degradation, Helvarg said action in the critical period of the next decade is imperative to assure a quality of life for future generations.

“I don’t know if we’re going to turn it around in time,” Helvarg said. “All I know is, if we don’t try, we fail, and this blue marble planet of ours is too exciting, fun and sacred to do that.”

Among the multiple ocean sustainability solutions presented at the summit, Miller unveiled a newly patented micro-fiber catcher—a 3-D printed, spherical floating filter that traps clothing fibers in a sea-anemone-like inner structure in washing machines to keep micro-fibers out of waterways.

Foreseeing a future marketing agreement perhaps with a conservation-minded detergent company, Miller said her new device is an effective and feasible solution to a concerning problem.

“This is a human scale solution to this problem, to stop it at our land-sea interface, which for this problem, is our washing machines,” Miller said.

Boyan Slat, 21-year-old founder and CEO of The Ocean Cleanup detailed his plans to gather and remove the thousands of tons of accumulated garbage currently floating in the Pacific Ocean with a monolithic impermeable barrier projected to be in place by 2020.

However, Director of the Ocean Conservancy’s Trash Free Seas Program, Nicholas Mallos, raised objections to Slat’s plan, stating that garbage collection closer to shore would be a more effective measure for catching the majority of trash entering oceans from river systems. This solution, according to Mallos would also avoid the possibility of a catastrophic storm-disaster at sea involving the barrier.

Among other solutions discussed, including the creation of a global system of marine protected areas, Spalding suggested many everyday actions that can alleviate ocean health decline, including avoiding single-use plastics, reducing carbon emissions and voting for conservation-minded candidates in the upcoming November elections.

SOA President Sarah Kim (COL ’16) said her goal for the summit was to alert students to the myriad ways of affecting positive change for ocean sustainability.

Natalie Kaliss (SFS ’18), who attended the summit and is interested in marine health, stressed that students could pursue ocean sustainability goals regardless of their major.

“I would probably tell [students] that no matter what you’re studying, whether it’s foreign affairs…or theology, the ocean—at least from what I learned today—seems to have an impact on each one of those fields of study,” Kaliss said.