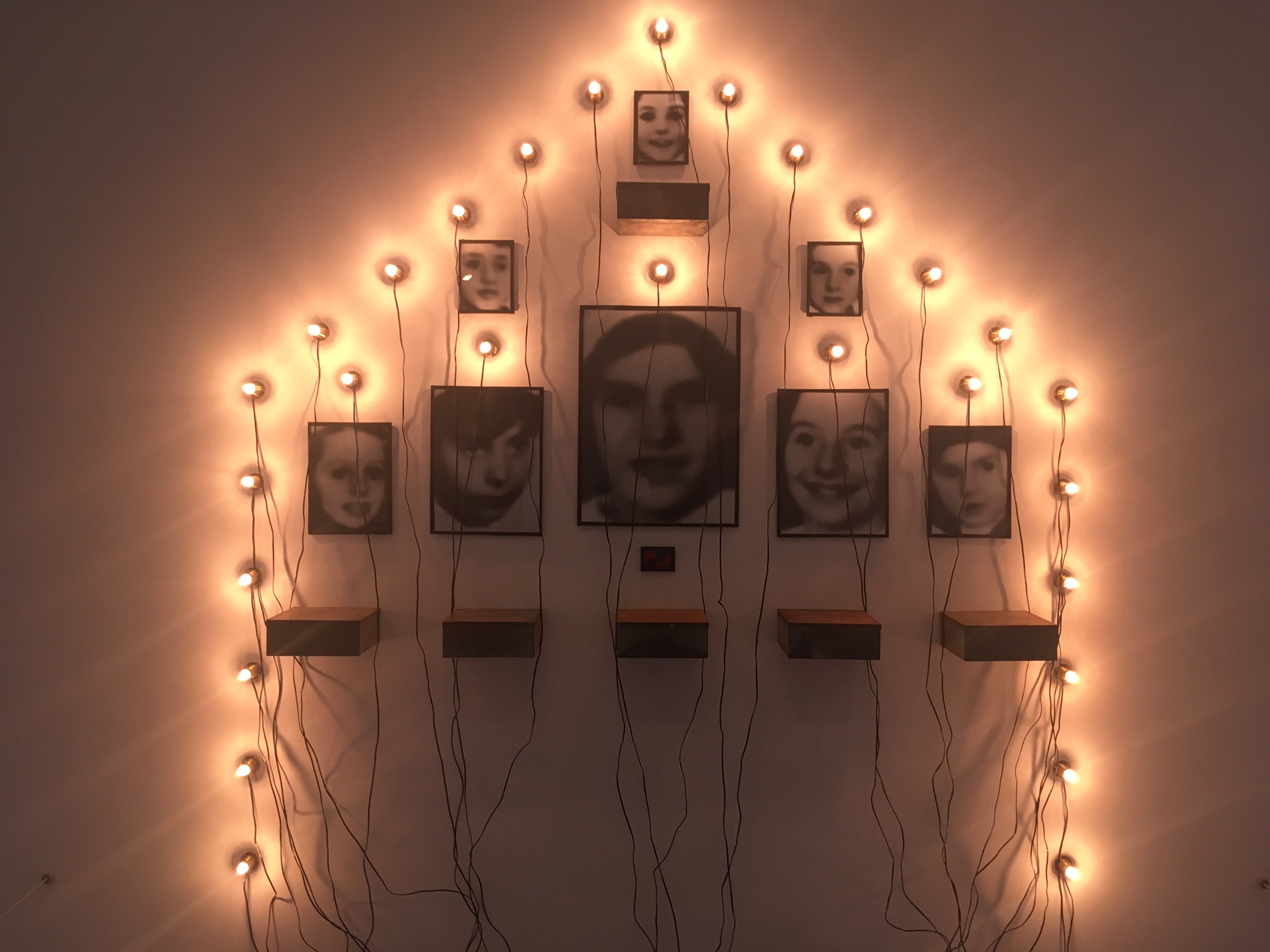 What is absence made of? How can we materialize absence? Is that even possible?

The Hirshhorn Museum and Sculpture Garden’s new exhibit, “What Absence Is Made Of,” confronts these questions through a variety of artworks and mediums. The exhibit is separated into five major subthemes: “The Dematerialization of the Art Object,” “The Body in Pieces,” “Close to Nothing,” “Memento” and “The Posthuman Body.” The topics are expressed through different elements of absence and loss, represented by fragmentation and open space.

The creation of the 70 pieces in this exhibit spans 70 years and provides a visually stunning and thought-provoking journey through absence.

The first section of the exhibit, “The Dematerialization of the Art Object.” immediately places the viewer in front of artist Joseph Kosuth’s “Titled (Art as Idea as Idea) [Idea],” a color photograph piece in which Kosuth attempts to create a “formless form.” Essentially, the idea is the real art while what is viewed is simply a manifestation of it.

“The Body in Pieces” section includes Louise Bourgeois’s “Legs,” Ana Mendieta’s “Untitled,” Lorna Simpson’s “Five Day Forecast” and Félix González-Torres’s “Untitled.” All of these pieces reflect the idea of fragmentation of the human body in some form.

“Nomad” is a stunning painting created by artist Annette Lemieux. Lemieux made the piece using her own feet covered in paint to depict process and movement.

Although the works of art are different in medium, they evoke many of the same ideas. For example, A.A. Bronson’s “Mirror Sequences” is a series of seven photographic self-portraits that each deconstruct his body differently using mirrors. Douglas Huebler’s “Drawing (Reflecting essence)” is a more abstract piece, composed of a sheet of paper with a blank center, through which viewers can see their reflections in the glass.

After passing by this piece, viewers are led into a large room with white paper covering the floor and hung from the ceiling, which epitomizes the exhibit’s namesake.

Past this interactive room is Hans Haacke’s “Condensation Cube,” an acrylic cube that reacts to its surroundings according to the moisture in the room. Haacke’s piece touches on another recurring thread in the Hirshhorn’s new exhibit: motion.

Japanese photographer Hiroshi Sugimoto contributed a series of works to the Hirshhorn as well. His photographs are all perfectly composed halves of black-and-white film, and depict an absence of human presence across time and space.

The intersecting themes of memory and loss are a focus of the exhibit. For example, Christian Boltanski’s “Monument” is a spectacular piece constructed with photographs, tin, lightbulbs, sockets and a transformer. In this piece, Boltanski creates a tribute to Jewish children whose fates are unknown in the aftermath of the Holocaust.

Another standout work in the exhibit is John Baldessari’s “Cremation Project, Corpus Wafers (With Text, Recipe and Documentation).” Baldessari burned all of the paintings he created between May 1953 and March 1966 and stored some of the ashes in an urn and baked the rest into cookies. The piece has six photographs of the cremation process above a glass display case with three documents inside: a cookie recipe card, a page of a newspaper and an unsigned affidavit of publication. In a second glass case is a jar of burnt cookies, presumably the cookies that were made with the ashes of Baldessari’s work.

The final section of the exhibit, “The Posthuman Body,” begins and ends with Ed Atkins’s “Safe Conduct,” and explores the dehumanizing effects of technology on human bodies. An audiovisual work, “Safe Conduct,” plays a disturbing looped video of a man pulling the skin from his body and dropping various objects — a gun, human hands and at one point, even a brain — into an airport security bin.

Through its boldly conceptual works of art and film, the Hirshhorn’s “What Absence is Made Of” incites viewers to contemplate violence and fear, and the feelings of loss that can result. As museumgoers pass by canvases and rooms filled with stark, blank space, they will stop to think about the strangely overwhelming presence of absence.

This exhibit is on display until the summer of 2019 at the Hirshhorn Museum and Sculpture Garden. Admission is free.