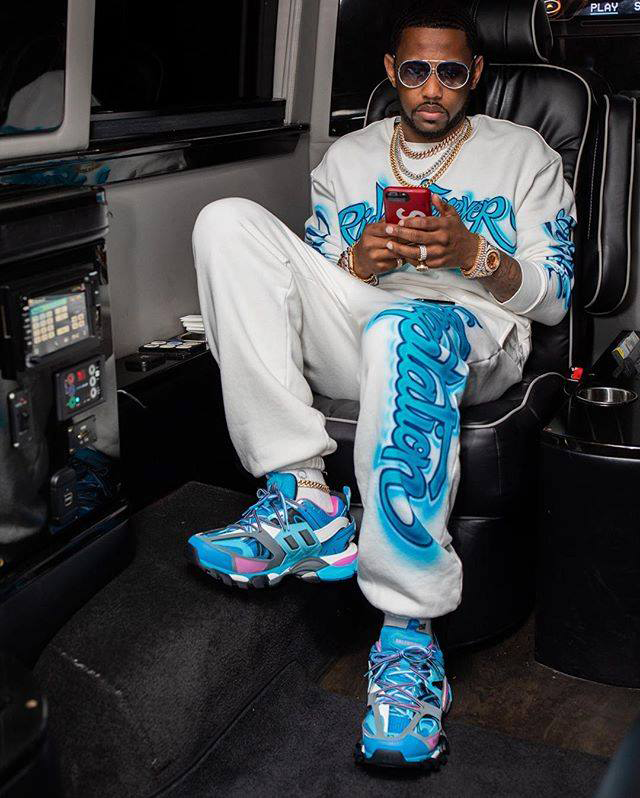 The university announced Sunday that Grammy Award-nominated John David Jackson, known by his stage name Fabolous, would perform alongside this year’s Hoya Madness host, radio personality Big Tigger, as well as student dance groups, cheerleaders and the Georgetown University Pep Band. Jackson is best known for his song “Into You,” featuring Tamia.

The announcement was quickly met with pushback by students when charges of domestic violence against Jackson came to light. Jackson was indicted on four felony charges in October 2018, according to a USA Today affiliate. The charges included one count of domestic violence with significant bodily injury, two counts of threatening to kill and one count of possession of a weapon.

H*yas For Choice, a student-run reproductive rights advocacy group, pushed for Fabolous’s disinvitation in a blog post written by Ollie Hanner (NHS ’22), a member of the group’s advocacy team.

Georgetown’s choice to invite Jackson to perform despite his criminal history did not align with the school’s Jesuit values, according to Hanner’s post published Tuesday afternoon before Fabolous’s event was canceled later that day.

“He doesn’t seem to be a glowing beacon of the cura personalis preached to us since freshman orientation,” Hanner wrote in the blog post.

Despite its blog post, HFC does not feel it directly influenced the disinvitation, HFC President Talia Parker (COL ’20) wrote in an email to The Hoya.

The petition, obtained by The Hoya, was addressed to Reed and signed by 13 students, most of whom were members of Pep Band. Students encouraged the university to reconsider Jackson as the musical act because of the rapper’s criminal history, according to the petition.

“We strongly urge Georgetown to reconsider the message it sends students in booking an act who has a history of domestic violence,” the petition said. “Georgetown Athletics, cancel Fabolous’ performance to condemn his past behavior and maintain the Hoya family as a welcoming and safe space for all.”

“After engaging with students, we have cancelled the musical act for 2019 Hoya Madness,” Reed wrote. “We take domestic violence very seriously and were unaware of the charges against the entertainer when he was booked through a third party entity.”

Though Pep Band was planning to participate in the Hoya Madness program regardless of the musical performer, the group approves of the decision to remove Jackson from the program, according to Pep Band President Elise Dumont (COL ’20).

“The Georgetown Pep Band fully supports Athletics’ decision to disinvite Fabolous, and is looking forward to supporting our wonderful student-athletes at Hoya Madness in anticipation of the 2019-20 basketball season,” Dumont wrote in an email to The Hoya.

The charges against Jackson stem from a March 2018 incident in which Jackson assaulted his partner and the mother of his two children, Emily Bustamante, in the face seven times, according to a USA Today affiliate. Bustamante lost two front teeth because of this incident.

In separate incidents that month, Jackson was also recorded waving scissors and cursing in a March 2018 TMZ video and has also threatened Bustamante’s father and brother.

In March, Jackson reached a plea deal with prosecutors who agreed to drop charges if Jackson completed a pretrial intervention program and maintained good behavior, according to TMZ. Jackson was not required to participate in therapy or anger management courses as a part of the plea deal, Brian Neary, the rapper’s attorney, said to TMZ in March.