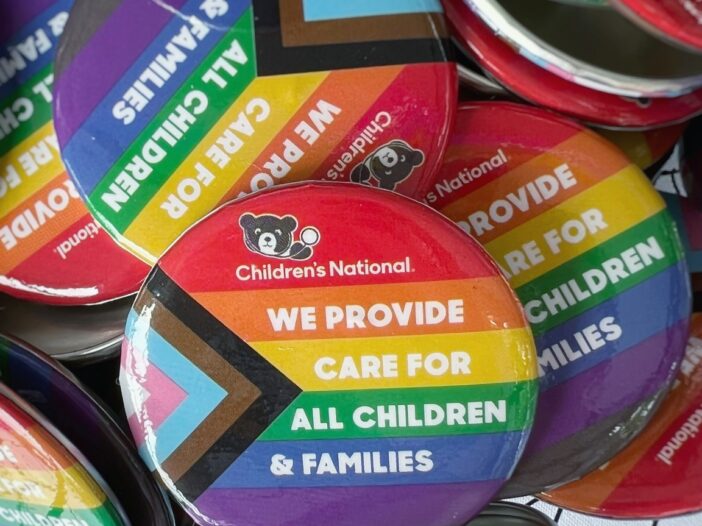 In a video posted on Twitter Aug. 25, Brooklyn real estate saleswoman and “Libs of TikTok” (LOTT) founder Chaya Raichik is heard asking two hospital phone operators whether they would be willing to perform a hysterectomy on her fictional 16-year-old transgender son. The operator asks Raichik how old her child is, and when Raichik says they are 16, the operator says the child is “in the clear.”

A hysterectomy is a medical procedure that removes a patient’s uterus as well as, in some cases, their ovaries and fallopian tubes. The World Professional Association for Transgender Health does not currently recommend hysterectomies for minors.

In the tweet, the group claims that the hospital was willing to perform the procedure on a minor.

“@ChildrensNatl admits in damning audio recording that they do ‘gender affirming’ hysterectomies on minors including 16-year-olds and ‘younger kids,’” the tweet accompanying the video reads.

A spokesperson for Children’s National told The Hoya that the hospital does not provide hysterectomies to minors, in accordance with a Washington, D.C. law prohibiting the hysterectomies on minors without a court order.

“We do not and have never provided gender-affirming surgery for anyone under the age of 18,” the spokesperson wrote to The Hoya. “We do not provide hormone therapy to children before puberty begins.”

On Aug. 27, Twitter suspended the group’s account for a week on the basis that it violated the platform’s standards for “hateful conduct.” In a blog post Sept. 3, Raichik threatened to sue Twitter if the account were to be permanently banned and attached a letter from her lawyers to the Head of Legal, Policy, and Trust at Twitter two days prior.

In the letter, Raichik’s representation claims her tweets did not constitute hateful conduct, arguing that they were not directed toward “a person or group of people” as outlined in Twitter’s hateful conduct policy.

“Even assuming LOTT’s reporting did incite others to “target” the hospitals — a demonstrably false allegation our client strenuously denies — it is unclear how that would violate Twitter’s hateful conduct policy since hospitals are corporate entities,” the letter reads.

Though the operators heard on the call gave inaccurate information, the Children’s National spokesperson said operators do not provide care to patients at the hospital.

“None of the people who were secretly recorded by this activist group deliver care to our patients,” the spokesperson wrote. “Care is individualized for each patient and always involves families making decisions in coordination with a team of highly trained pediatric specialists.”

Children’s National does provide primary and specialty care to transgender youth that is in accordance with the standards of care outlined by the World Professional Association of Transgender Health (WPATH), including hormone replacement therapy, STD/STI treatment and individual and family therapy.

Conservative news outlets Fox News and The Daily Signal, as well as many individual users on social media, shared the story without fact-checking with Children’s National, according to the spokesperson.

After the recording was posted, the hospital became the target of mass harassment on and off social media, according to the hospital spokesperson.

“Since the spreading of misinformation on Twitter, we have been the target of hostile and threatening phone calls and emails,” the spokesperson wrote. “We stand strong with our clinical teams and the transgender community.”

Some Twitter users suggested the hospital should be bombed and that hospital workers were “demons” and “groomers” who deserved death for being involved in the procedure.

The incident is one of several recent transphobic attacks by the group. In August, Boston Children’s Hospital faced similar transphobic threats after “Libs of TikTok” made similar claims that the hospital was providing gender-affirming hysterectomies to young children. Like Children’s National Hospital, however, Boston Children’s also does not provide hysterectomies to minors. LGBTQ+ care programs at hospitals in Pittsburgh and Phoenix have also been targeted by the same group.

“We foster a welcoming and inclusive environment for all, serving our LGBTQ+ patients and families in the full spectrum of their care,” Children’s National wrote in the tweet.