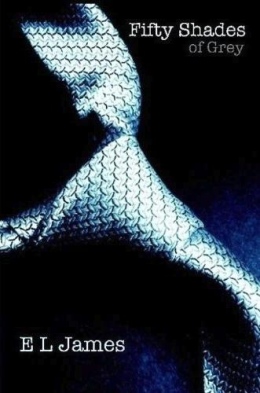 I’m often late to the party when it comes to popular literature. I caught up to The Hunger Games only after my beloved editor told me how great it was — and I wasn’t disappointed. So when she asked me to read E. L. James’Fifty Shades of Grey, I figured this similarly popular book would be a good read as well. I was dead wrong.

Frankly, I have no idea why anyone has given this book a positive review. I could not have found a bigger waste of paper if I tried.

On the first page, James introduces Anastasia Steele, a recent college graduate who is quickly swept up in the arms of Christian Grey, a young, self-made, smoky billionaire who seems perfect — minus his dominant-submissive sex habit. Told from Ana’s perspective, the book explores how she changes as she becomes involved with Mr. Grey.

Spoiler alert: She doesn’t change at all.

A lot of the rumors circulating about the book are true: Yes, Christian Grey controls — or at least tries to control — Ana’s every move. Yes, he has a contract drafted by his lawyer that she signs before they begin their role play. And yes, there’s even a special room where he keeps all of his “toys.”

I assumed I would find the story of a girl who lost herself in a submissive relationship — that the relationship would change her, forcing her to question herself. Frankly, the book would have been better if she had.

I wasn’­t at all surprised when she predictably fell in love with him — she gushes over him from the first chapter. I, too, would probably fall in love with a handsome man who paid for a luxurious lifestyle and gave me intense orgasms. So she falls in love with Mr. Grey but still walks out, even though he never once does anything to her without her permission. Their contract is never broken, but she inexplicably changes her mind.

What boggles my mind and frankly really annoys me is that Ana remains the same witty — albeitwhiney — college graduate throughout her relationship until she leaves. She has a brief relationship with a rich man who takes her virginity and has some weird habits but is good at sex. Then she leaves him because she suddenly decides that his habits are creepy. As my esteemed colleague JeremyTramer (SFS ’12) once wrote, ipso facto ergo latino, she’s a normal person, remains normal throughout the book and then continues to be normal.

James peppers the plot, if you can call it that, with the infamous sex scenes. The graphic nature of the book hasn’t been understated by critics: Some of the content is extremely explicit — but not in a good way. It’s done in the kind of way that makes me feel like I will never be able to wash away the shame from having read such disgusting details. After reading the book in Barnes & Noble, I felt like I had committed a humiliating crime.

The atrocious writing robs any credibility the book might have retained. The whole thing is so poorly crafted that nothing struck me as believable. I expected Fifty Shades to provide a unique take on sex. It does not. Nor does it provide any useful insight to the world of, shall we say, alternative preferences, because it lacks meaningful descriptions or any analyses.

When I brought up this point to a friend of mine, he reminded me that I have no way of knowing what is credible and what isn’t in these circumstances. This is true: Beyond the fact that I am also female and in college, Ana and I have nothing in common. But I have to think that if I’m questioning James’ command of the English language above a middle school level, it’s legitimate to question as well whether she knows what she’s talking about.

My biggest problem with the book was that the entire premise is completely unrealistic. I had a hard time believing that Ana, an independent, self-assured college graduate, who also happened to be a beautiful virgin who never dated anyone until she met Christian, decided to give up all her personal agency to him after knowing him for one weekend. I didn’t believe that his brother would just happen to fall in love with her roommate, giving them an excuse to hang out. And I couldn’t believe that Christian would be willing to pay for all her food, numerous flights on private jets, computers, cars, Blackberries, et cetera in order to keep an eye on a girl he’s just met but still wants to do daily, nightly and ever so rightly every weekend. This isn’t a substantive story but rather the wistful daydreams of a hormone enraged 15-year-old with a dirty imagination.

Apparently there’s a second and third book in the series. I have no idea why. I thought we were done with boring Ana and her weird little sex life. I cannot imagine what James has against trees that she keeps producing these “novels.” While I understand I can’t actually stop you from buying this book, I wish I could. You’ll never get back the time — or money — wasted.