“When Mr. and Mrs. Dursley woke up on the dull, gray Tuesday our story starts, there was nothing about the cloudy sky outside to suggest that strange and mysterious things would soon be happening all over the country.”

From the first few paragraphs, Harry Potter got me. I was enthralled by the idea that an amazing, magical world could exist just beneath the surface of the infinitely duller Muggle one. I imagined that one day a parliament of owls could appear in the cloudy suburban sky, spiriting me from a mundane world of predictability to a glittering one of adventure and true friendship.

When Harry arrived at Hogwarts, I only fell deeper in love. It was everything I’d ever dreamt of, though I’d lacked the vocabulary and imagination to articulate it. It was a beautiful sprawling castle where magical adventures and a cocoon of love and belonging exist intertwined.

As I grew up with Harry, I subsumed his struggles and successes into part of my own boring life experience. On some level, I’ll still never shake that 11-year-old belief that I was there, that I survived all of the heartache, joy, discovery and adventure side by side with Harry.

Harry Potter will always be more than a book series to me. Like to many of my generation, it’s part of my upbringing — it was the first literature that molded my moral compass, that taught me to value love, friendship, courage, loyalty and intelligence. It gave me unshakable role models in the characters of Hermione (my frizzy-haired doppelganger) and Dumbledore (my sagacious grandfather). It revealed to me my overwhelming love of reading, leading me to the whole worlds available through the pages of a book.

This is exactly why I wish that J.K. Rowling would stop writing about it. The books are perfect. She’s woven together a vibrant and beautiful tapestry of stories set in a world that’s at once fantastical and believable. She’s created a flawless haven for the ostracized, the ill-fitting, the adventurous and the dreamers. The amount of love and fanatical adoration the series has received is proportional to the care and imagination that was poured into the books.

And I just can’t accept any extra-canonical information. Of course, part of me craves more details, more background straight from the genius mind of J.K. Rowling. But more of me is convinced that the only place it can go is down. It’s so perfect and so important — I’m nothing short of terrified that any of these extra nuggets will in some way taint the stories that have captured my and so many others’ hearts.

Harry Potteris complete. It finished like it began — in a blaze of triumph, love, and adventure. Returning to it now will only ever dull in comparison to the original works. 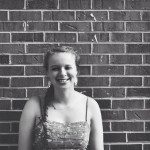