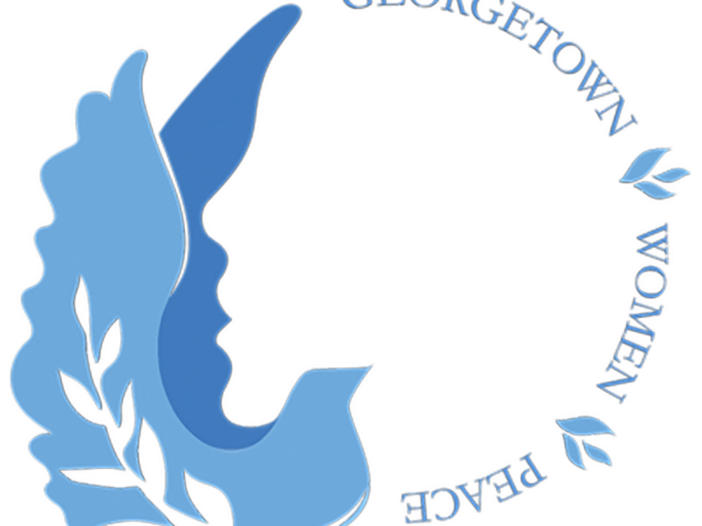 The GPS certificate, which is issued by the Georgetown Institute for Women, Peace and Security, is a 15-credit program that focuses on gender-sensitive peace and security issues. The certificate launched in 2020 and currently supports an inaugural cohort of about 25 graduate students. Ndeye Radia Mbengue (GRD ’20) and Emma Dorshimer (GRD ’20), who both earned master’s degrees in conflict resolution, were the first two students to earn the GPS certificate.

The certificate program is an opportunity for Georgetown students to specialize in gender dynamics while studying the role of conflict and peace building across the globe, according to Dorshimer.

“It’s a gratifying feeling to graduate with a certificate in Gender, Peace and Security, especially in the middle of a pandemic that is affecting women and gender minorities very hard economically and personally,” Dorshimer wrote in an email to The Hoya. “Being a member of the inaugural group feels really special, mostly because I know this is only the beginning for not only the certificate program, but also for this kind of work in general and the directions that recipients can take this knowledge and apply it.”

“Generally, the classes offered at Georgetown in different master’s programs, although they are very focused on development, international work and security issues, most of them miss how gender should be mainstreamed and integrated into all of the efforts,” Mbengue said in a phone interview with The Hoya. “Most of the time, it is integrated as an added factor, but it should also be seen as the core of all these theories or development projects.”

Since the certificate was launched in March 2020, student awareness and interest in the certificate has only grown, according to GIWPS Executive Director Ambassador Melanne Verveer (SLL ’66, GRD ’69).

“It complements but doesn’t duplicate existing concentrations and certificates,” Verveer wrote in an email to The Hoya. “It provides a special opportunity to students who seek to augment their understanding of the dynamic between gender and international peace and security.”

The GPS certificate curriculum highlights how gender issues are present in all aspects of foreign policy, such as military training and development assistance, especially in post-conflict countries, according to Verveer.

“This underscores how relevant issues of women, peace and security are to conflict-affected countries, as well as to foreign policy in these areas,” she wrote. “It’s also important for gender responsive policies and programs to address climate change, to counter violent extremism and to advance programs in fragile states.”

Issues of gender have long been ignored in the development of foreign policy, according to Jennifer Grosman Fernández (GRD ’21), a member of the certificate’s inaugural cohort.

“Every Georgetown graduate student should understand how gender impacts foreign policy and the GPS program is a fantastic resource to expand the traditional foreign policy lenses studied in the classroom,” Fernández wrote in an email to The Hoya.

The GPS certificate program underscores the importance of curriculum that highlights intersectionality, according to George Shambaugh, director of the Master of Science in Foreign Service program, one of the degrees that offers students the ability to earn the GPS certificate.

“It certifies that those issues matter because the students that come out with that degree — with that certificate rather — have an identifier that says not only did they study these things, but that the university, that academia, that society should take these things seriously,” Shambaugh said in a Zoom interview with The Hoya. “I think that’s good across the board.”