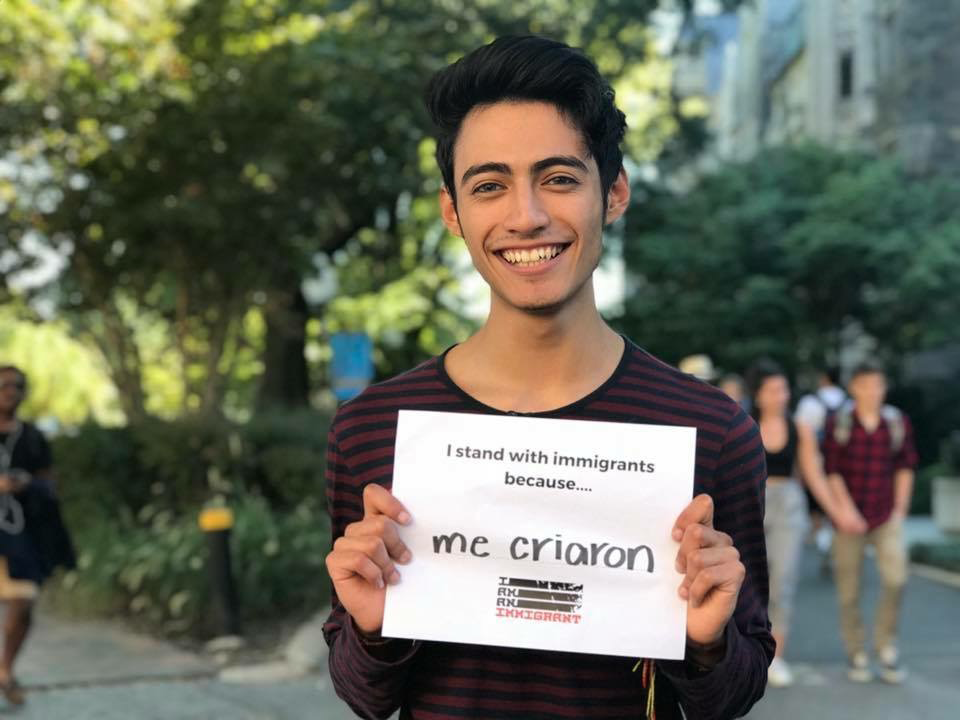 Martinez, the former transition chair of the Senate, became president per GUSA bylaws, due to vacancies in the positions of president, vice president and chief of staff, after the resignations of Naba Rahman (SFS ’19) and Aaron Bennett (COL ’19) on Sept. 14. Nair resigned Sept. 11 amid sexual misconduct allegations.

Kenna Chick (SFS ’20), the former Chair of GUSA’s Mental Health Policy Team, was confirmed as Vice President on Oct. 2. She is the first person of East Asian descent to serve on the GUSA Executive team.

While excited to be the first Latinx GUSA president, Martinez’s appointment highlights a historical lack of representation of marginalized communities in GUSA and on campus, Martinez said in an interview with The Hoya.

“Just acknowledging the fact that there hasn’t been a Latinx president just speaks to the lack of representation that is in the leadership, and also just in general at this university, and in institutions outside of Georgetown and GUSA,” Martinez said. “There is such a lack of representation when it comes to people who hold not-privileged identities. And so while I wanted to be happy about it, I also had to confront the fact that it speaks volumes to the disadvantages that have historically been placed on marginalized communities.”

According to Martinez, he and Chick plan to focus on creating a more inclusive GUSA environment, especially for traditionally marginalized communities.

“I’ve been involved in GUSA since my freshman year as a senator, and since then, every year, I’ve made a big part of my platform ensuring that we’re reaching out to groups that are under-represented in GUSA such as people of color, or minority groups like people who are part of the LGBTQ community, non-cisgender identifying people,” Martinez said. “Now that I’m president, I’m going to continue doing that work to make sure that GUSA is not a space that is perceived to be exclusive to a certain demographic or a certain group of people.”

The lack of people of East Asian descent in leadership worries Chick, because diversity in executive decision-making is crucial, she said in an interview with The Hoya.

“It goes back to how representation is very, very important. I think that sometimes in terms of representation, there are very, very few East Asian people who are involved in policy and governing,” Chick said. “Just given that this is an opportunity, I think that it is important that we have a variety of different identities in office, and I think that those really do carry weight when it comes to policy-making.”

The circumstances surrounding the resignation of the previous administration made his sudden appointment as president bittersweet, Martinez said.

“There’s a lot of conflicting feelings that come from having to ascend to the presidency in this way. It obviously wasn’t something that was at all foreseen by anyone, and when it happened, a lot of people were congratulating me and telling me, ‘Oh, we’re so happy that you’re student body president now, and you’ll do a great job,’” he said. “ But, you know, a lot of bad stuff had to happen. A lot of events had to happen for me to be here, and not good events, so it’s really hard to say that I’m happy to be student body president.”

Martinez’ term will conclude with the election of the next GUSA executive, which typically occurs in the first week of March. Martinez is excited to give back to the Georgetown community and to support students to ensure that their needs are always primary.

“Given all the support I’ve gotten since my freshman year here, I’m glad to be in this position because it makes me feel able to give back to the student body and this university for the ways it’s supported me,” Martinez said. “ I acknowledge that the University has a lot of things it can change in better supporting students of different identities, and I will put in the work to recognize that they can do a lot of good, but also sometimes they need to be pushed a little bit to do that good for students.”

This article was updated June 23 to indicate the absence of Title IX or Office of Student Conduct complaints against Nair and to include comment from Nair.

Resources: On-campus resources include Health Education Services (202-687-8949) and Counseling and Psychiatric Services (202-687-7080); additional off-campus resources include the D.C. Rape Crisis Center (202-333-7273) and the D.C. Forensic Nurse Examiner Washington Hospital Center (844-443-5732). If you or anyone you know would like to receive a sexual assault forensic examination or other medical care — including emergency contraception — call the Network for Victim Recovery of D.C. at 202-742-1727. Emergency contraception is available at the CVS located at 1403 Wisconsin Ave NW.  To report sexual misconduct, you can contact Georgetown’s interim Title IX coordinator at 202-687-9183 or file an online report here.