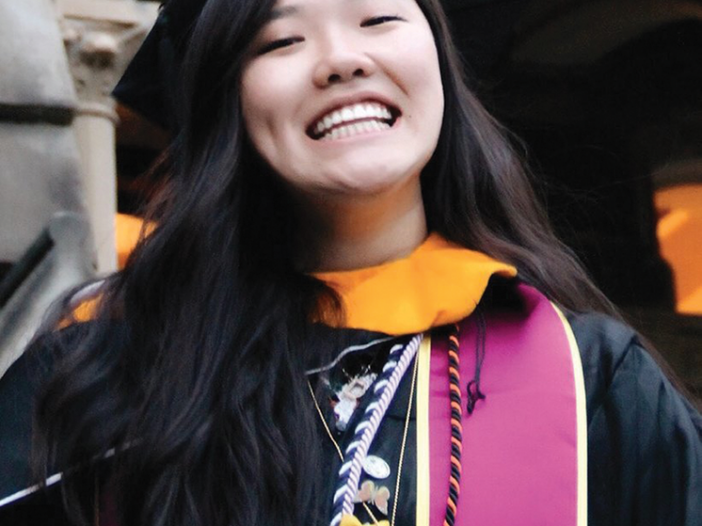 The Georgetown Law Journal has elected its first openly undocumented editor in chief and appointed what is believed to be its most diverse class of editors to this year’s masthead.

The makeup of this year’s editorial board demonstrates a marked difference in representation compared to previous years’ membership, according to Lee.

“This year, just by seeing the faces in the Zoom room, we have significantly more people of color and Black and indigenous students in the room than we did in previous years,” Lee said in a phone interview with The Hoya. “I will say that is not an incredibly high bar to jump over. Law reviews are historically male and very white spaces, but the membership is looking quite diversified relative to the years prior.”

Lee’s selections for this year’s senior board prioritized representation, according to Toni Deane (LAW ’21), last year’s editor in chief and the journal’s first Black editor in chief. During her tenure, Deane said her top priority was to ensure diversity among the authors, topics of scholarship and the members of the journal itself. These efforts for greater representation were reflected in this year’s class of editors, the most diverse class the journal has ever seen, according to Deane.

“It has already been a joy to see how much Agnes and her senior board have done in their short time leading the Journal and I cannot wait to see the strides that the Journal continues to make under her lead,” Deane wrote in an email to The Hoya. “She is a true gem, not only to the Journal, but to the legal field, and it would be a disservice if we did not listen to what she has to say.”

Lee, as the fifth woman in a row to lead the journal, is carving a path for future leaders, according to Law Center Dean William Treanor.

“Her commitment to intellectual excellence that furthers the pursuit of justice is not just commendable, it is bound to be consequential,” Treanor wrote in an email to The Hoya. “As the first openly undocumented editor of our flagship journal, she is a trailblazer who I fully expect will open not only new avenues of legal discourse, but will open new pathways for other incredibly talented students to follow in her footsteps.”

In previous years, applicants to the journal were evaluated on their first-year grades and a written submission that provided analysis on a case. However, in recent years, the application process has been expanded to include a diversity statement, an essay in which applicants identify how their identity and personal experiences would contribute to the diversity of the journal, which can be submitted by students who meet a certain score threshold from their grades and case comment, according to Lee.

In addition to changing the application process, Lee said the journal has recently instituted a membership demographic survey to determine how to best serve its members.

The journal’s changes attempt to respond to the historic lack of representation of students of color in its membership and grapple with the impacts of systemic racism in the United States. Last year, following the police murder of George Floyd, Georgetown Law Journal engaged in conversations with the editors in chief of eleven other journals at the Law Center, including The Georgetown Journal of Legal Ethics and The Georgetown Journal of International Law, to discuss the journals’ roles in perpetuating inequalities in the community, according to a September 2020 joint statement released by the journals.

Having a diverse board means the journal has the opportunity to portray the state of legal discourse and the legal system in a representative way, according to Jesus Rodriguez (SFS ’19, LAW ’22), the journal’s senior articles editor, who works with the EIC to oversee the article selection process. (Full disclosure: Rodriguez is a former managing editor for The Hoya and member of The Hoya’s Board of Directors).

“I think what makes this board and this volume so special is the overwhelming diversity that we have been able to achieve since implementing some important tools and mechanisms to essentially reflect not just the diversity of the legal field itself but also the diversity of communities that are impacted or affected by the legal system,” Rodriguez said in a phone interview with The Hoya.

This volume’s senior editorial team shows how legal scholarship and critical discussion can include all voices, according to Eun Hee Han, an associate professor of law who taught Lee during her first year at the Law Center.

“I think it sends a message that seems to be particularly needed at this point in time — that those of all backgrounds belong and can belong in the discourse of law,” Han said in a phone interview with The Hoya.

The new senior board will promote open-minded points of view in the journal’s publication, according to Han.

“The fact that they have diverse experiences might also mean as a practical matter that they are more open to scholarship that also discusses diverse experiences.” Han said. “I think that is an important step forward for the masthead of the premier journal for Georgetown to make or show.”

Since becoming editor in chief, Lee has felt pressure to serve as a representative for undocumented people in addition to fulfilling her responsibilities to the journal. While national coverage has focused on her identity as undocumented, Lee hopes to emphasize that she is only one person who is focused on highlighting the strengths and support of her new board, she said.

“I have tried to center myself so far by remembering what my job is, and my job is not to talk to media often or to present ourselves to the public consistently and prove my worth to the public,” Lee said. “But it is to support the members of GLJ, to support the authors and the scholarship that gets submitted to us and to be a safe and supportive house for all of the resources that get siphoned through us.”

This article has been updated to clarify Jesus Rodriguez’s involvement with The Hoya. An earlier version of the story said that Rodriguez was an executive editor for The Hoya. Rodriguez served as managing editor and a member of the Board of Directors.