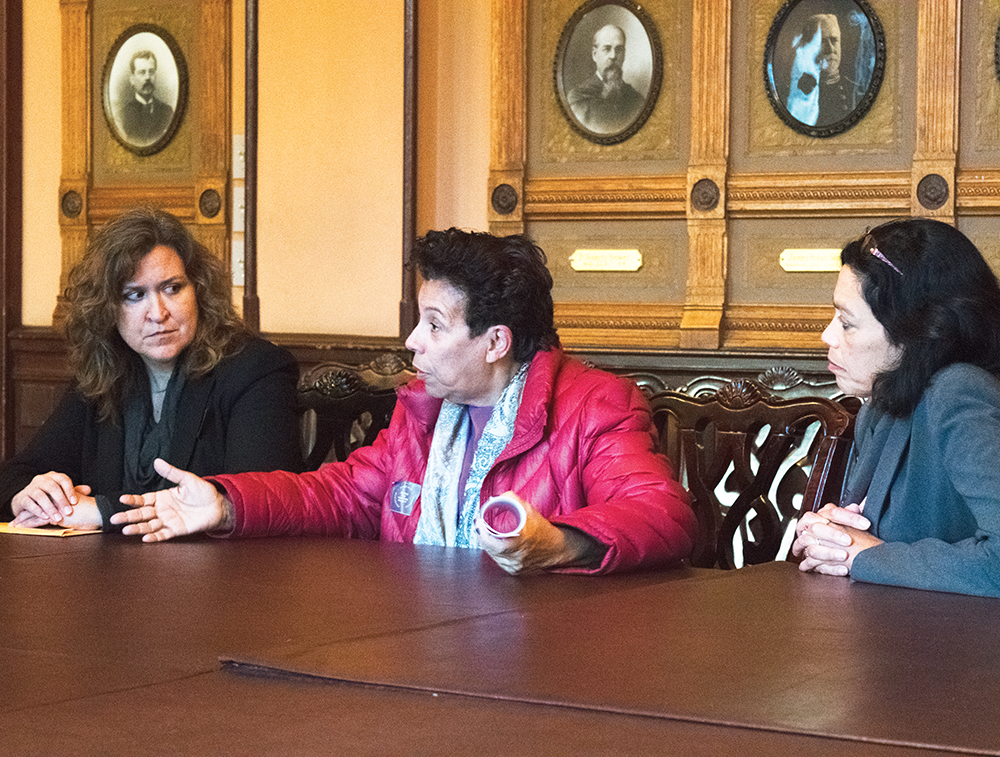 Negotiations for a new collective bargaining contract between Georgetown and more than 1,000 adjunct professors concluded Oct. 31 with a final proposal to be voted on by union members, following five months of discussions.

The university presented a final offer Tuesday to the six-person bargaining team, which includes two union staff members, representing the more than 1,000 adjunct professors who teach here. The proposal includes an increase in the minimum compensation adjuncts receive per course taught from $4,700 to $7,000 and the creation of an exploratory committee for a regular part-time position, according to an email sent by the Provost’s Office to main campus faculty Nov. 1.

“I am pleased to report that the union has agreed to present our contract offer to its membership for a ratification vote,” Provost Robert Groves wrote. “We have created a package that increases compensation, rewards longevity, and improves appointment predictability for adjuncts.”

But some adjuncts said they were not satisfied with the proposal because the university’s proposed increase would not affect most adjuncts, who already earn above the minimum rate.

The proposal also states that adjuncts who have been teaching at Georgetown for five years shall receive a flat $250 increase per course in their wages. The university did not agree to provide health care benefits, though it did stipulate the creation of a joint labor management committee to survey adjuncts’ access to health care through other means and the creation of a regular part-time position.

According to adjunct professor of theology Kerry Danner-McDonald (COL ’93), the staff of the union that represents them — Service Employees International Union Local 500 — told adjuncts they were required to vote on the proposal.

Both the union and the university declined to comment on whether all final university proposals must be brought to a vote.

SEIU Local 500 reported the results of negotiations to adjuncts in an Oct. 31 email saying it believed the agreement was “a fair contract.”

“Although we recognize that there are further gains to be made in the future, we believe that this is the best possible settlement we can reach at this time with Georgetown,” the union wrote.

The proposal includes a nearly 50 percent increase in the minimum rate per course in three staggered yearly raises beginning this fall and continuing through fall 2019.

SEIU Local 500 is set to determine a date for a unionwide meeting to discuss the proposal, although it has begun to send voting ballots via mail. If ratified, the contract would enter into effect this fall and last until June 2020.

The Hoya previously reported the average adjunct earns $7,750 per three-credit course, the highest average rate among local universities, yet trails the earnings of adjuncts at peer universities. At Duke University, for example, the mean rate is $8,207 per course.

Conway said the bargaining team’s efforts will now focus on advocacy and raising awareness for adjunct professors’ situation, including reaching out to student groups such as workers’ rights advocacy group Georgetown Solidarity Committee.

Correction: An earlier version of this article characterized the proposal as a “tentative agreement.” There is no such agreement. Additionally, the email from the Provost’s Office was sent Nov. 1, not Oct. 31.