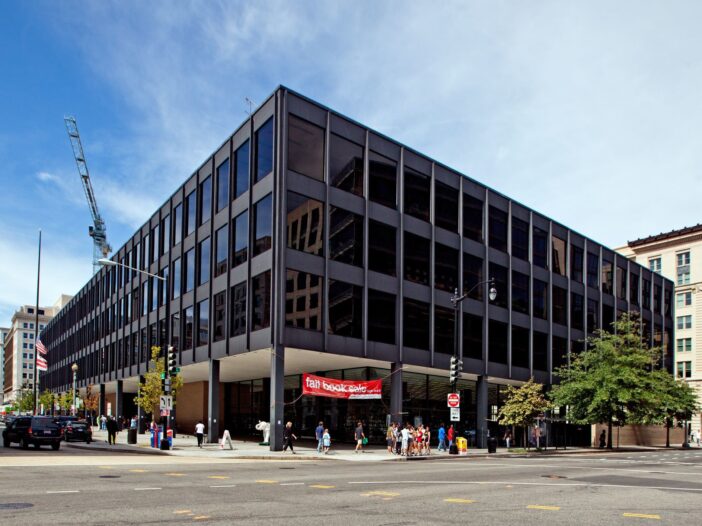 The move comes after thousands penned letters demanding the board of trustees reverse their Jan. 26 decision. DCPL Executive Director Richard Reyes-Gavilan had recommended naming the main auditorium of the library, which underwent a three-and-a-half-year, $211 million renovation ending in 2020, after Bezos following his December 2021 $2.7 million donation to the library system. Bezos’ donation is the largest contribution in DCPL history and will support Beyond the Book, the library system’s flagship literacy program, according to a DCPL spokesperson.

Following the board’s vote, MLK Library Friends and Mt. Pleasant Library Friends, nonprofits that provide support for their respective libraries, sent letters to Reyes-Gavilan and the board demanding the reversal of the vote. Additionally, an independent petition campaign has delivered over 19,000 letters of disapproval to library trustees.

Bezos does not have a connection to the D.C. community, according to a Feb. 3 open letter written by the MLK Library Friends.

“Bezos played no role in building or preserving the DC public library system,” the letter reads.

“Bezos, we must note in connection with taxpaying residents, is also controversial for paying a lower rate of tax on his income than average Washingtonians pay on theirs.”

Bezos paid $1.4 billion in personal federal taxes between 2006 to 2018 on the $6.5 billion he reported in income, a tax rate of 1.1%. Meanwhile, the average District resident pays 11.63% of their income in combined taxes annually.

Bezos’ actions do not live up to King’s values and activism, according to the letter, which was written following the approval of the naming proposal.

“Most importantly, as many have already noted, Bezos’ operating principles to date have often been at odds with the values for which Dr. King gave his life,” the letter reads.

“Jeff Bezos has no deep ties to the D.C. area and his treatment of his workers has led such organizations as Amnesty International to ring alarm bells,” Izurieta wrote to The Hoya. “In addition, some of Bezos’s work has been directly harmful to public libraries.”

Amazon has historically refused to sell e-books to libraries, severely restricting access to low-income readers. The American Library Association has denounced bans like Amazon’s as major obstacles to libraries.

Following the backlash, Bezos requested the auditorium be named for Morrison instead of himself. Bezos noted a personal connection with the late author, according to an email Bezos sent to DCPL Foundation Executive Director Rob Hartman obtained by The Hoya.

“I never sought naming rights associated with my gift to the library. When you subsequently informed me it was the largest gift in the library’s history and offered to name the auditorium the Bezos Auditorium, I was honored and grateful,” Bezos wrote. “Since then, some in the community have suggested a person of color would be more appropriate as a name for the auditorium, especially as it sits inside the Martin Luther King Jr. library. That makes considerable sense to me.”

The DCPL welcomed Bezos’ suggestion to rename the auditorium after Morrison, according to Reyes-Gavilan.

“We are thrilled that Jeff Bezos has recommended that the MLK auditorium be named for Nobel Prize-winning author Toni Morrison,” Reyes-Gavilan wrote to The Hoya. “We could not think of a better individual to be honored in our beautiful new building.”

While Izurieta endorsed Bezos’ request that the auditorium be named after Morrison, he said community members should have a voice in the decision.

“We are huge fans of Toni Morrison, but we believe that DC public library patrons should have a chance to be heard on who they think the library auditorium should be named after, not Mr. Bezos,” Izurieta wrote. “We are seeking transparency on how the naming process works as well as implementing a procedure for naming the auditorium that involves the input of DC Public library patrons.”