It’s everybody’s favorite time of year again: football season. The return of football must be a breath of fresh air for many as last year’s season was so unpredictable, for both off- and on-the-field reasons; the best player in the league missed 15 games due to a suspension because he mistreated his children, and a separate star running back missed the entire season for punching his fiancee in a hotel elevator; meanwhile, the defending Super Bowl champions lost the Super Bowl due to a decision to pass at the 1-yard line with under a minute left and the Super Bowl MVP couldn’t escape the headlines about the pressure of his team’s footballs in the AFC Championship.

The 2014 season was crazy, to say the least, and 2015 will have a tall order of providing fans with more excitement. Here are a few things to look for in the upcoming season:

1. Who will be the Patriots’ quarterback in Week 1?

Tom Brady is a superstar. This past Super Bowl, Brady won his fourth ring and earned his third Super Bowl MVP honor, cementing the assertion that he is the greatest football player of all time. However, offseason drama might leave Brady on the sidelines during Week 1. Brady is facing a four-game suspension, which is currently being reviewed in federal court, for a combination of ball tampering in the AFC Championship and the failure to cooperate with the NFL’s coinciding investigation. Brady is still awaiting the results of his appeal in court, but if the Patriots are forced to start second-year quarterback Jimmy Garoppolo, the season could start off roughly for the defending champs.

2. Who will be the league’s best running back?

The NFL is now a passing league and great running backs are a dying breed, but in recent years, some running backs have risen above the rest. However, there are huge question marks surrounding the league’s premier backs.

Adrian Peterson of the Minnesota Vikings missed 15 games last season due to suspension, and experts have yet to determine whether that will help or hurt him in the upcoming season. Le’Veon Bell of the Pittsburgh Steelers had a breakout season last year after rushing for 1,361 yards, but he hurt his knee at the end of last year and the uncertainty around his reconstructed knee is a cause for concern. Lastly, the Philadelphia Eagles’ running back DeMarco Murray, formerly of the Dallas Cowboys, has departed the comfortable confines of the Dallas offensive line and will have to adjust to a brand-new offense in Philadelphia. Will one of these three manage to grab the throne as the league’s best back? Or will Jamaal Charles or Eddie Lacy finally break through and take the league by storm?

3. Can anybody beat Seattle?

The Seattle Seahawks won in 2013 and were one yard away from winning in 2014. The Seahawks’ quarterback, running back and league-leading defense will return this season, in addition to their new acquisition Jimmy Graham, the second-best tight end in all of football. Certainly, the coaching staff has learned from the mistakes they made in the last Super Bowl. Put it all together and you get a wiser, tougher and all-around better team that’s eager to reclaim what should have been its. What teams are set to be its biggest competition in the NFL? It’s hard to say since the Patriots were depleted of their secondary. All the NFL teams will have the difficult task of overcoming the Legion of Boom in Seattle this year. 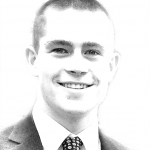 Jake Foote is a rising sophomore in the College. This is the final appearance of The Hot Stove.