Rewind to 1995. Kevin Garnett, an 18-year-old from Chicago just one month removed from his high school graduation, declares for the NBA Draft. Graced with fluid athleticism and pterodactyl-like length, he is selected by the Minnesota Timberwolves with the fifth overall pick. Garnett would dominate almost immediately, going on to become a 15-time NBA All Star, an NBA MVP, and a sure bet as a Hall of Famer. The jump from the high school ranks to NBA stardom didn’t stop at Garnett. Kobe Bryant, Tracy McGrady, LeBron James and Dwight Howard all became transcendent athletes without ever attending college.

However, every success story was followed by numerous high schoolers that met a gloomier fate. Kwame Brown skipped college to be the first pick in the 2001 draft, only to average 6.6 points per contest in his career. Others declared for the draft and did not get selected. Ultimately, too many promising players were falling through the cracks, ending up unemployed and without a college degree before their 21st birthday.

To combat this, the NBA implemented a new age limit in 2005. The rule change mandated that players be at least 19 years old and one year removed from high school before declaring for the draft. As a result, college coaches are scrambling to get just one year of play from future NBA stars, and college basketball, an amateur game intended to aid the growth of players, is separating itself from education and development.

The NBA should make an adjustment and if they had any sense, they’d use Major League Baseball, which has been able to stress development both collegiately and professionally, as an example. So how would I fix these problems?

First, expand the draft. Make it eight rounds, and make every high school basketball player eligible for the draft. Like in baseball, if a player is not drafted out of high school, he would be able to go to school and get selected in later years.

Once a player is drafted, negotiations should be up to the NBA team. If the player doesn’t like the deal, he can attend school. It should be noted that if he goes to school, he would only be eligible once he is at least two years removed from high school. If a sophomore in college cannot come to terms with the NBA team that selects him, he would then have the option to go back to school and reenter the draft the following year.

Additionally, the NBA Developmental League needs a makeover, starting with contracts. In today’s D-League, players play for minimal salaries in the slim hopes that they might catch an NBA team’s eye. Many players instead opt for higher salaries overseas, which drives talent away from the NBA and can force deserving players to give up on their NBA dream.

High school players that need money should be able to sign out of high school and make, let’s say, half the NBA minimum contract in the D-League, which wouldn’t go against the NBA team’s salary cap. Once that player is called up, a legitimate NBA contract could be worked out, benefitting everyone. Each NBA team should also have its own D-League affiliate, with 15 roster spots, intended for development and fashioned after Minor League Baseball.

For example, guard Archie Goodwin was drafted late in the first round of the 2013 NBA Draft after one year at Kentucky, but had this proposal been in place, he probably would have been a second or third round pick out of high school. If his family needed the money, he could have signed and worked his way up the ranks, but if he wanted a chance at the first round, he would have had to wait at least two years at Kentucky to get that opportunity.

Ultimately, altering the draft would benefit NBA teams, high school players, college basketball and the overall development of the sport. It’s just up to the NBA to realize this. 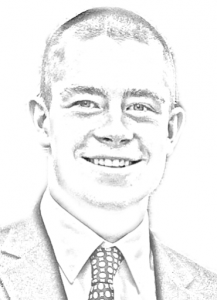