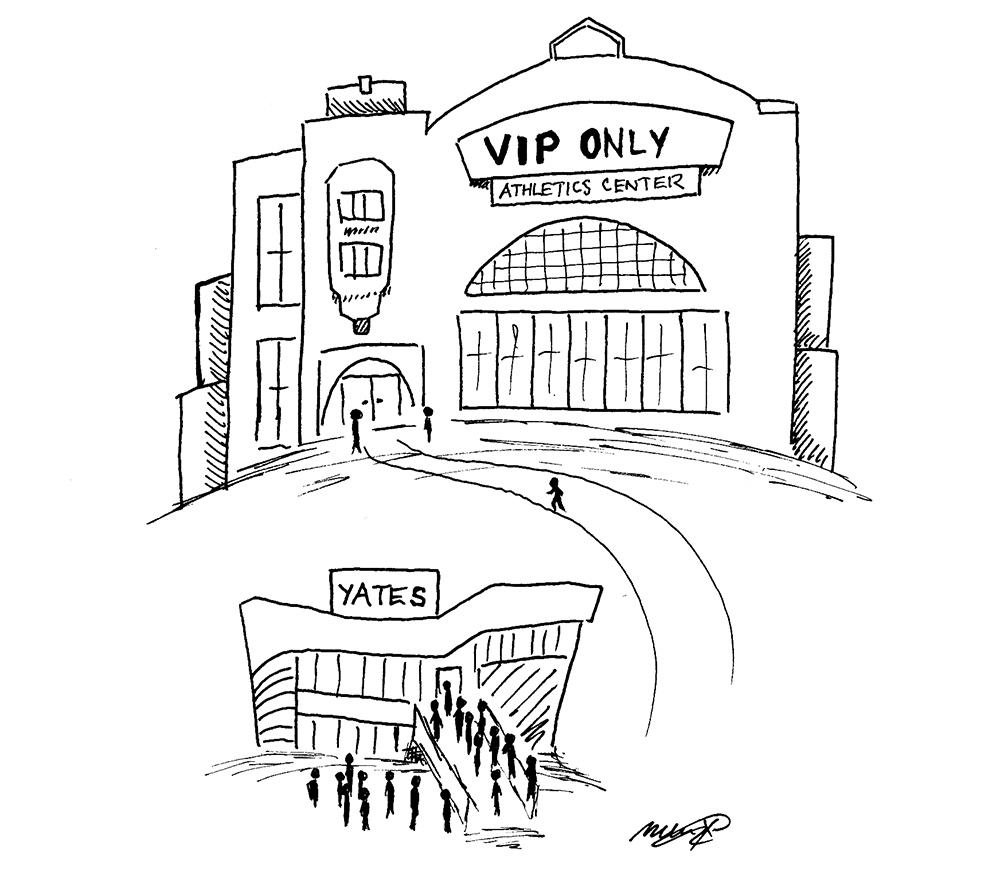 Universities have a lot to gain from varsity sports. Successful athletic programs bring widespread publicity and brand name recognition to university names. When administering programs to benefit varsity athletes, however, the university should take care to ensure that non-athletes receive a fair amount of attention and funding as well. In the construction of the Intercollegiate Athletics Center, Georgetown has neglected to acknowledge this perspective.

The $60 million IAC, which will be built next to McDonough Arena with funding from the Campaign for Georgetown, promises to be a substantial and needed improvement over existing varsity athletic facilities. New locker rooms, coaches’ offices, training rooms, medical facilities and basketball courts will all serve varsity athletes well. And the construction of the IAC will certainly aid recruitment of top athletes to Georgetown.

The decision to devote significant campus space and capital campaign funding to a facility exclusively for the use of athletics when so many other needs abound, however, reveals the university’s priorities, and in this case, athletics won out.

It was especially off-putting to find that implementers of the 2010 Campus Plan agreement, which requires housing an additional 385 students on campus by fall 2015, would seriously consider housing students off campus in a satellite residence before they would float the option of using the space designated for the IAC to add beds to campus. The space next to McDonough would not be ideal for student housing, and the Northeast Triangle on the other side of campus is making strides toward meeting Georgetown’s housing requirement, but putting the IAC over on-campus life again shows the administration’s priorities.

The option of a satellite residence upset students enough to prompt an entire campaign against it. In circumstances that tense, one would hope that the university would evaluate all its options and that the many would come before the few. The fact that the IAC remained off the table shows that, at least in this instance, that was not the case.