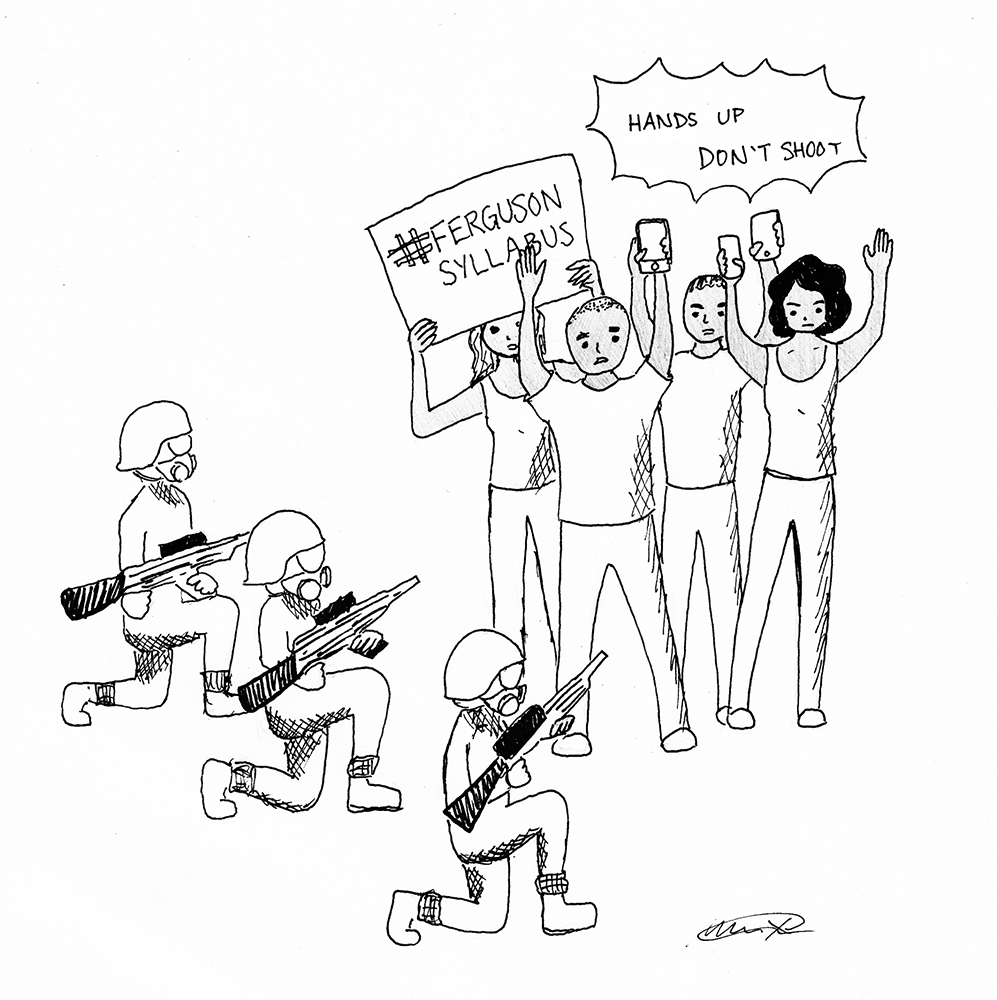 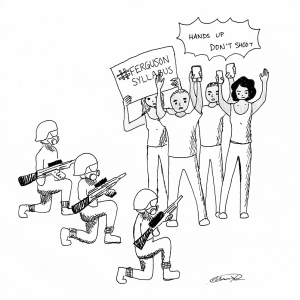 If you’ve ever taken a class with me, you know the one thing I am unforgivingly strict about is the use of smartphones in the classroom. I hate gadgets. I hate the way they distract us and interfere with thoughtful face-to-face dialogue.

Yet in the wake of the national calamity in Ferguson, Mo., I find myself using my phone more than ever.

Although I was skeptical about Twitter when I first saw it (on someone else’s phone), I (@DrMChatelain) came to enjoy it as a way to communicate with students and other academics. On weekends, I like to chat with professors and graduate students (#nerdland) across the country while watching “The Melissa Harris Perry Show” (@MHPShow). I’ve learned that Twitter is the best way to file complaints with airlines (@AmericanAir), something I have to do more often than I like. And, I’ve even convinced some reluctant colleagues (@kjuanitabrown) to give it a try.

So, as I watched the events in Ferguson explode into the media spotlight last week from the safety and comfort of my home, I felt what a lot of America was feeling: Short of showing up in Ferguson with a strategy that could end deeply rooted racial conflict, or a magic wand to make it all just stop, what could observers do to make a difference?

What skills do I have to ensure that Ferguson’s many losses — from their native son Michael Brown to the delayed start of the school year — were not entirely in vain? I have friends who beautifully organize communities who went to Ferguson, contending with tear gas, tender emotions and tense confrontations. I have friends who are lawyers who will volunteer their time and expertise to represent various actors in this frightening drama. I have many friends in Missouri, where I attended college, who have the sound judgment and leadership skills to heal the wounds that will remain for years to come.

What do I have to offer? What can I give?

I have read a lot of books. I have engaged a lot of students in conversations about race and its role in shaping public policy and individual possibilities. I have, I think, successfully been able to see current events as teachable moments. Despite the distance between myself and the events unfolding in Ferguson, perhaps I do have something to offer.

I started with my friends on Twitter, asking that they devote some part of the first day of classes to talking about Ferguson and Michael Brown. Something bad had happened, and if we didn’t talk about it, it would surely happen again and again.

What could I talk about?

My response was to share the books, articles and documentaries that have shaped my understanding of complex social problems. I thought about the materials that challenged my perspectives, the ones I recommend to students, and the ones I like to teach. This needed a hashtag: #FergusonSyllabus.

What started as a call to my friends to keep the suffering of Ferguson at the center of our teaching took on a life of its own. High school teachers wanted resources. Elementary school teachers wanted to know how kids understood the spectacular violence of this summer. More suggestions were tweeted out. Newspapers interviewed me, and others. I talked to St. Louis Public Radio (@STLPublicRadio).

Soon, hundreds of ideas were circulating across Twitter, and I decided that the #FergusonSyllabus was ready to travel, to move outside of traditional classrooms. On the radio show, St. Louis on the Air (@STLonAir), I announced the building of the #FergusonFreedomLibrary. Followers of the hashtag could identify a resource — a book, a DVD, an art print — write Ferguson Freedom Library on the inside and allow the syllabus to come alive by donating it to a prison, a shelter, an under-resourced school or a community center.

The suffering in Ferguson is not uncommon, but it does not mean it’s undeserving of all our full attention and some of our talents. A hashtag cannot address structural mistrust, public negligence, poverty and unemployment. But the incredible educators who have shared their resources and ideas with #FergusonSyllabus do have the power to move us closer to reconciliation, a greater commitment of justice and conversations that are long overdue.

I will still ask you to put away your smartphone in my class. However, now I realize the ability for social media to recreate classrooms in beautiful ways.

Marcia Chatelain is an assistant professor in the department of history.