Ta-Nehisi Coates’ award-winning 2012 essay in The Atlantic, “Fear of a Black President,” sought to explain why Barack Obama has stayed nearly silent on the topic of race, even with his access to the nation’s loudest bully pulpit and his status as the first black president.

Coates castigated him for failing to take advantage of the opportunity to break the relative silence on the country’s ugly racial past and present, but he also understood that America itself — “a democracy that must never acknowledge the weight of race, even while being shaped by it” — is equally responsible for his silence.

Fortunately, Attorney General Eric Holder, who announced his resignation Thursday, had no such qualms about speaking out, even when sometimes put under a spotlight as blindingly hostile as that which is focused on the president. He is, after all, the only cabinet member to ever be held in contempt of Congress. Calling America “a nation of cowards” in 2009 for its reticence to discuss race, Holder told ABC News in July that he still stood by those remarks.

As attorney general, Holder is in charge of the federal end of the criminal justice system, the perversion of which (through racially tinged mass incarceration) Michelle Alexander, in “The New Jim Crow,” calls “the most damaging manifestation of the backlash against the Civil Rights Movement.”

What Holder admits he is most proud of fighting, however, is something out of the old Jim Crow: attempts to limit voting rights. Despite the decision of Shelby County v. Holder, where the Supreme Court majority, by invalidating Section 4 of the Voting Rights Act, told America that systemic racism was over, the Justice Department nonetheless fought new voter ID laws created by states no longer burdened by pre-clearance, such as Texas and South Carolina.

These, in tandem with his civil rights investigations of local police departments in places such as Maricopa Country, Ariz., and Ferguson, Mo., leave Holder with an admirable civil rights record, especially in an administration forced to walk a delicate line on race.

But when looking at Holder’s tenure as attorney general as a whole, his civil rights triumphs look like high points in an overall murkier legacy.

Most egregious is his failure to prosecute any finance executives culpable for leading the world into an economic recession at the end of the last decade, exemplifying an economic recovery where gains have gone almost entirely to the wealthy, setting the stage for another collapse sometime in the near future. The recession, like most events in our history, has disproportionately disadvantaged black Americans, and Holder’s decision to let its main perpetrators off scot-free flew in the face of his civil rights achievements.

The wealth gap between white and black Americans is an enormous impediment to racial justice in this country. According to the Center for Global Policy Solutions, the median wealth of the former is around 20 times that of the latter. Predatory loans and mortgages and denial of access to meaningful employment are just a few of the ways wealth accumulation, usually passed on through generations, has been stymied for blacks.

Wealth provides a safety net for households, allowing them to more easily weather unexpected catastrophes, such as illnesses or natural disasters, and it gives them the means to make investments. This general absence of wealth makes economic mobility for black households as a whole much more precarious; a 2007 Brookings Institution study found that middle-class black children are nearly three times more likely to fall to the bottom quintile of income distribution than their white counterparts are.

And what has happened during the most recent recession? The devastating wealth gap has nearly doubled in size, from a 12 fold gap in 2005 to the 20 fold gap today, due in part to the fact that black families were disproportionately offered the subprime mortgages that helped trigger the collapse.

Although on its surface, the financial crisis had little to do with civil rights, it has nonetheless done an extraordinary amount to exacerbate the systemic economic disadvantages felt by black Americans.

Let me be clear: The federal prosecution of those responsible for the financial crisis would not have solved this country’s problem with race. However, it would have shown Holder’s support for ending more insidious barriers to civil rights — those that are the most entrenched and the most damaging.

Because he failed to enact even the minimum amount of punishment on those complicit in maintaining these racial obstacles, however, Holder can be considered more of a member of the “nation of cowards” than he may like to admit. 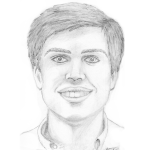 Hunter Main is a senior in the College. Left Behind appears every other Tuesday. This column originally appeared in print as “With Race, Holder’s Weak Action.”