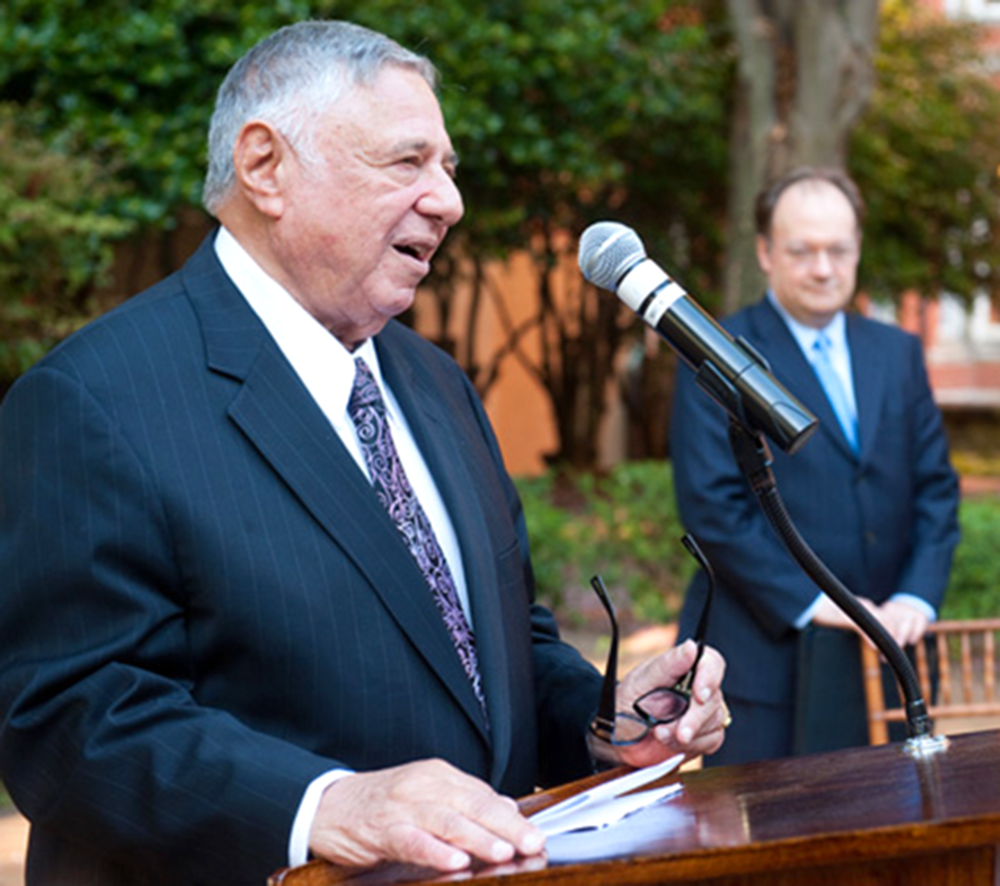 Former Senior Jewish Chaplain Rabbi Harold S. White, a member of the Georgetown community since 1968, died of complications from a stroke on Aug. 31. He was 83 years old.

As the first full-time rabbi appointed to a campus ministry position at a Catholic university in the United States, White worked to unite different faith groups and communities during his nearly 50 years at Georgetown.

“Rabbi White’s devotion to our shared values and our mission as a community was unparalleled,” DeGioia wrote. “His leadership and vision in creating opportunities for dialogue … helped build the ethos of engagement that characterizes our campus ministry today.”

During his time as a chaplain, White constantly sought to establish connections with other religious groups, and he co-taught a course with Fr. Dennis McManus and Imam Yahya Hendi on the dialogue between Abrahamic faiths.

Over the past decades, White also officiated numerous weddings, including those of gay and lesbian couples.

In 2003, the School of Foreign Service launched the Program for Jewish Civilization under White’s leadership, linking the fields of ethics, government and history as they pertain to Judaism. When he retired from the chaplaincy in 2010, White continued to serve as a senior advisor for the program.

Prior to his career at Georgetown, White served Jewish communities in Dublin, Ireland and Ann Arbor, Mich. He also served as a chaplain for the United States Navy.

On a memorial webpage for White, former students and colleagues shared their memories of a kind mentor, leader and friend.

“His gentle, caring spirit and devotion to the Jewish community, and indeed the larger spiritual community at Georgetown, were deeply appreciated,” Sarah Goldstein (COL ’03) wrote.

A full obituary will be published next week.