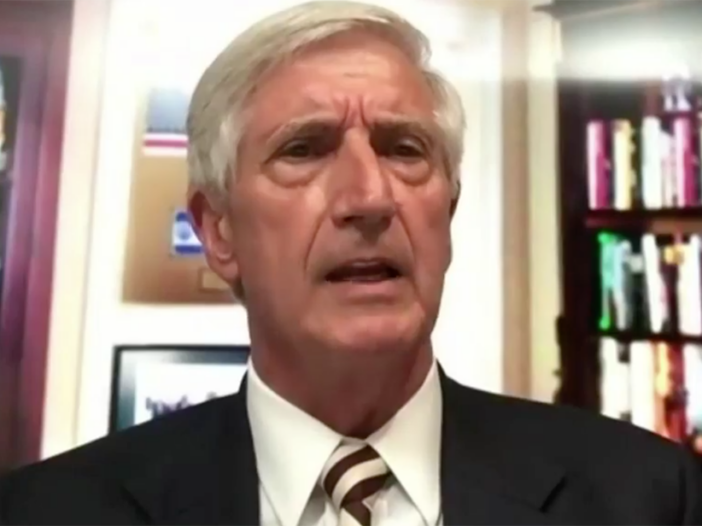 Understanding and distributing updated and objective information is crucial during crises, former White House chiefs of staff said in a virtual roundtable.

The conversation focused in particular on the COVID-19 pandemic and how President Donald Trump’s administration has approached the crisis. Mick Mulvaney (SFS ’89) spoke about his time advising Trump in the early stages of the pandemic, and the rest of the panel told stories from their own experiences serving in the White House.

The event, titled “How Presidents Deal With Crisis: A Conversation With White House Chiefs Of Staff,” was hosted on Zoom and broadcast July 28 by the Georgetown Institute of Politics and Public Service. Speaking with GU Politics Executive Director Mo Elleithee (SFS ’94), former chiefs of staff Mack McLarty, Andrew Card, Denis McDonough (GRD ’96) and Mulvaney elaborated on the role of the White House chief of staff in managing global crises in U.S. history.

Mulvaney, who served as acting chief of staff from January 2019 to March 2020, stressed that taking action requires truthful information, citing his experience advising Trump during the emerging COVID-19 pandemic.

Although other national crises have demanded immediate action, the lack of information surrounding the coronavirus diminished the apparent danger, according to Mulvaney. Once the administration gained information that carriers of the disease could transmit the virus without showing symptoms, it had to adjust.

“That’s the one takeaway that I remember from that crisis, was that it was a slow, sort of simmering thing,” Mulvaney said. “We were operating with bad information about what the disease was, and we got that one piece of information that had to change the way we were dealing with the crisis.”

Mulvaney also shifted blame to China, saying their lack of transparency contributed to the United States’ own inert response.

“When we watched what was happening in China, and we knew it was a coronavirus, we didn’t know much more about it than that,” Mulvaney said. “Keep in mind, the Chinese were not sharing information with us at that time. In fact, in hindsight, we didn’t have a lot of good information about this virus until late February by the time it got to Italy.”

Card, who served as chief of staff from 2001 to 2006, explained that, in time-sensitive and high-pressure situations, the president depends on the chief of staff to communicate the right information.

“You’re dealing with crises all the time, but having a sense that you know that you need good information is kind of the chief of staff’s job — to reinforce the need for people not to present information that they are not certain about,” Card said.

“Your job is not to try and please the president,” Card said. “You have to help the president and suffer the consequences if the pleasure disappears.”

Consistent communication is also important in maintaining the nation’s trust, according to McDonough, who served as President Barack Obama’s chief of staff from 2013 to 2017.

Card urged listeners to seek differences of opinion because a well-informed decision is a well-debated decision.

“In making that right decision, understand that you can’t do it alone,” he said. “And if you’re making a decision by yourself, chances are people will stop following you pretty soon. And don’t just ask an echo chamber to bounce back to you what you’ve already said. Make sure there are contrarians or people who will challenge you in the group.”