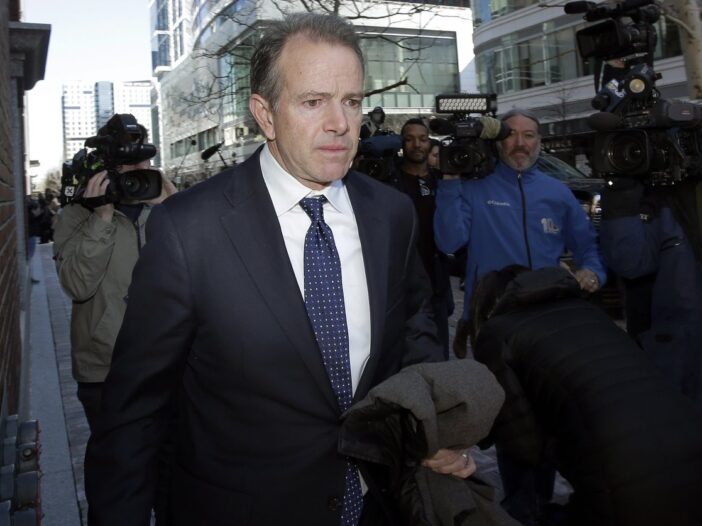 Former Georgetown University tennis head coach Gordon Ernst was sentenced to more than two years in prison for his involvement in the 2019 college admissions bribery scandal.

“Mr. Ernst was a key driver of this corruption of the college admissions process, and the court’s sentence speaks volumes about the gravity of his conduct,” United States Attorney Rachael Rollins said in a statement to The New York Times.

So far, at least 53 people have been charged as a part of the scandal, a number of whom have already pleaded guilty as the fallout from the scandal continues. William Rick Singer, who is largely seen as the organizer of the national college admissions scandal, has admitted to unethically helping children in more than 750 families achieve admission to top universities.

Ernst was originally charged in March 2019 for receiving over $2.7 million in bribes through Singer. In September 2020, Ernst received additional charges for bribes that reportedly did not go through Singer. According to the Department of Justice, Ernst failed to report all of the income from those bribe payments on his federal income tax returns.

Ernst served as a tennis coach at Georgetown from 2006 to 2017 before the university placed him on leave after discovering irregularities in his recruits’ credentials. Following a university investigation, Ernst was asked to resign in 2018.

Georgetown University first became aware of Ernst’s actions in 2017, according to a university spokesperson.

“In 2017, Georgetown’s Admissions Office discovered irregularities in the athletic credentials of two students who were being recruited to play tennis,” the university spokesperson wrote to The Hoya. “Neither student was admitted. Georgetown immediately put former coach Gordon Ernst on leave, initiated an internal investigation, established a new policy concerning the recruitment of student athletes, implemented audits to check whether recruited student athletes are on team rosters, and asked Mr. Ernst to resign.”

Following the dismissal of Ernst, Georgetown became further aware of Ernst’s alleged criminal activity and acceptance of bribes as a part of the national college admissions scandal when university officials were contacted by the United States Attorney’s Office. After Ernst’s 2019 indictment for his actions in the scandal, Georgetown launched a thorough internal investigation related to the case to ensure the university was not enabling any other illegal activity related to admissions, according to a university spokesperson.

“Following the March 2019 indictments, Georgetown University began conducting a process of thoroughly reviewing the newly available information related to the alleged scheme, contacting current students and alumni who may have been involved, and giving each individual student an opportunity to respond,” the university spokesperson wrote.

In response to the internal investigation, Georgetown created the Office of Admissions and Departments of Athletics Policy on Recruitment of Student-Athletes in November 2018. Under the policy, both the Department of Athletics and Office of Undergraduate Admissions must perform periodic audits to determine if any recruited student-athletes are no longer on the roster of the sport for which they were recruited. If a student is no longer on the roster, the head coach must provide a written explanation to both departments, according to the policy.

University officials remain grateful for the work of the U.S. Attorney’s Office throughout the investigation and are deeply disappointed in Ernst’s actions, according to a university spokesperson.

“Georgetown University fully cooperated with the U.S. Attorney’s Office throughout its investigation and appreciates its work and dedication over the last two and a half years,” the university spokesperson wrote. “Georgetown University was deeply disappointed to learn that former Tennis Coach Gordon Ernst was alleged to have committed criminal acts against the University that constitute an unprecedented breach of trust.”