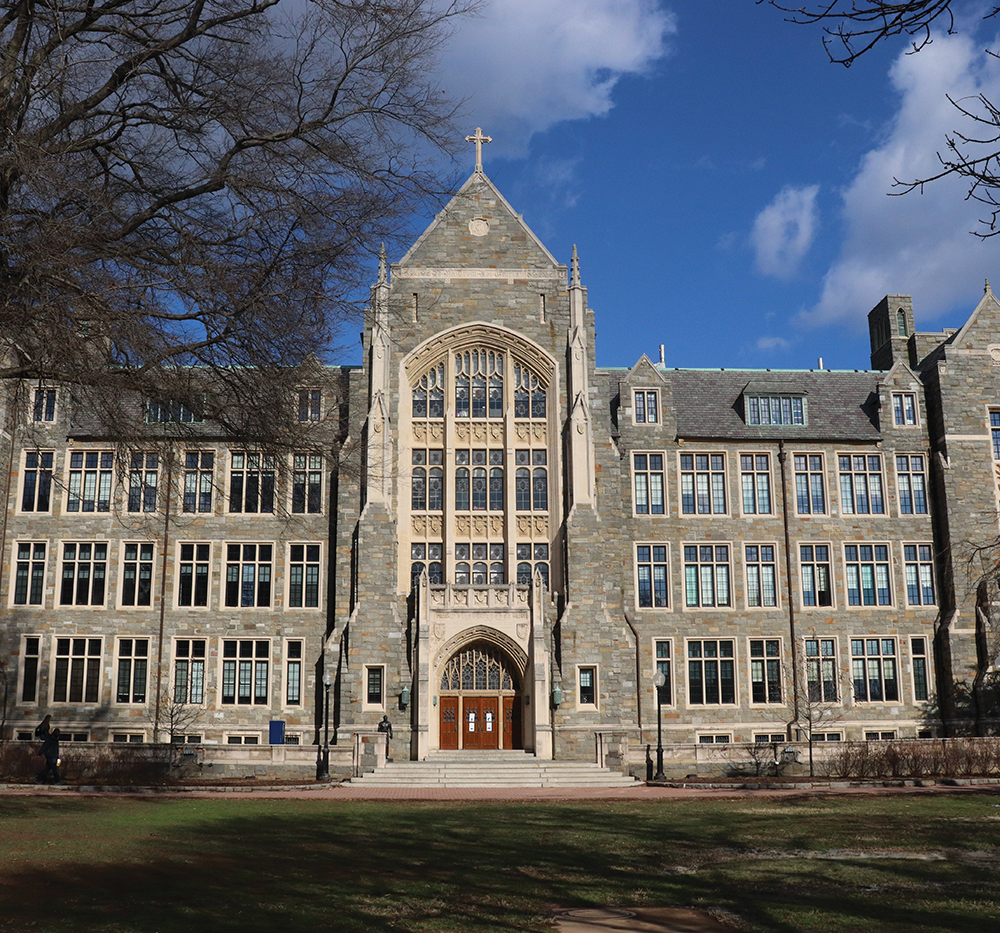 Former Georgetown University student Adam Semprevivo dropped his lawsuit against the school for a wrongful disciplinary process Tuesday approximately two months after the school dismissed him for his family’s involvement in the college admissions bribery scheme.

Semprevivo was suing Georgetown because of the university’s May 15 announcement to rescind admission and dismiss both Semprevivo and another student in connection with the bribery scheme. (Full disclosure: Semprevivo previously served as a cartoonist for The Hoya.) The Department of Justice indicted 50 people, including parents of university students and administrators of college entrance exams, in the admissions bribery case March 12.

Semprevivo’s dismissal of suit was partly motivated by a choice to prioritize his academic studies moving forward, according to Semprevivo’s lawyer, Mark Zaid.

“Adam decided to voluntarily dismiss his lawsuit in order to focus on successfully finishing his undergraduate degree and putting this matter behind him,” Zaid wrote in an email to The Hoya.

Despite his expulsion, Georgetown will permit other schools to decide if Semprevivo’s credits should transfer to their institution, according to university spokesperson Meghan Dubyak.

“Consistent with our past practices, when we dismiss a student, a permanent notation is made on his/her transcript and we allow other institutions to determine if they will accept the credits,” Dubyak wrote in an email to The Hoya.

By expelling Semprevivo, Georgetown employed an undue disciplinary process and failed to follow their own procedures constituting a breach of contract, according to the original lawsuit. Semprevivo sought to impose an injunction preventing Georgetown from enforcing academic discipline against him and revoking his academic credits from his three completed years at the university. Semeprevivo claimed to be unaware of his father’s payment.

Georgetown alumnus and admissions interviewer Mickey Lee (COL ’05) released a March 13, 21,674 signatory-strong petition calling for Georgetown to revoke the degrees and admission of all current and former students involved in the college admissions bribery scheme.

The expulsions are a positive initial step toward justice amid the college admissions scandal, according to Lee.

“I believe that this clears the first hurdle in cleaning up the mess exposed by the ‘Varsity Blues’ admissions scandal,” Lee wrote in an email to The Hoya. “Now that the two admissions cheats who were students have been expelled, it is time for Georgetown University’s administrators to take the next step: rescind admissions of the 10 others who fraudulently attained admissions and graduated with fraudulent college degrees.”

After the university announced its intent to rescind admission and expel the two currently enrolled students from Georgetown on May 15, both have been officially dismissed following an extensive review process for each student, according to Dubyak.

The university has not confirmed whether the second student facing expulsion is Isabelle Henriquez (COL ’20), whose parents were also named in the March 12 indictment.