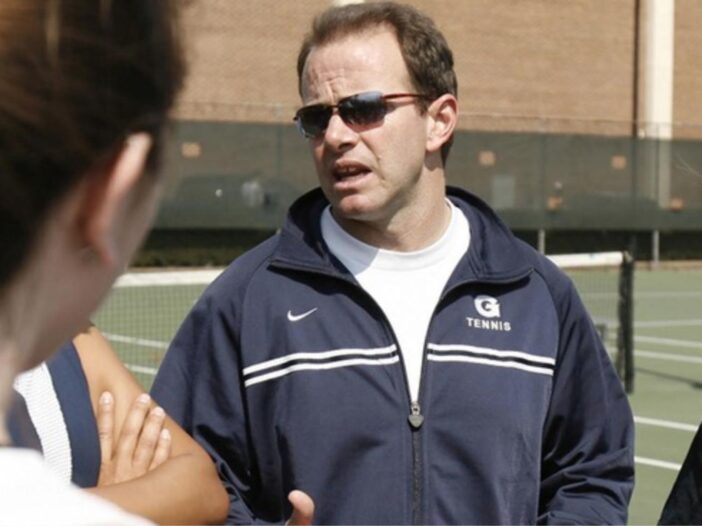 Ernst, who served as a tennis coach at Georgetown from 2006 to 2017, faced charges of conspiracy to commit mail and wire fraud, federal programs bribery, filing a false tax return and aiding and abetting money laundering. Ernst reportedly accepted over $3 million in bribes to falsely classify at least 12 students, including some who did not play tennis competitively or at all, as tennis recruits to the Georgetown team between 2012 and 2018.

As part of the plea deal, federal prosecutors will recommend Ernst be sentenced to at least one year and up to four years in prison and two years of supervised release, in addition to being required to forfeit over $3.4 million, which includes his home and other assets at a value that authorities say is equal to the sum acquired from his crimes.

Prosecutors initially charged Ernst in March 2019 after he reportedly received over $2.7 million in bribes through William Rick Singer, the ringleader of the national college admissions scandal. In September 2020, prosecutors handed Ernst additional charges for bribes that reportedly did not go through Singer.

Ernst initially pleaded not guilty to all charges against him and was set to stand trial with athletic coaches from other universities who received similar charges in November. A plea hearing has not been scheduled for Ernst after his agreement with prosecutors.

Georgetown first became aware of Ernst’s actions in 2017 when the Office of Undergraduate Admissions noticed irregularities in the applications of two students who were being recruited to play tennis. Neither student was admitted, and Ernst was placed on leave while the university conducted an internal investigation, according to a university spokesperson.

In 2018, the university was made further aware of Ernst’s actions when the U.S. Attorney’s Office contacted university administrators disclosing the full slate of Ernst’s criminal activities and his acceptance of bribes, according to a university spokesperson.

Ernst left Georgetown in 2018 once the university’s initial investigation disclosed he had violated the school’s admissions policies, according to a university spokesperson.

“Georgetown immediately put former coach Gordon Ernst on leave, initiated an internal investigation, established a new policy concerning the recruitment of student athletes, implemented audits to check whether recruited student athletes are on team rosters, and asked Mr. Ernst to resign,” a university spokesperson wrote in an email to The Hoya.

In response to the internal investigation, Georgetown implemented the Office of Admissions and Departments of Athletics Policy on Recruitment of Student-Athletes. Under the policy, both athletics and admissions must perform periodic audits to determine if any recruited student-athletes are no longer on the roster of the sport for which they were recruited. If a student is no longer on the roster, the head coach must provide a written explanation to both departments, according to the policy.

The university expressed gratitude for the work of the U.S. Attorney’s Office following the announcement of Ernst’s plea deal, according to a university spokesperson.

Ernst’s guilty plea comes after Elizabeth Kimmel became the ninth former Georgetown parent to plead guilty in the scandal Aug. 16. Kimmel agreed to plead guilty to conspiracy to commit mail and wire fraud, having reportedly paid $275,000 to Ernst through Singer to get her daughter admitted to Georgetown as a false tennis recruit.
In addition to Kimmel, nine other former Georgetown parents have been charged in the national college admissions scandal: Amin Khoury, Peter Dameris, Robert Repella, Manuel and Elizabeth Henriquez, Michelle Janavs, Douglas Hodge, Karen Littlefair and Stephen Semprevivo. Of the 10 parents, eight have been charged and sentenced. Repella is awaiting a sentencing hearing scheduled to take place Sept. 21, and Khoury is scheduled to stand trial in April 2022, according to the Department of Justice.