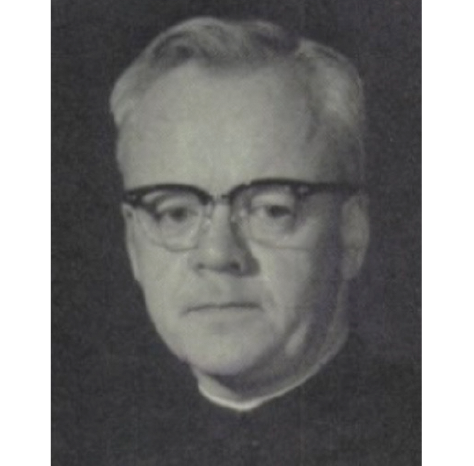 Before embarking on his path toward ordination as a Jesuit priest, Fr. Neil Carr, S.J., began his Jesuit education with a year at Georgetown University.

Carr enrolled at Georgetown in 1937 and left the following year to enter the Jesuit seminary in Poughkeepsie, N.Y., according to later articles published in The Buffalo Courier and The Buffalo Evening News announcing Carr’s 1966 appointment as the highest-ranking Jesuit in the Buffalo Province of the Jesuit order since it was incorporated into the U.S. Northeast Province of Jesuits.

Carr went on to sexually abuse two minors, with one incident at Jesuit High School in New Orleans, where he chaired the department of theology in the 1970s, and the other in the late 1980s while Carr was teaching at Canisius High School in Buffalo, N.Y., according to the Archdiocese of New Orleans and the Northeast Province.

In 1966, Carr was named the provincial superior of the Buffalo Province of Jesuits. While in this position, Carr was the leading Jesuit in the province and supervised the work of 450 Jesuits in a region encompassing Rochester, Albany, Syracuse, Ogdensburg and some islands in the South Pacific.

The 2005 allegation dated back to Carr’s time in Buffalo, N.Y., where he was a priest and counselor at Canisius High School from 1984 to 1993, according to a local ABC News station. However, the incident took place during a summer in the late 1980s at the Cathedral Basilica of St. Augustine in Florida, where Carr was serving as a summer priest, according to the Democrat & Chronicle, a Rochester, N.Y., outlet.

After the first allegation of abuse in 2005, Carr was immediately removed from ministry, stripping him of the ability to perform Mass. The next year, the Northeast Province set up a constant monitoring arrangement meant to prevent Carr from having access to minors.

After the Jesuit order began monitoring Carr in 2006, he was housed in Murray-Weigel Hall, a nursing home at Fordham University, a Jesuit institution in New York, until he died in 2013. Fordham was unaware of allegations against Carr until 2018, according to Bob Howe, Fordham’s assistant vice president for communications.

Failure to disclose the identities of known abusers can bring dangerous consequences to the communities they inhabit, according to lawyer Mitchell Garabedian, who has represented survivors of clerical abuse in high-profile cases since 2002.

“The Jesuits have responsibility to victims — to sexual abuse victims and society — to research their own records and to reach out to victims,” Garabedian said in a phone interview with The Hoya. “Publicize lists of known perpetrators [and] sexual abusers and release documents related to those sexual abusers.”

More than a decade after the first allegation against Carr and five years after his death, another survivor shared his story of Carr’s abuse.

Ricky Windmann first came forward about his experience reporting Carr’s abuse to Jesuit High School in a September 2018 interview with the New Orleans Advocate. Windmann, who was not a student at the high school but regularly visited the basketball courts, had been sexually abused numerous times in the late 1970s by Peter Modica, a janitor at Jesuit High School who has since died.

Windmann informed Jesuit High School of the abuse in 2012. Based on the information he presented, the school agreed to a $450,000 settlement with Windmann later that year.

Six years later, though, Windmann shed light on how both Jesuit High School and the Jesuit order’s local leadership covered up the settlement, which was not publicly disclosed to students, their families, or the staff or faculty of Jesuit High School. The high school is overseen by the Jesuit order, the guidelines of which do not require sexual abuse claims to be publicized, unlike other Catholic orders, according to the Advocate.

Such cover-ups fall into the Catholic Church’s larger pattern of diminishing the trauma abuse has on survivors, according to Garabedian.

“The Jesuits, historically, have tried to downplay the extent of clergy sexual abuse,” Garabedian said. “The Jesuits work very hard at spin control and media and manipulation.”