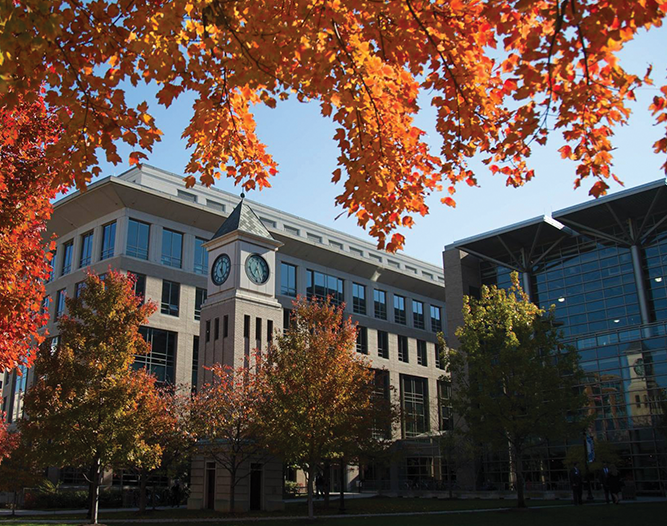 These 16 add to the list of Georgetown community members already selected by the administration, including White House Chief of Staff Ron Klain (CAS ’83) and 10 other Georgetown faculty members or teaching affiliates.

The Law Center is very proud of their faculty members’ accomplishments and leadership, according to Georgetown Law Dean William Treanor.

“Georgetown Law is well known as a school whose faculty are leaders in thinking through the most important issues of public policy and who have deep practical experience. I am not surprised by the possibility that a number may go into the Administration,” Treanor wrote in an email to The Hoya.

The new administration’s cabinet now includes Avril Haines (LAW ’01), the first woman to serve as the Director of National Intelligence, and Vicki Arroyo (LAW ’94), who was appointed as Associate Administrator for the Office of Policy at the U.S. Environmental Protection Agency.

A bipartisan national security agenda is essential for the intelligence community, according to Haines’ statement at her Jan. 19 Senate confirmation hearing.

“To be effective, the DNI must never shy away from speaking truth to power, even — especially — when doing so may be inconvenient or difficult. To safeguard the integrity of our Intelligence Community, the DNI must insist that when it comes to intelligence, there is simply no place for politics — ever,” Haines said at the hearing.

Just hours after the inauguration last week, the new Senate convened and confirmed Haines, making her the first cabinet member confirmed since the inauguration. Previously, Haines served as Deputy National Security Advisor and Deputy Director of the CIA during the Obama administration.

Arroyo, who has served as the executive director of the Georgetown Climate Center since 2008, has led groundbreaking work to confront climate change and has influenced action at the federal level while at Georgetown. In her new role, she will work in the Office of Policy at the EPA in accordance with the Biden campaign’s commitment to a greater focus on environmental policy in the United States.

Other Georgetown Law faculty and staff appointed to the Biden administration include Joshua Geltzer, who served as executive director of the Law Center’s Institute of Constitutional Advocacy and Protection, Regina LaBelle, the program director of the Addiction and Public Policy Initiative at the O’Neill Institute for National and Global Health Law at Georgetown, and Martin Lederman, professor from practice at Georgetown Law.

Serving as Special Assistant to the President and Special Advisor to the Homeland Security Advisor on Countering Domestic Violent Extremism, Geltzer will join the administration’s work to address the serious and growing national security threat of domestic violent extremism, according to a statement by White House Press Secretary Jen Psaki in a Jan. 22 briefing.

LaBelle will serve as Acting Director of the Office of National Drug Control Policy, and Lederman will join the U.S. Department of Justice’s Office of Legal Counsel as Deputy Assistant Attorney General.

The group of Law Center graduates nominated to join the administration includes Elizabeth Alexander (LAW ’08), who is now the communications director for first lady Jill Biden, and Jaime Harrison (LAW ’04), who is now the Chair of the Democratic National Committee.

Georgetown Law’s unique access to Washington, D.C., makes faculty and students from the Law Center more inclined to answer the call to government service, according to Treanor.

“This is what we call our ‘D.C. difference’ in action. It is a great joy to see former students take what they learned at Georgetown Law and use it to address some of the most urgent issues facing our nation,” Treanor said in a Jan. 22 Law Center news release.

With so many faculty members joining the administration, Georgetown Law is looking forward to the knowledge and experience that will be brought back to the classroom, according to Treanor.

“It is good for the nation, and it will be good for Georgetown Law because they will eventually return from their government work with a deep understanding of cutting edge issues and how they are being addressed,” Treanor wrote.