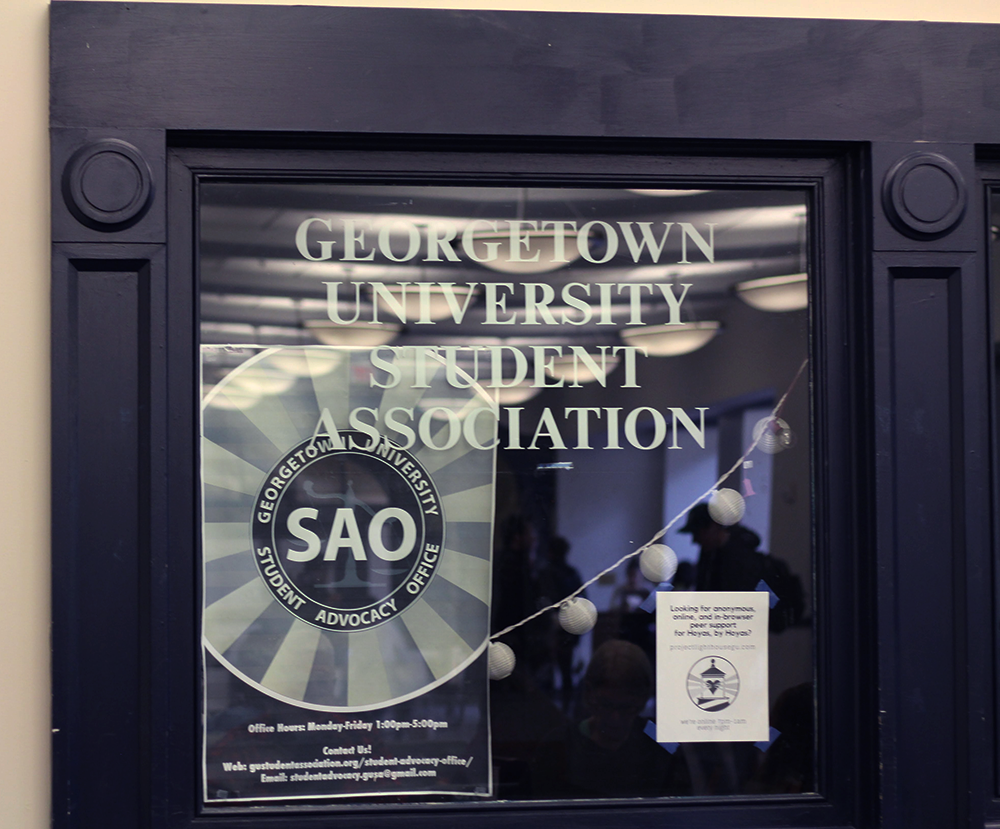 Fourteen senators were elected to the Georgetown University Student Association senate Sept. 30 in the first GUSA elections held since the mid-September resignations of GUSA’s executive leadership.

The elections filled seven freshmen seats and four at-large seats that were regularly scheduled for the fall cycle, as well as three vacant junior seats.

Overall voter turnout was 21 percent, according to the GUSA Election Commission’s Twitter. The freshmen election saw the highest turnout at 40 percent, while the junior and at-large elections had respective turnouts of 17 percent and 14 percent.

The relatively low turnout marks a downturn since the April senate elections, when turnout reached 23 percent, and continues a downward trend since senate election turnout peaked at 30 percent in September 2017.

September 2017 was the last time the student body elected senators based on residential districts; a February 2018 referendum implemented the current policy of electing senators by grade level. The overall turnout also decreased from the more high-profile February presidential election, in which 39 percent of the student body voted.

The senate elections were also the first since the Sept. 11 resignation of former GUSA President Sahil Nair (SFS ’19) and the subsequent Sept. 14 departures of GUSA Vice President Naba Rahman (SFS ’19) and Chief of Staff Aaron Bennett (COL ’19). The exit of these senior executives occurred just weeks before senate elections, and many voters and candidates who spoke with The Hoya attributed the decline in turnout to fallout from the resignations.

“People are exhausted by GUSA right now,” Arkema said, who previously served as a Senator and ran for GUSA president last year. “This past month has been a toxic dumpster fire for GUSA, and people just want to get away from it.”

Many of the candidates for the freshman senate seats took particular motivation from the resignations, emphasizing in their campaign platforms the importance of strengthening protections for survivors of sexual misconduct and increasing the transparency of GUSA.

“The majority of the campaigns focused on a lot of similar things, especially in light of everything that happened with the GUSA executive,” Arnett, who was elected to represent the freshman class, said. “The one common theme through all the freshman campaigns was a new face for GUSA, with an emphasis on transparency.”

In his campaign, Burke advocated for mandatory monthly town halls for all GUSA senators and improvements to LiveSafe, a mobile safety communication app, to allow reporting of sexual assaults in real time, both of which he believes will help mitigate GUSA’s current credibility problems.

“GUSA did lose the trust of the student body,” Burke said. “Everyone knows that was the hot-button issue in this election.”

While the newly elected senators were critical of the GUSA executive’s handling of Nair’s resignation, many also expressed confidence in Juan Martinez (SFS ‘20). Martinez, the former senate transition chair, became president on Sept. 16 following Nair and Rahman’s resignations and will serve for the remainder of Nair’s term.

“I worked with Juan last year,” Grande said, who previously dealt with student activity funding allocations while serving on the GUSA Finance and Appropriations Committee last year. “As bad as this situation is, this is the best possible outcome. Juan at the helm is the best way to fix it.”

Of the 14 newly elected senators, Grande, who earned the most votes of all the candidates running for the at-large senate seat, is the only woman. For the class of 2022, all seven newly elected freshman senators are male.

“I know that I ran the best campaign that I could. I would have liked to see more women elected, but I can only speak for myself,” Grande said. “I just know that it makes me want to work harder in the senate.”

Grande’s focus on her upcoming work in the senate was echoed by the other new members of the senate. Though many readily acknowledged the issues caused by the resignation crisis, they were also confident in their abilities to rehabilitate the institution.

Buckwald, who was elected to represent the junior class, expressed confidence in GUSA’s ability to support the student body.

“There’s a sense of doubt with GUSA’s credibility right now,” Buckwald said. “But I have always believed in GUSA’s potential to create positive change.”