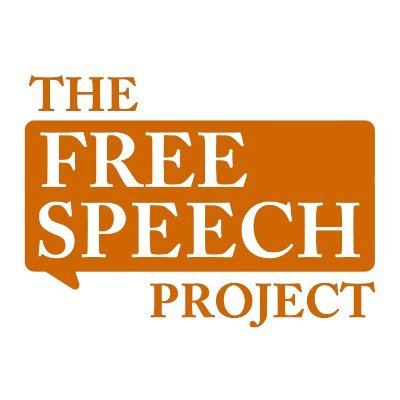 International relations and diplomacy experts discussed the past, present and future of relations between Russia, Ukraine and the United States at a virtual panel co-hosted by Georgetown’s Free Speech Project (FSP) and Future of the Humanities Project.

The Nov. 14 event, entitled “Living with Putin: Russia and the West,” featured Corneliu Bjola, the head of the Oxford Digital Diplomacy Research Group; Susan Eisenhower, chair emeritus at the Eisenhower Institute; Ellen Ioanes, a foreign affairs reporter for Vox; and Katherine Lawlor, senior intelligence analyst at the Institute for the Study of War, a military affairs research group. The webinar was the 25th event in a monthly series hosted by the FSP and Future of Humanities Project called “Free Speech at the Crossroads: International Dialogues.”

John McCabe, program manager at the FSP, said while the FSP initiative focuses on First Amendment conditions in the United States, it is interconnected with international discourse.

“The idea is that free speech as an issue has an international angle to it, where often First Amendment or free speech problems that we think are unique to the United States are actually a larger problem internationally,” McCabe told The Hoya.

Speakers at the event discussed Russian President Vladimir Putin’s motivations behind the military invasion of Ukraine that began Feb. 24, including his global and domestic perceptions.

Putin cares about how he is perceived both in Russia and abroad, Ioanes said.

“His reputation within Russia and to the Russian people, and how he comes off to them — that’s a really important thing to him as well, maybe equally as important or even more important than how he appears on the international stage,” Ioanes said at the event. “He depends on the Russian people to keep him in power.”

Speakers also discussed what post-war peace may look like in Russia. Bjola said that in order for peace to last, it can’t rest on easily reversible policies like ceasefires.

“The question is what kind of peace — a fragile peace or an enduring peace,” Bjola said. “A fragile peace is one that you may conclude tomorrow with a ceasefire that can resume in the spring.”

Lawlor said fragile peace that freezes the war along its current front lines could further undermine Ukrainian sovereignty and harm Ukraine in the long term.

“Peace sounds great, but who does that peace serve?” Lawlor said. “Ukraine also has to be empowered to make that decision, if we really believe in sovereignty. Ukraine’s sovereignty is the point of this war, and therefore it is not the role of the United States or of China or Russia to make decisions on at what point Ukraine draws the line for its own sovereignty.”

Eisenhower and other speakers also discussed the role of the United States in the international community, saying past examples of U.S. intervention, notably in Afghanistan, demonstrate an ineffective approach to foreign conflict.

In its handling of relations with Afghanistan and Iraq, which led to the U.S. starting wars in both states, Eisenhower said the U.S. has potentially created material for Putin’s propaganda campaigns.

Ioanes also said Putin often takes what the U.S. media reports on and uses it as propaganda to advance the ideas he wants to convey to the Russian public, though acknowledging this has not prevented her from executing her journalistic responsibilities.

“We know that things we say and things that we write are going to be used as propaganda tools,” Ioanes said. “Does that stop me from saying what is true? Does that keep me from talking to people and making sure that my audience is informed about what’s going on and what I personally am reading and hearing about? If we thought about that all the time, we would be completely paralyzed.”

McCabe said the aim of the webinar series is to promote as much free speech as possible.

“Our model is that more speech is always the best protocol,” McCabe said. “So, however we can get those conversations and important dialogues out there to the rest of the world and make people think in a more critical way about free speech and the First Amendment and how those issues stretch internationally, the better.”

Michael Scott, an event moderator and the director of the Future of the Humanities Project, an interdisciplinary initiative that addresses the humanities and public life, said attendees should consider the importance of recognizing the human consequences of the war in Ukraine.

“We shouldn’t forget that in a war, there are casualties, even as we are speaking, on both sides,” Scott said at the event. “I think in politics, we sometimes forget that.”

“For someone who grew up in an authoritarian country, what I can say is that from our side, authoritarian regimes look strong and impenetrable — until they’re not,” Bjola said. “They can collapse overnight. That’s the thing about authoritarian states.”