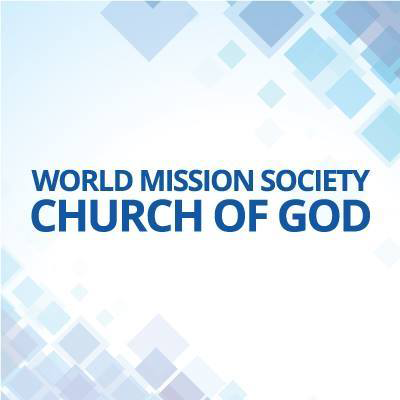 Multiple Georgetown students have been approached by individuals on campus about the ideological concept of “God the Mother,” asking them for their contact information to join a Bible study.

A female incarnation of God, “God the Mother,” is believed to have co-created the Earth with “God the Father,” a belief associated with the fringe sect of Christianity known as the World Mission Society Church of God. WMSCOG has faced allegations of mistreatment from former members.

WMSCOG has recruited members on college campuses throughout the country, including Oberlin College, Vanderbilt University, Boston College, the University of Mississippi and Boston University, according to The Daily Beast. Reports of students encountering individuals using similar recruitment techniques as Georgetown students have experienced began in January 2018. At Boston College, multiple students were approached in early 2018 by individuals who asked if they had heard of “God the Mother” and invited them to a Bible study. WMSCOG confirmed they approached these BC students.

Two individuals approached Haley Talati (COL ’20) inside the Healey Family Student Center in November 2018. Talati said the women stopped her, read Bible verses to her and spoke to her about the concept of “God the Mother.”

“I wouldn’t say they were trying to convince me of anything necessarily, but I did get the impression that their interest did go beyond the academic and was more personal and religious-oriented,” Talati said.

The interaction seemed harmless at the time, according to Talati, despite the allegations of mistreatment against the WMSCOG.

“I was more inclined to think more generously toward it just because they’re taking a different approach to gendered God instead of male imagery, which I think is generally a good thing,” Talati said. “But looking back, it seems probably — and just from other things I’ve read since then — less benign than maybe the impression I got initially from that meeting.”

Former members of a WMSCOG church in New Jersey called the group a cult and claimed the church frightened individuals into joining and donating money, according to a local media outlet.

“I haven’t had any direct interaction with them. One of my colleagues has and indicated to them what our expectations are and how they are to communicate,” Oskvig said in an interview with The Hoya. “We made it clear that they just couldn’t corner students in the way that they were, at least has been reported to us.”

WMSCOG’s recruitment methods resemble those of the International Church of Christ, a cult that Georgetown announced in 2012 was banned from campus for violating university guidelines, according to Professor Lauve Steenhuisen, a visiting assistant professor in theology and women’s studies. Georgetown requires all religious groups that operate on campus to become affiliated with the university before they can approach students on campus.

Steenhuisen currently teaches a course titled “U.S. Cults: Religious Extremism and the Search for Meaning” at Georgetown. WMSCOG has been on campus for at least a year, according to Steenhuisen.

“I taught my cult class a year ago this semester,” Steenhuisen said. “The World Mission Society has been around on campus at least since then.”

Georgetown University Police Department received one official report regarding the individuals proselytizing “God the Mother” in December, according to GUPD Chief Jay Gruber. Despite several student accounts to The Hoya, GUPD has yet to send out an alert to campus.

“We have had a number of groups that have come onto campus over time doing similar types of things,” Gruber wrote in an email to The Hoya.

The group’s activities do not currently pose a threat to individuals on campus, according to Gruber.

“We don’t plan on sending an alert to our community about this,” Gruber said. “This activity, although unwanted, does not pose a danger to the community.”

Religious groups regularly visit campus during the semester, whether they are working with campus ministry or not, according to Oskvig.

“While this group has made, now, multiple appearances on campus, this isn’t the only group that we’ve had that sort of shows up,” Oskvig said.

The religious fringe group hung flyers across campus, including in Red Square and the Leavey Center, according to Nelise Jeffrey, office coordinator for the theology department. The flyers were bright yellow and featured clip art, phrases in both English and Korean, and an invitation to a Bible study, according to Jeffrey.

Encounters with individuals proselytizing the religious fringe “God the Mother” concept have not been limited to Georgetown’s campus. Maddie Chu, a freshman at American University, was also approached on her school’s campus Nov. 29 by a young man and woman who asked her if she had heard about the concept of “God the Mother.”

Students who wish to report interactions with religious groups on campus (both Georgetown- and non-Georgetown-affiliated) are encouraged to contact the Office of Campus Ministry by email at [email protected] If students feel at all unsafe in these interactions, they are encouraged to immediately contact GUPD by phone (202-687-4343) or through the LiveSafe app.