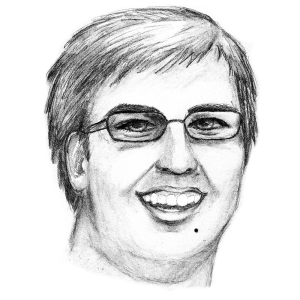 With loud cries of war around the world, it can be easy to miss the quieter signs of social injustice close to home. However, these indecencies must be paid heed, as they affect us in a direct — albeit less headline-worthy — way. One such wrong is the abuse of power by Epicurean and Company owner Chang Wook Chon.

Chon, originally charged in 2010 with withholding overtime wages from his workers and violating the Fair Labor Standards Act, allegedly continued threatening his employees even as his case proceeded. Chon allegedly bribed an employee who had attempted to recover back wages through the lawsuit with the promise of a promotion if he would drop the civil case. Chon then allegedly demanded that the employee cut off all contact with his lawyers. Though the situation was resolved to a degree, it underscores Chon’s flagrant disrespect of workers’ rights.

In a restaurant named for Epicureanism — an ancient Greek philosophy where pleasure and the absence of pain are the primary aims of human life — it is grimly ironic that management has caused so much emotional, financial and mental ache to those it employs. Epicurean occupies a valuable piece of real estate on Georgetown’s campus — a place where other food service providers could thrive. We are lucky that the neighborhoods surrounding us have plenty of thriving restaurants that are successful in the area and could easily expand onto campus to replace a lackluster Epicurean. If Epicurean’s present management cannot commit to serving others with dignity and treating its employees with kindness and understanding, there is no need for Georgetown to continue doing business with them.

At a school like Georgetown, whose identity is rooted in social justice, resident businesses must be held accountable to even higher standards. If Epicurean does not swiftly change its treatment of workers, our values instruct us to remove it from campus. Georgetown, its students and Epicurean customers have the responsibility to demand a better option. A better, socially conscious restaurant could — at the university’s and students’ behest — re-employ Epicurean’s current staff.

If the restaurant’s leadership will not commit to serving its own employees with respect and decency, they do not deserve to serve our community. I do not mean to attack the restaurant as a whole but rather to call for positive change. Last March, Cho pled guilty to the charge of criminal contempt for violating a court order issued during a civil lawsuit, which carries a maximum of one year in prison, a potential fine and other penalties. It remains to be seen how the case will proceed in the coming months. With the Greek roots of “Epicurean” again on my mind, I remembered another Greek word, metanoia, meaning a change of heart and mind. This column is a call for the transformation of character that Epicurean must undergo if it wishes to keep its place here on Georgetown’s campus.

James Gadea is a sophomore in the School of Foreign Service. The Elephant in the Room appears every other Friday.