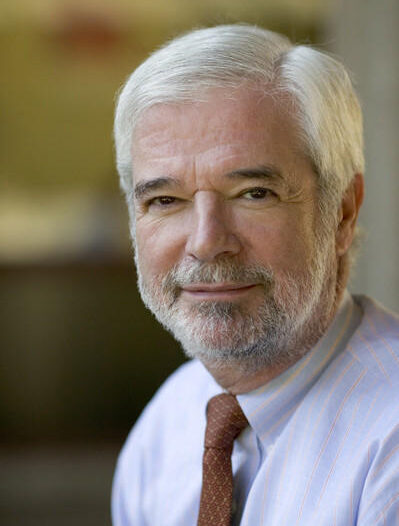 The meteoric rise in the video game retailer GameStop’s stock price, driven by a surge of interest from individual investors, reflects a changing stock market that is becoming more accessible to the average person, panelists said at an online event March 15.

The event, titled “Power to the Players? Free Speech and Finance on Wall Street and Main Street,” was hosted by the Free Speech Project at Georgetown University and moderated by the project’s director, Sanford Ungar. Panelists included James Angel, an associate professor at the McDonough School of Business, Felix Salmon, the chief financial correspondent at Axios, and Jennifer Schulp, director of financial regulation studies at the Cato Institute.

Panelists discussed how WallStreetBets, a popular forum on Reddit on which users discuss stock picks and option trading, caused the sudden and frenzied rise of GameStop stock in January by directing a mass of retail traders, non-professional investors who purchase, buy and sell securities for their own personal accounts, to buy the stock.

WallStreetBets has ushered in a new era of trading in which the general public has the power to cause a stock market disruption on its own, according to Salmon.

“The WallStreetBets crowds on Reddit started coalescing around GameStop and realized that it was heavily shorted and realized that if they just kept on buying it with all of their stimmies, their stimulus checks, then it would go up,” Salmon said at the event. “That’s the new game. It’s called playing meme stocks on the stock market.”

Months before WallStreetBets users got involved, hedge funds began heavily “shorting” GameStop by betting that the stock’s price would go down because it was a brick-and-mortar video game store struggling to survive the COVID-19 pandemic. Noticing this trend in shorting,  users in WallStreetBets encouraged each other to invest in the company, arguing that the stock was actually undervalued. By banding together to buy shares of GameStop and increasing its value, WallStreetBets helped trigger a “short squeeze.” This shift forced the hedge funds that shorted the stock to buy more shares in order to cover their losses, further skyrocketing the price of the stock.

After the surprising rise in price of GameStop stock, some financial analysts began to question whether the WallStreetBets users’ involvement could be classified as illegal manipulation of the stock market by bots or financial investors pretending to be Reddit users. However, the Reddit posts were not manipulative or illegal, according to Schulp.

“There is not evidence of people deceiving or spreading false information about GameStop,” Schulp said at the event. “In fact, it was somewhat refreshingly open and clear.”

Although the Reddit users involved in the stock’s price change are likely ordinary people exercising their right to freedom of speech, the U.S. Securities and Exchange Commission should still investigate the incident as a precaution, according to Angel.

“Unless they find armies of Russian bots that are sending out fake messages, I don’t think they are going to find anything that they can prosecute,” Angel said.

The rise of GameStop has also revealed the tensions between traditional professional investors, who work for hedge funds and companies, and retail investors, a class of relatively inexperienced traders who invest small amounts of money in their own personal accounts. However, for the stock market to operate effectively, these two groups should not antagonize each other, according to Schulp.

“It’s definitely become part of the public consciousness that we think about this as a little bit of a rebellion of the little guy against the big guy,” Schulp said.

Financial analysts have characterized the GameStop incident as a financial populist revolt in which average Americans are motivated at the opportunity to tear down the elite and institutional hedge funds and institutions, which are run primarily by wealthy individuals to accrue more wealth. Wealth inequality and anger toward Wall Street increased during the pandemic, as the economic shock of COVID-19 left millions unemployed at the same time the stock market reached record highs.

While it is important for the general public to be more represented in the stock market, hedge funds and short sellers still play an important role in the market despite negative public opinion, according to Angel.

“An overpriced stock is nobody’s friend,” Angel said. “The short sellers are actually doing everybody a favor by preventing more misvaluations.”

The rapid ascent of GameStop stock not only proved to be extremely costly to short-selling hedge funds, but it also disrupted the services of brokerage firms such as Robinhood, a popular online brokerage known for offering commission-free trading. Robinhood sparked outrage when it temporarily prohibited the purchasing of GameStop and other highly volatile shares on Jan. 28, the same day its value hit a high of $483 per share.

Many retail investors accused Robinhood of colluding with hedge funds such as Melvin Capital to prevent the GameStock price from rising even further. However, Robinhood had good reason for its decision to halt purchases, according to Angel.

“It was not some grand conspiracy to bail out Melvin Capital,” Angel said. “It was basically the fact that they were being required to put up tons of collateral, much more than they normally had to put up.”

Although platforms like WallStreetBets and Robinhood helped contribute to a tumultuous period for the stock market, getting more people involved in trading is ultimately a good thing, according to Schulp.

“We’ve seen more people, more retail investors, enter trading over the course of the last year, and the people that have opened accounts and started trading have looked different than the people that have traditionally had stock trading accounts,” Schulp said. “They’re younger, they’re lower income, they’re more racially and ethnically diverse, and I think there’s a lot to be said here for the fact that folks are getting involved in the market.”