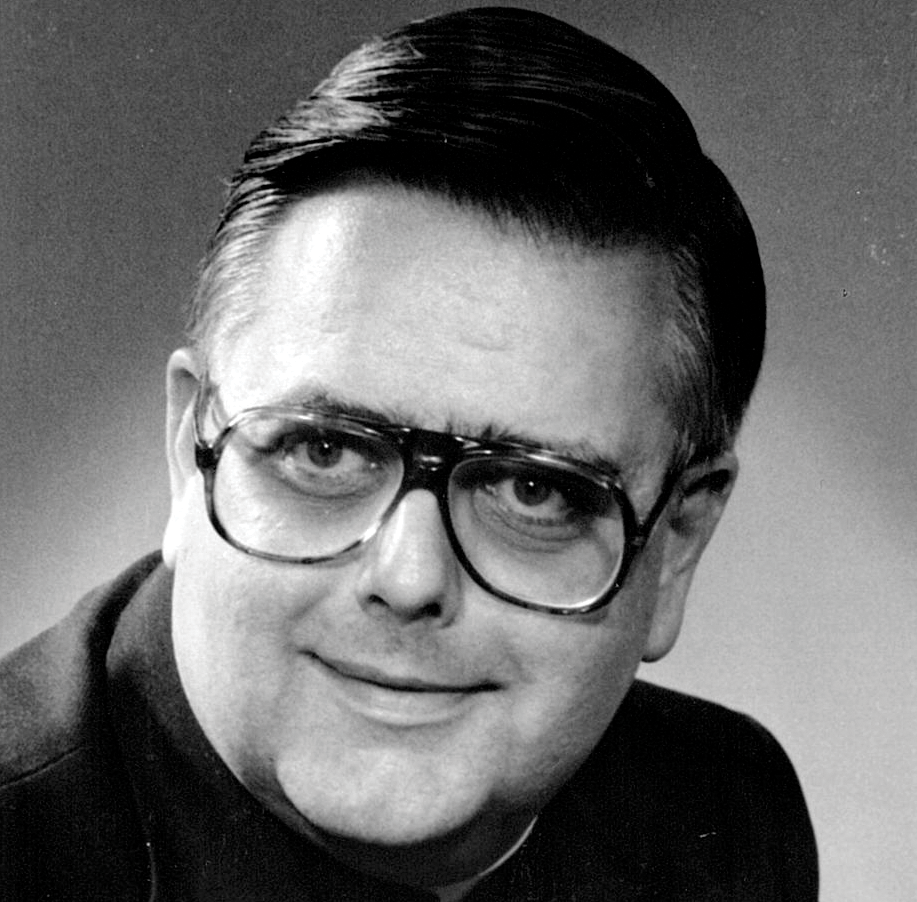 In 1983, Fr. Thomas M. Gannon, S.J., received the faculty member of the year award from Loyola University Chicago for his work as chair of the sociology department. The same year, Gannon left Loyola to become a professor at Georgetown University and the director of the Woodstock Theological Center in Ida Ryan Hall — a move that came after Gannon sexually abused a minor at a church in Highland, Ind., that year.

That accusation, deemed credible by the U.S. Midwest Province of the Society of Jesus in 2018, is one of several against Gannon, both before and after his time at Georgetown from 1983 to 1986. Gannon, who died in 2011, also sexually abused minors while teaching at an Ohio high school in the 1960s and at two parishes in the 1990s, according to the Midwest Province.

While he was chair of the sociology department at Loyola, Gannon — who would later teach sociology to undergraduates at Georgetown — allegedly sexually assaulted and harassed at least two graduate students, allegations that were reported at the time to Loyola administrators in the Jesuit order, but were not public until now.

Gannon taught Georgetown undergraduate classes on comparative social structures and the sociology of religion from 1983 to 1986, according to archives of class schedules from those years. During his time at Georgetown, Gannon lived in a Jesuit residence two blocks from the front gates and worked as the director of the Woodstock Theological Center, a research center located in Ida Ryan Hall that was managed by the Maryland Province of the Jesuit order until the center closed in 2013.

Georgetown University, which first learned of allegations against Gannon from the Midwest Province’s report Dec. 17, 2018, has not publicly acknowledged his past work on campus.

As chair of Loyola’s sociology department from 1972 to 1983, Gannon advised graduate students on their research projects. Two graduate students studying in the department under Gannon were harassed by him in the 1970s, they said in interviews with The Hoya. They reported Gannon’s actions to Jesuit administrators, who dismissed the complaints, leading both students to leave the university.

Gannon routinely invited one of those students, Sam Terzich, to his off-campus apartment while Terzich was conducting research in the early 1970s. During Terzich’s last visit, Gannon made unwelcome advances on him. Gannon’s harassment included a physical attack where he attempted to unbuckle Terzich’s belt and pull down his pants. Gannon said he wanted to spank Terzich and pull him over his knee. Terzich resisted the attack, pushed Gannon to the floor and left the apartment.

“He was a sick guy,” Terzich said in a phone interview with The Hoya.

In the subsequent weeks, Gannon harassed Terzich, calling him repeatedly and showing up to his apartment. Terzich avoided Gannon, rejecting his calls and not answering the door at his apartment. Communicating through other students, Gannon threatened to revoke Terzich’s research assistant position if he did not meet with him.

Terzich informed two professors and Fr. Robert McNamara, S.J., then Loyola’s vice chancellor, about the events and the continued harassment. McNamara did not offer support, though he was not surprised by the assertions of Gannon’s behavior, according to Terzich. McNamara, who died in 1985, supported Gannon, citing the latter’s esteemed status in both the university and the Chicago Province, which has since been combined with other regions to form the Midwest Province.

Terzich left Loyola during his first year of graduate studies because of McNamara’s lack of support. After leaving school, Terzich moved, changed phone numbers and did not hear from Gannon.

When Loyola contacted Terzich several months later regarding the status of his research, Terzich informed them of Gannon’s actions and the circumstances of his departure. The university never followed up.

One of Terzich’s fellow graduate students at Loyola in the 1970s, referred to by the pseudonym Stephen, was also sexually harassed by Gannon, he said in a phone interview with The Hoya. Gannon invited Stephen to his apartment by passing messages through his receptionist, who warned students it was in their best interest to meet with Gannon, the chair of their department.

After rejecting several attempts by Gannon to meet with him, Stephen went to the professor’s apartment, where Gannon tried to spank and hug him. Angered by these unwanted advances, the student pushed Gannon away.

After this incident, Stephen informed an on-campus community of Jesuits and then-president of Loyola University Chicago Fr. Raymond C. Baumhart, S.J., of Gannon’s predatory behavior. Baumhart sent an administrator to speak with the student, and contacted Gannon about the student’s complaint, according to Stephen.

Stephen told the administrator that many male students were uncomfortable with Gannon’s behavior and said they were considering leaving the program because of him. After no disciplinary action was taken against Gannon, Stephen left the graduate program after one semester.

On Baumhart’s behalf, Fr. Robert J. Scullin, S.J., the superior of the Jesuit community in Michigan where Baumhart lives, declined to comment.

In 1983, Gannon left Loyola and began his work at Georgetown, where he taught undergraduate students for three years.

Gannon sexually abused minors at two institutions before coming to Georgetown and two more institutions after, according to a report by the Midwest Jesuit Province released in December 2018 that deemed the allegations against Gannon credible.

The first known abuse, committed between 1961 and 1966, was at St. Ignatius High School in Cleveland, where Gannon taught. Gannon went on to sexually abuse a minor in 1983 at St. James Church in Gary, Ind., before the province reassigned him to the Woodstock Theological Center at Georgetown, where he served as director from 1983 to 1986. After leaving Georgetown, Gannon also sexually abused minors in the 1990s at Our Lady of Mount Carmel Church and Holy Family Church, both in Chicago.

The Midwest Province, which was sent questions for this article March 8, has not commented on when it received allegations against Gannon.

Before 2002, when the Boston Globe’s Spotlight report revealed the Catholic Church’s sexual abuse cover-up, Woodstock did not commonly check for sexual abuse allegations when hiring a Jesuit, according to Fr. John Langan, S.J., who was acting director of Woodstock after Gannon left in 1986 and worked as a senior fellow at the center from 1976 until 1995, according to archival records of the Maryland Province.

“Woodstock is a research institution, and so it doesn’t have a well-defined clientele of students or faculty,” Langan said in a phone interview with The Hoya. “So there is not the kind of direct pastoral responsibility or the likelihood of situations that are focused on the discussions of the abuse of children. I think most of the time we didn’t think much about that.”

Gannon was also the director of studies and religious formation for the Chicago Province of the Jesuits from 1970 to 1980. For six of those years, he was elected chairman of the national policy group for Jesuit training in the United States, where he also acted as a consultant to the Jesuit Superior General in Rome.

Gannon’s positions of power in the province and the university provided him access to students dependent on his advice and counsel. These types of relationships, in which a priest advises someone under their supervision, enable abusers to draw on their embedded power to take advantage of adults, according to David Pooler, a professor at Baylor University researching clerical abuse of adults.

“When someone becomes 18, we make some assumptions that aren’t true, which is that they can provide consent,” Pooler said in a phone interview with The Hoya. “And they can’t when there’s that kind of power differential.”

This article has been updated to correctly reflect the location of Woodstock Theological Center from Gannon’s time working there.