In response to concerns about the Catholic Church’s stance on same-sex marriage, Fr. Michael, a character on the NBC show “The New Normal,” asks, “Jesus was a fighter, son. How about you?” 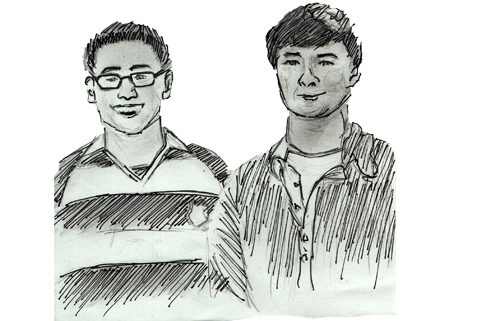 Fr. Michael’s question reflects a deep truth for the contemporary Church. For Catholics, there exists a serious tension between the Church’s seemingly contradictory orders: At once, the Catholic Church is very clear in its opposition to same-sex marriage, but it also calls for loving acceptance of LGBT individuals in the Church. How can we lovingly accept LGBT people into the Church while simultaneously denying them marriage and romantic love — two things the Church itself admits are important to many human lives?

The Church’s position on this issue is colored by the context in which it currently ministers. Outside the Church, the past two years have seen incredible progress for gay rights and acceptance of gays, lesbians, bisexuals and transgender people both here in the United States and around the world. With gay rights cases being heard in the U.S. Supreme Court and even more states expected to approve marriage equality in coming months, things are looking up for the gay rights movement here in this country.

Outside the Church, people have been fighting for gay rights for years. But what about the Church? Where is the fight there?

While the conversation about marriage is an important one, it is perhaps too lofty a goal in an institution that is fundamentally opposed to new types of marriage.

Something that more Catholics and Christians should discuss is how our religious and spiritual communities can minister and reach out to our gay brothers and sisters. We think that the best way to fight for the LGBT community in the Church is to make sure that the Church’s stances against gay marriage do not lead to the homophobia and bigotry that too often mar the relationship between American institutional religion and LGBT communities.

In other words, Catholics — gay and straight alike — should be fighters by ensuring the acceptance ofLGBT individuals in their own Catholic communities. LGBT Catholics are Catholics too, and all Catholics are called to ensure that they are given the tools needed to live their lives well.

When he is present in the series, Fr. Michael speaks frankly and with the sort of warmth and kindness that you would always hope for in a parish priest. When Bryan, a gay character on the show, expresses his frustration with the Church and his feelings of marginalization and hate, Fr. Michael tells Bryan upfront that the Church does not regognize homosexuality and that it is not anti-gay. Their discussion reconciles, albeit incompletely, Bryan with the Church, surely leaving him with a much more positive vision of the Church and its faith.

It is exactly this attitude that the Church around the world should emulate. Cardinal Dolan himself spoke about the need for the Church to better engage LGBT communities both here in the United States and the around the world. The Church must continue to emphasize its duty to minister — as lovingly as possible given its stances — to LGBT individuals.

Although it is unfortunately impossible to realistically argue for same-sex marriage in a Catholic framework, it is clear that the Church has an active duty to fight bigotry and discrimination in the most serious cases, as well as condescension and unwarranted pity.

We think Georgetown does an admirable job on this front. The LGBT resource center — the first at a Catholic university — as well as an active prayer group for gay students are only the tip of the iceberg for how this university ministers to gay students. That said, the many resources that exist are not perfect, nor is the kind of ministry that exists perfect. But the university leads the way — and should continue to lead the way — in actively serving the LGBT students on campus who seek support.

The Church’s stances on sexuality will likely always vary markedly from those of the gay rights movement. But the Church has a duty to actively reach out to LGBT individuals, serving their needs like it serves the needs of all other Catholics, whatever these needs may be. The Church would do well to follow the example of Fr. Michael — even if he only exists on television.

Pat Gavin and Alex Honjiyo are seniors in the College and the School of Foreign Service, respectively. This is the final appearance of AGGIORNAMENTO.