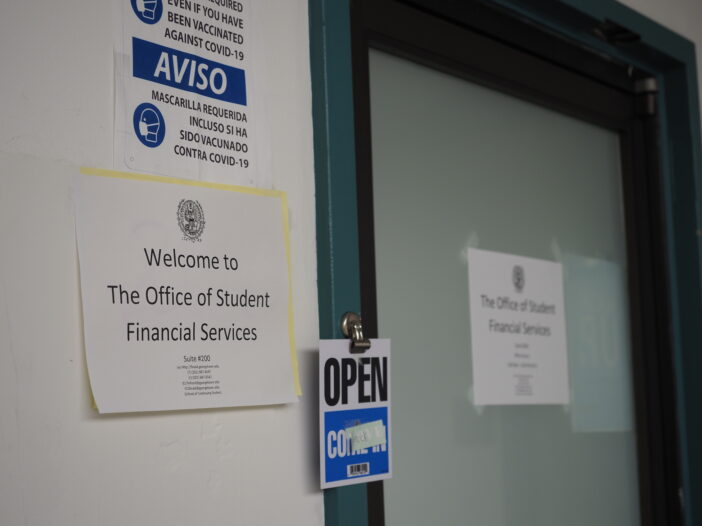 This is a developing story. Check back on our website and social media (@thehoya) for updates.

Georgetown University, along with 15 other top schools, is being sued for using shared methodology to limit and calculate applicants’ financial aid packages.

The class action lawsuit, which was filed Sunday night in Illinois, alleges antitrust violations because the manner of collaboration between schools in determining applicants’ financial aid packages ultimately led to price fixing. The practice, which was intended to eliminate or decrease financial aid as a form of competition in the admissions process, harmed applicants by artificially increasing the cost of attendance for students who receive financial aid, according to the lawsuit. The plaintiffs in the lawsuit are five students who formerly attended some of the schools accused of antitrust violations, according to The Wall Street Journal (WSJ).

Schools are legally permitted to work together on financial aid formulas. However, federal law states that admissions offices must be need-blind — that is, disregard applicants’ financial circumstances when making admissions decisions — in order to qualify for an antitrust exemption that allows them to collaborate on financial aid formulas. The lawsuit alleges that at least nine of the 16 universities, including Georgetown, are not abiding by need-blind policies by systematically favoring wealthy applicants. As a result, all 16 universities have violated antitrust law by collaborating and giving an advantage to applicants from wealthy donor families, according to the WSJ.

Georgetown claims to practice a need-blind admissions process for all applicants.

“Georgetown University admits and enrolls students without regard to their financial circumstances and is committed to meeting the demonstrated financial need of eligible students through a combination of aid programs that include grants, scholarships, employment and loans from federal, state, private, and University resources,” the financial aid page of Georgetown’s Office of Undergraduate Admissions website reads.

The lawsuit aims to end collusion between the schools when determining and awarding financial aid packages to admitted students.

According to the WSJ, former undergraduate students who did not receive a full financial aid offer from any of the 16 schools accused of collusion in the past 18 years are eligible to join the lawsuit.

The lawsuit aims to help more than 170,000 students who did not receive a fair or accurate financial aid package, according to Robert Gilbert, one of the attorneys on the plaintiffs’ legal team, in a press release.

“We have conducted a multi-year investigation of these practices, which we allege are unlawful, and we plan to vindicate the rights of more than 170,000 financial aid students and their families whom we believe have been overcharged by these elite universities,” Gilbert wrote in the press release.

A Georgetown spokesperson did not provide a comment in time for publication.

This article was updated on Jan. 10 to include University President John J. DeGioia’s involvement in the 568 Presidents Group.