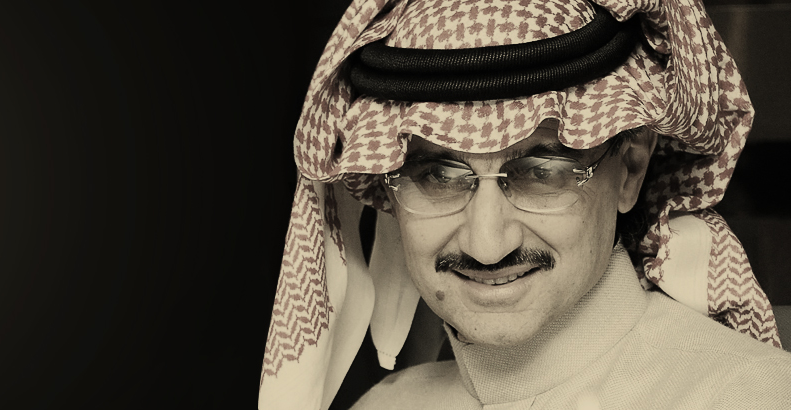 Prince Alwaleed, who donated $20 million in 2005 to endow the Alwaleed Center for Muslim-Christian Understanding, a center for interreligious dialogue established in 1993, was part of Saudi Crown Prince Mohammed bin Salman’s ordered arrests of four ministers, tens of former ministers and 11 of his royal cousins as part of an alleged anti-corruption crackdown, according to The New York Times.

Crown Prince Mohammed, pegged as current Saudi King Salman’s favorite to ascend to the throne, called for the arrests without a formal legal process or warning just after midnight.

With an estimated net worth of $18.7 billion, Prince Alwaleed gave Georgetown the second largest single donation at the time.

Since then there have been a number of high-profile donations, with the largest as Frank H. McCourt, Jr.’s $100 million donation to launch the McCourt School of Public Policy in 2013.

Jonathan A.C. Brown (COL ’00), ACMCU director and Islamic history professor, said the crown prince’s actions are not fueled by a fight against corruption, but rather royal politics.

“It’s pretty obvious that these efforts at ‘fighting corruption’ are just cover for the Crown Prince to consolidate power and remove competition,” Brown wrote in an email to The Hoya.

Rory Miller, professor of government at Georgetown’s School of Foreign Service in Qatar, said Mohammed’s actions could delegitimize the authority of the Saudi government on the global stage.

“If this move to remove and detain senior princes, ministers and businessmen is proven to be more about domestic politics than stamping out corruption then it will send a very worrying signal that the current leadership in Riyadh is willing to destabilize the situation at home in order to achieve its narrow political goals,” Miller wrote in an email to The Hoya. “Coming on the heels of the blockade of Qatar, this will once more call into question the strategic judgment of the current leadership across the international community.”

Since his donation to Georgetown, Prince Alwaleed has not been actively engaged in the center’s scholarly activity, Brown said.

Brown said except for a brief visit and reception hosted by University President John J. DeGioia in 2007, the prince has not personally reached out to the center.

Prince Alwaleed’s foundation, Alwaleed Philanthropies, has sent a representative to attend ACMCU annual board meetings in the past. In recent years, however, Brown said the representative has not attended these meetings.

Since its founding in 1993, ACMCU’s main goal has been to fill the intellectual gap of understanding between Islam and the West. In recent years, one of the center’s main areas of activity has been analysis of Islamophobia.

The Saudi prince also wanted to create counterpart centers in Western Europe and the United States to help improve understanding of Islam and the Muslim world, according to Brown.

The center’s founding director, John Esposito, met with Prince Alwaleed in Riyadh to provide input on the creation of the centers, Brown said.

After Prince Alwaleed met with Esposito, he decided to endow centers at Harvard University, the University of Edinburgh, Cambridge University and Georgetown, all in 2005.

“The funds were to support the mission and activities of the ACMCU and its ability to increase its outreach globally,” Brown wrote.

“As a Catholic and Jesuit institution, Georgetown has a long tradition as a world leader in promoting inter-religious and cross-cultural dialogue and understanding,” Pugh wrote in an email to The Hoya. “We’re proud of the work that the Prince Alwaleed bin Talal Center for Muslim-Christian Understanding has done to build stronger bridges of understanding between the Muslim world and the West as well as between Islam and Christianity.”

Those who were arrested are currently being held in the Ritz-Carlton in Riyadh, a hotel commonly used by members of the royal family. The 52-acre hotel grounds were evacuated in preparation for the sudden series of arrests.

Crown Prince Mohammed has been increasingly viewed as the de facto ruler of the kingdom, according to The Guardian. He currently exerts influence in all main areas of the Saudi government, including the military, foreign policy and the national economy.

Al Arabiya, the Saudi-owned media outlet whose broadcasts are officially approved by the government, announced the arrests came hours after King Salman established an anti-corruption committee that has the power to investigate, ban from travel and freeze assets of anyone suspected of corruption. Crown Prince Mohammed serves as the head of this committee and its investigations.

The arrests will cause instability for both Saudi Arabia and the Middle East, according to Brown.

“The policy direction of the Saudi government under the crown prince will be highly destabilizing for the medium and long-term future of Saudi Arabia,” Brown wrote. “I don’t think that it will promote regional stability or American interests.”

In recent years, Prince Alwaleed has been an outspoken critic of President Donald Trump. Although the Saudi prince bought Trump’s yacht in 1991, Prince Alwaleed called on Trump to withdraw from the presidential election as he was a “disgrace not only to the GOP but to all America” on Twitter in December 2015.