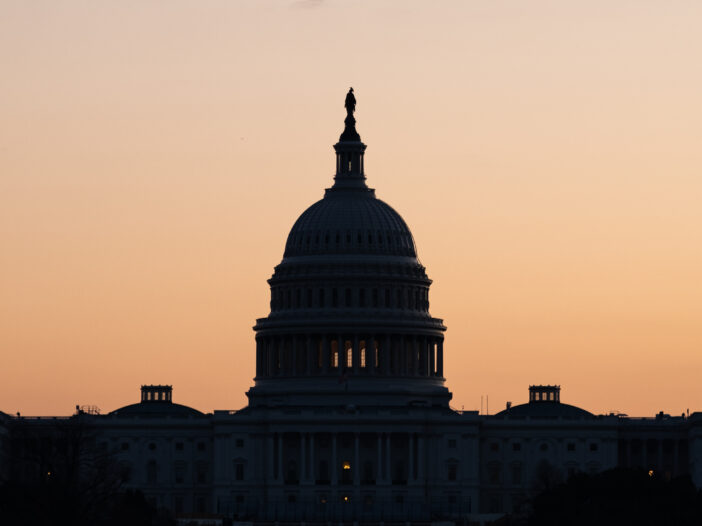 In collaboration with four collegiate bipartisan organizations, the Georgetown Bipartisan Coalition (GBC) published a statement on bipartisanship in the United States.

Compassion is at the core of bipartisan discourse, according to the statement.

One year after the Jan. 6 Capitol Hill insurrection, Americans are more likely to say political violence is justified, and 34% of Americans say violent action against the government is sometimes justifiable.

The groups involved hope the statement addresses rising polarization and improves the culture of bipartisan relations, according to GBC President Matteo Caulfield (COL ’23).

Political division and violence in the U.S. are serious issues the organizations hoped to address at the summit, according to Luke Henkel (COL ’23), GBC Director of Off-Campus Affairs.

“The opportunity to get people together who have differing political beliefs and just be able to talk to one another and see each other as human beings is an enormously positive step in the right direction,” Henkel said. “That’s something that we were able to do at the conference and that’s something that we all committed to as organizations.”

Planning for the summit began in the summer of 2021, Henkel said.

“A few of us at the Georgetown Bipartisan Coalition got the idea that we wanted to convene some similar organizations together to talk strategy and discuss areas in which we could improve the state of bipartisan discourse on college campuses and in the country more broadly,” Henkel said. “That was the mission we had going in.”

It is important for students from different universities to speak about politics, according to GWBWSC’S Right Wing Co-Chair AJ Manandic, who attended the summit.

GBC invited Brian Stelter, CNN’s chief media correspondent and one of the Georgetown Institute of Politics and Public Service fall 2021 fellows, to speak at the summit, according to GBC Director of Communications Courtenay Kim-White (COL ’24)

“We were very, very lucky and very blessed to have CNN’s Brian Stelter come speak about the nature of bipartisanship and partisan division in the media and he was fantastic and I think that everyone really took a lot away from what he had to say,” Kim-White said in an interview with The Hoya.

Kim-White said the summit and statement establish channels of communication the groups hope will translate to the future political landscape.

Caulfield said the GBC hopes to make the summit an annual event.

GBC hopes to include more schools in the future, according to Henkel.

“We only had five organizations attend this event, but we’re really proud of that and we think that’s a great start,” Henkel said. “We’re looking to make progress on this in the future and to continue advocating for these goals and supporting the ideals that are so central to our mission as an organization at the Georgetown Bipartisan Coalition.