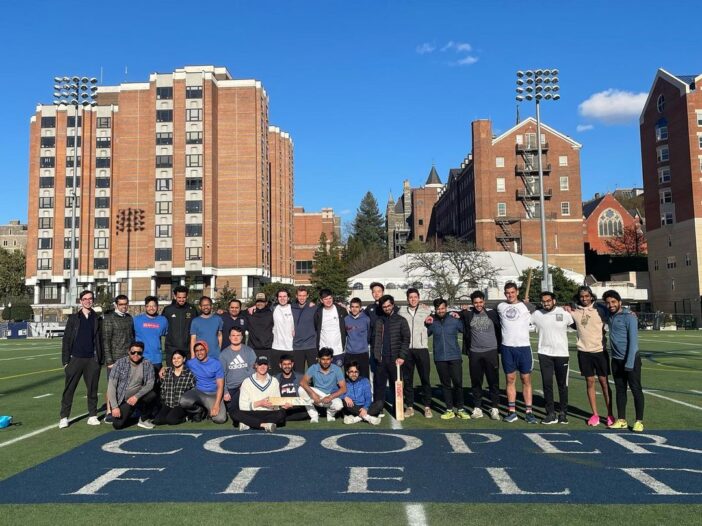 After playing only one official game in program history last spring, the Georgetown club cricket team will play at a regional cricket tournament for the first time.

The Hoyas will face George Washington University, the University of Maryland and Drexel University during the initial stage of the tournament from Oct. 7-9. If they do well enough in this group, they will get the chance to advance and play up to two more games to become regional champions.

Matthew Turner (SFS ’23), president of the cricket club, told The Hoya he has high hopes for the team’s prospects at the tournament.

“We’ve got a combination of some pretty good talent, with around 30 people on our match squad and we take about 12 to each game,” Turner said. “We are relatively confident. I know that George Washington University had a team for a while, but we have some alumni who are going to come and support us. We’re going to find out how good we are very quickly, but I hope we make it at least to the semifinal.”

Although this tournament signifies many firsts for the cricket team, Turner says the legacy of cricket at Georgetown goes far back into the school’s history, as there was once a club in 1861.

There was a semi-formal club that continued until the beginning of the COVID-19 pandemic, but the team never played games against other schools. After the pandemic, several students started the club again in Fall 2021, and soon had their first official match – and victory – in the spring against American University.

In addition, Turner said Georgetown’s position in the nation’s capital and the large population of international students on the team have helped foster a community of students who share a love for the game.

“We get this combination of a lot of people from all over the world who have played cricket before. From our most recent count, we have 13 different nationalities in the club,” Turner said.

“On top of that we have a lot of internationally-minded people at Georgetown who just want to learn about cricket or might have played some baseball and pick it up and this will be their first cricket match ever. It’s a real mix of people which is what I love about it.”

The cricket club, however, is about more than just the competition. The club focuses on building a diverse community where people of all backgrounds can meet each other and become friends.

Vishwas Wadhwa (NHS ’23), vice captain of the club, told The Hoya he experienced this sense of community last year when the team was reformed.

“We like to have fun both on and off the field,” Wadhwa said. “Oftentimes a lot of players only might have one thing in common, which is cricket, but I met some of my best friends through the team last semester.”

Despite widespread interest in the club, with around 50 people attending a team barbeque earlier in the fall and 140 members in the team GroupMe, the team is still struggling to schedule official practices and games on campus.

“We’ve also been trying to play on Cooper Field and Kehoe Field, but I think misunderstandings about cricket have been coming into play that have made it very difficult to get us face time with Georgetown Athletics so we can explain how it works and how we could adapt it to make it safe on Cooper,” Turner said.

The team had an exciting event planned for this fall: a game against the British embassy, in which the Dean of the SFS Joel Hellman was supposed to participate. However, even though the high-profile game was scheduled, the game fell through at the last minute because the team was unable to secure access to Cooper Field.

Still, the team plans to play more games in the spring semester, and remains hopeful about possibly rescheduling the British embassy game.

Turner said the team is open to new members joining and takes pride in upholding a more than 150-year-old Georgetown tradition.

“Cricket goes back so far. The washing machine, gasoline-powered cars — Georgetown cricket is older than all of these things,” said Turner. “We are always looking for new members who want to come out and learn about cricket.”