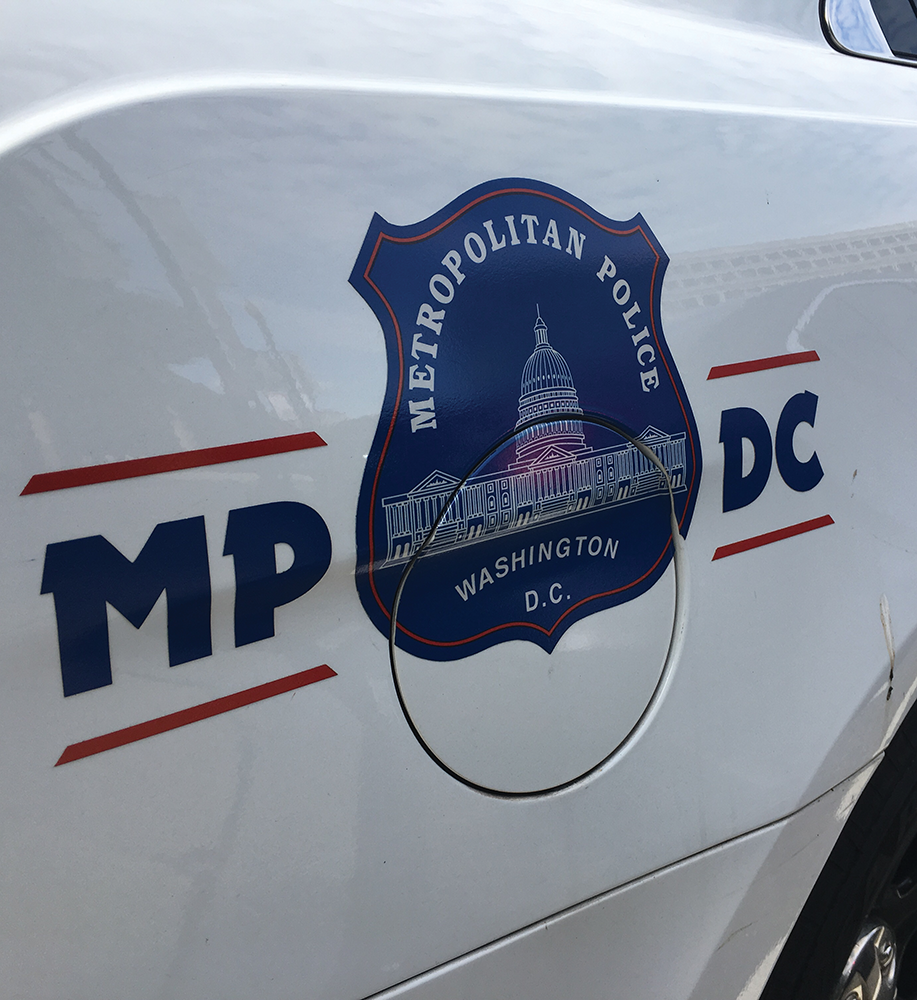 A petition demanding that Georgetown University cease all relationships with “any police department” has garnered nearly 6,000 signatures as of June 8 amid nationwide demonstrations against police brutality.

The murder of George Floyd, following a trend of racist violence against unarmed Black people, has renewed demands for policing reforms and cast fresh light on persistent racial inequity in the United States. The Metropolitan Police Department and other law enforcement groups operating in Washington, D.C., have also drawn criticism in recent weeks for violent responses to peaceful demonstrations in the city. Protestors have reported police spraying tear gas and shooting rubber bullets in attempts to disperse crowds.

Given these recent events, the university needs to cut all ties with external police departments to support Georgetown’s Black community and live up to its commitments to combating racial injustice, according to the petition.

“As a Georgetown University community that stands for our Black community, and joins the fight against racism and hatred, it is imperative that the university, including the Georgetown University Law Center, cease all relationships with any police department,” the petition reads. “In light of the police brutality that continues to plague our nation (a reality that has led to the death of George Floyd and all those before him, and those that are being lost in their fight against this violence in recent protests) we cannot stand alongside the perpetrators.”

To further pressure the university into change, organizers created a link to a prewritten email for students to send to university administrators.

Georgetown should end its contractual relationship with MPD and reallocate the funding for the police department toward other resources that support marginalized members of the Georgetown community, according to the prewritten message.

“As a Jesuit university that believes in ‘Cura Personalis’ and ‘people for others,’ Georgetown University must take systemic actions to stand with their Black and Brown students who have been urging for this kind of actionable change and justice for years,” the email reads. “Georgetown University cannot claim to atone for its participation in the sin of slavery if it fails to take tangible action towards dismantling systems of violence against its Black students. Terminating its contract with the police provides a place to start. We are watching. The world is watching.”

At other institutions across the country, students have been pushing university administrations to reevaluate their relationships with local police departments. The University of Minnesota announced May 28 that the school would scale back ties with the Minneapolis Police Department.

Georgetown is largely supervised by its own police force. The Georgetown University Police Department is a special police force commissioned by the city to police university property. GUPD “works closely” with MPD, and GUPD officers sometimes collaborate with MPD on criminal investigations and other police services. The university may also employ MPD officers to help police off-campus neighborhoods and minimize noise through the Reimbursable Detail Subsidy Program, according to university officials.

Georgetown must end relations with the MPD and take action to hold GUPD officers accountable to ensure the safety of Black students, according to Jola Bankole (COL ’23), who signed the petition.

“Minorities on campus already have their problems with GUPD, but the difference between GUPD and MPD is that MPD carries guns while GUPD doesn’t,” Bankole wrote in an email to The Hoya. “I feel like during my tenure at campus I should not have to walk around in fear of

MPD. That is why I am calling for Georgetown to terminate contracts with MPD.”

Though the petition does not explicitly call for the disbanding or defunding of GUPD, its circulation has rekindled conversations about the force’s faulty policing practices. GUPD has faced accusations of biased policing and racial profiling in the past. Many students of color have reported GUPD officers stopping them and asking them to prove their Georgetown affiliation. Only one official bias report was filed against GUPD between 2014 and 2019, as many students allegedly harassed or profiled by officers said they fear retribution or inaction from GUPD. More than 30 student groups penned a letter to the administration in 2018 pushing against an effort to arm GUPD officers for fear that doing so would endanger Black and Brown Georgetown students.

GUPD chief Jay Gruber says his force has worked to streamline the complaint-filing process against GUPD officers and to increase transparency about officer training since 2019. The university cannot currently end its agreements with MPD because of a university “campus plan” with the city, according to a June 5 email from university administrators.

“In light of recent events that have unfolded in the District and across our nation, we will engage with students and other members of our community as we reevaluate and enhance the training required for any MPD reimbursable detail officers used by the university to ensure that implicit bias, de-escalation and other elements are required,” Gruber wrote in an email to The Hoya.

The university’s efforts to confront policing issues and support Black students, however, have been insufficient, according to Jabari Butler (MSB ’22).

“Georgetown’s response is simply not enough. Their responses always seem the same to any event that requires their response,” Butler wrote in an email to The Hoya. “We’ve heard about the police trainings and the actions meant to make our police understand their roles better but that’s not what we want. The institution of policing in America has become corrupt and is rotten in the roots. It must be dismantled and re-imagined.”