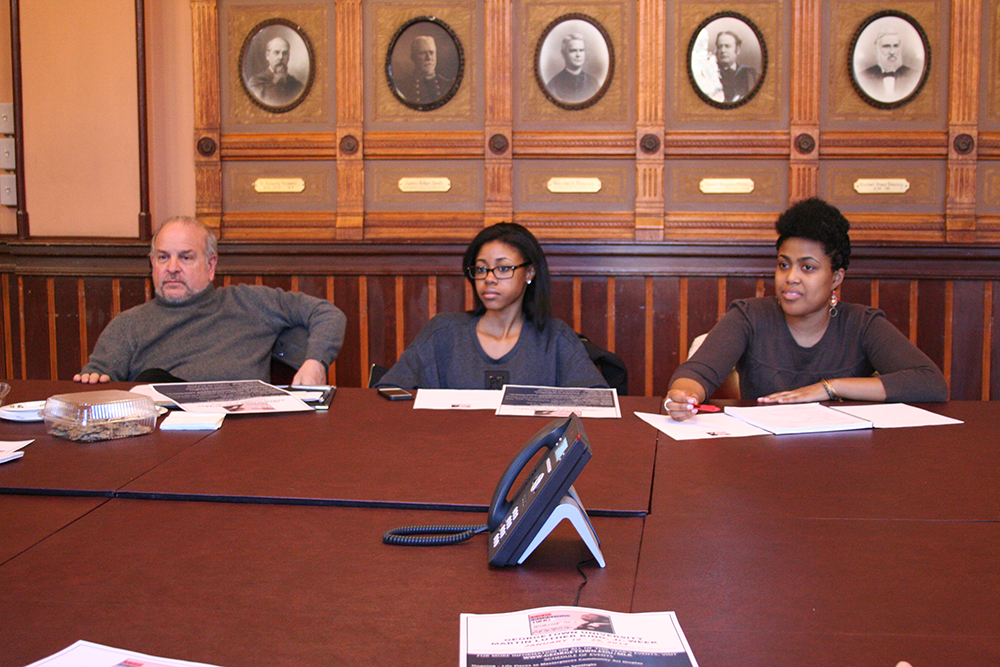 In commemoration of Martin Luther King Jr.’s civil rights advocacy and the 1963 March on Washington, Georgetown will hold a week of events beginning Jan. 19 that will include film screenings, panels, and speeches from influential members of the Georgetown community.

The MLK Week Planning Committee, a group comprised of Georgetown students, faculty and staff, has planned 11 events to honor King’s legacy and engage Georgetown in a ceremony couched in reflection.

The marquee event of MLK Week will be Let Freedom Ring! a concert and award ceremony held at the John F. Kennedy Center on Martin Luther King, Jr. Day. The evening will feature performances from artist Dionne Warwick and the Let Freedom Ring Choir. During the event, the university will present 2014’s John Thompson Jr. Legacy of a Dream Award to Lecester Johson, executive director of the Academy of Hope, an adult literacy program in the District.

“It really has been the university’s effort to recognize the importance of Dr. King and his legacy and what that meant to our community both locally and nationally and globally,” Associate Vice President for Community Engagement and Strategic Initiatives Lauralyn Lee said.

Johnson said she believes that the award will greatly aid the Academy of Hope.

“We’ll be able to bring some much needed attention to the issue of adult low literacy,” Johnson said.

The MLK Week Planning Committee met Thursday in Healy Hall to finalize the schedule for the upcoming week’s festivities. The group included Director of the Office of Institutional Diversity, Equity and Affirmative Action Michael Smith, who headed up the planning along with Director of Protestant Chaplaincy Rev. Bryant Oskvig.

The week will begin with a spiritual service at Saint William Chapel, featuring the Rev. Dr. Marcus Matthews, resident bishop of the Washington Episcopal Area, United Methodist Church. Also included will be a training workshop on nonviolent conflict intervention hosted by the university’s Program on Justice and Peace, and a panel discussion on the March on Washington featuring Georgetown staff and Congresswoman Eleanor Holmes Norton.

The university will also host an MLK Reflections Candle Lighting in an effort to give community members an opportunity to share their own personal reflections on King and The March on Washington.

One member of the MLK Week Planning Committee, Assistant Vice President for Benefits and Chief Benefits Office in the Office of Financial Affairs Charles DeSantis, said that he enjoys the idea of openness in the reflection event.

“Something that has come out really great in this reflection is that it is different than the other years we’ve done it,” DeSantis said. “There’s a very different organic feel to this than the other ones that have been very structured and articulately planned.

Other events will include a movie screening of At the River I Stand, a documentary about various periods of King’s life, and an MLK Day of Service, hosted by the Center for Social Justice Research, Teaching and Service and the DC Promise Neighborhood Initiative.

Additionally. Smith emphasized the importance of the event to Georgetown’s Jesuit identity.

“It speaks to our sense of Ignatian and Jesuit values, a sense of community, a sense of men and women for others and diversity,” Smith said. “Dr. King, as an American iconic figure, his life and legacy speaks to the intersection of what we do as a Catholic and Jesuit institution in terms of the sense of social justice and raising voice to the injustices in many different areas of life.”