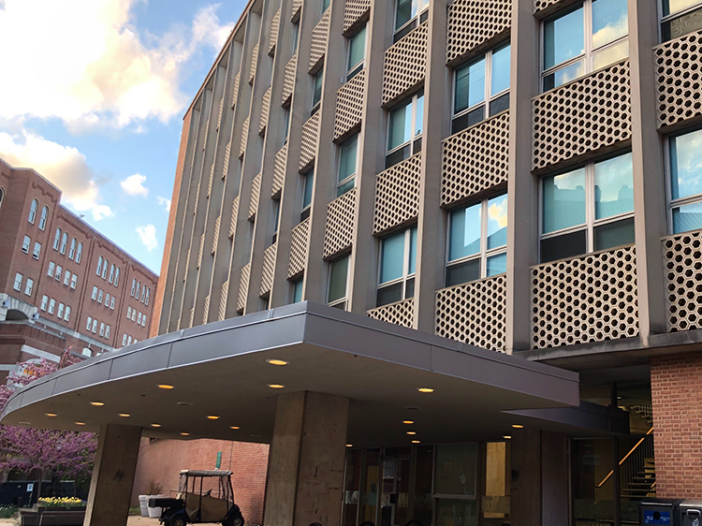 Georgetown University has implemented a hybrid learning pilot program this November, which includes three undergraduate courses and 14 graduate courses of varying sizes to assess the possibility of reintroducing in-person learning in the spring.

The university pilot staggered the hybrid courses’ start dates at the beginning of the month to control the number of new people coming onto campus at one time, but each course will end at Thanksgiving break, which begins Nov. 20.

The classes in the pilot program range in size from seven to 36 students and are arranged to ensure social distancing. These in-person classes are taught at four different locations on the main campus, where the university installed technologies such as microphones and Zoom-compatible projectors to facilitate hybrid instruction, according to a university spokesperson.

“We are very grateful to the faculty and students involved in the pilots, utilizing our badging and testing systems, working closely with CNDLS and CETS teams, and engaging with the new technologies in the classroom,” the spokesperson wrote in an email to The Hoya. “These pilots are an important step in helping us to gain further knowledge about the processes and procedures that might be necessary for future hybrid courses on the Georgetown campus.”

Assistant professor Rahul Gupta is one of the faculty participating in the pilot program. His Strategic Management course transitioned into hybrid learning Nov. 2 and will continue until the Thanksgiving break cutoff.

The pilot program represents an important opportunity to assess and plan for the possibilities for the spring semester, according to Gupta.

“The idea for the pilot has floated around for some time and involves virtually every layer of the University’s stakeholders and decision makers,” Gupta wrote in an email to The Hoya. “As the University crafts policy for the spring semester, it is important to be able to collect data on how hybrid affects student engagement both for those in person and online.”

As a first-year professor, Gupta is thrilled with the opportunity to teach on campus for the first time, but he wrote that he understands not all faculty and staff are as eager or comfortable with returning to the classroom.

Future planning must assess students’ responses to the pilot and take into account vulnerable students’ needs, according to Gupta.

“It is critically important to gauge student interest, learning outcomes, whether virtual students are severely disadvantaged when some of their peers are able to meet in person, and long term compliance with health and safety measures,” he wrote.

Initially, only students in one section of Gupta’s course were eligible to attend the class in person. Regan Donecker (MSB ’21), however, advocated for seniors in the other sections already living in the neighborhood to also be allowed on campus, which the administration approved.

“I reached out to professor Gupta about pushing for seniors of all sections to be approved to go on campus because so many of us are already in the neighborhood, so many of us have been tested on a regular basis, and we’re really just looking for that sense of community and just that extra resource of having access together,” Donecker said in an interview with The Hoya.

Students were notified about the pilot program about two weeks before it began, according to Donecker.

“We were told to fill out an interest form on Google Forms to see interest in the pilot, and then within two days we were emailed that the pilot was officially starting with a list of all of the different requirements that we had to follow,” Donecker said.

The regulations for the pilot program come from the Community Compact that other on-campus students have to follow, including daily check-ins on the One Medical app to track COVID-19 symptoms and testing for COVID-19 twice weekly.

As a student already living in the Georgetown neighborhood, the choice to participate in the pilot program in person was a no brainer for Donecker, she said.

“Personally, I have no underlying conditions, so I didn’t have any concerns in terms of being in person,” Donecker said. “Also, I genuinely think that the school is capable of opening up at least some classes in person because I did not feel unsafe in the slightest going into the classroom. It was definitely a no brainer because working at home virtually has been really, really hard.”

Other students in the course opted to stay online, though, including Christopher Miller (MSB ’21), who lives north of Baltimore, making in-person attendance difficult.

The class’s switch to a hybrid setting has made the course difficult for Miller when he is still participating on Zoom, he said.

“It’s a little strange, I’ll be honest. If you focus more on looking down at the screen that’s going to benefit us at home, versus if you’re looking up like you would in a regular setting, that’s going to be more beneficial to people there,” Miller said in an interview with The Hoya. “That’s a minor thing, but I think that’s a question of attention and direction of your message. So that’s part of it, but obviously there are no perfect solutions to any of this; it’s all about making it work.”

There are about 15 students who attend the class in-person twice a week, while the rest tune in over Zoom, according to Donecker.

Donecker said that her experience of the pilot program has been positive thus far.

“Overall, the class is going really well. My roommates and I were noting just how much easier it was to pay attention in the classroom and being around a professor, to even interrupt and be willing to ask a question when you were confused because it didn’t feel like you were interrupting as much,” Donecker said. “It was more just like a very traditional classroom setup.”