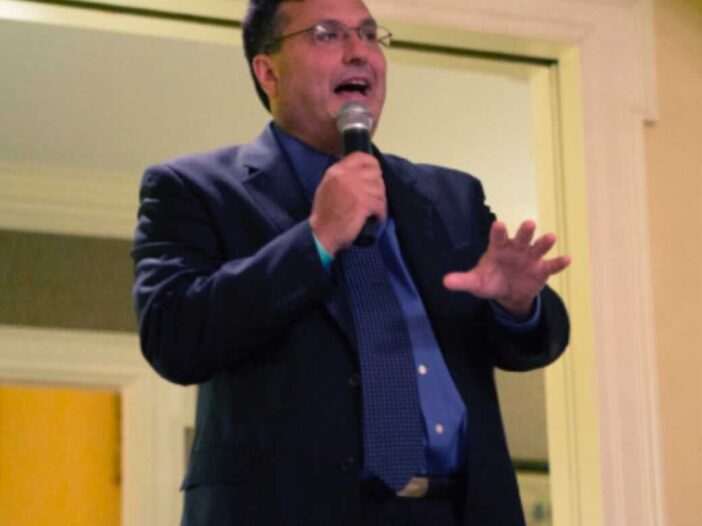 President-elect Joe Biden named several Georgetown University faculty and graduates to serve as advisers or to play prominent roles in his administration this week, including his new chief of staff.

Biden named Ron Klain (CAS ’83) to be his White House chief of staff Nov. 11. Additionally, 10 Georgetown faculty or teaching affiliates were listed on the president-elect’s list of agency review teams, more than any other university. These teams are composed of experts in crucial policy areas across the federal government in order to ensure a smooth transition of power when Biden assumes office Jan. 20, 2021.

Rebecca Katz, director of the Center for Global Health Science and Security at the Georgetown Medical Center, is one of the Georgetown faculty serving on one of the agency review teams. Katz was also selected Nov. 9 as an adviser on the president-elect’s transition coronavirus task force. Katz will serve as one of two health advisers appointed to help guide Biden’s COVID-19 preparations but will not serve on Biden’s coronavirus task force itself.

In the months before her newest appointment, Katz had been advising Biden during the pandemic, alongside two of the new task force’s co-chairs, Vivek H. Murthy, former surgeon general during the Obama administration, and David Kessler, former Food and Drug Administration commissioner under Presidents George H.W. Bush and Bill Clinton.

At Georgetown, Katz is a professor in the department of microbiology and immunology and teaches courses on global health diplomacy, global health security and emerging infectious diseases in the School of Foreign Service. Katz’s expertise in pandemic planning and common-sense approach will help get the virus under control, according to Ellen Carlin, assistant research professor at the Center for Global Health Science and Security.

“She has long and deep knowledge of public health preparedness at scales that range from cities to the global community,” Carlin wrote in an email to The Hoya. “The Biden team is inheriting a public health disaster, and Rebecca has a very common-sense style to approaching what needs to happen next. I think that will be invaluable for getting us through this and to a place where we can start to see real improvement.”

Klain is a Georgetown graduate who will occupy another prominent position in Biden’s administration as his White House chief of staff. He will be the fourth chief of staff in the past 20 years to have graduated from Georgetown, joining Denis McDonough (GRD ’96), John Kelly (GRD ’84) and Mick Mulvaney (SFS ’89).

Back in March, Klain was particularly critical of President Donald Trump’s handling of the coronavirus pandemic as he said at a virtual Zoom forum titled “Leadership During Crisis: Combating the Coronavirus,” hosted by the Georgetown Institute of Politics and Public Service and the Georgetown Global Health Initiative.

“We need transparency. We need candor. We need science-led leadership,” Klain said at the event. “That’s the kind of communication that’s going to reassure people and going to tell people we have a plan in place to fight this thing effectively.”

In a statement, Biden called Klain an “invaluable” adviser, citing the work they did together both during the economic crisis in 2009 and the Ebola outbreak in 2014.

“His deep, varied experience and capacity to work with people all across the political spectrum is precisely what I need in a White House chief of staff as we confront this moment of crisis and bring our country together again,” Biden said.