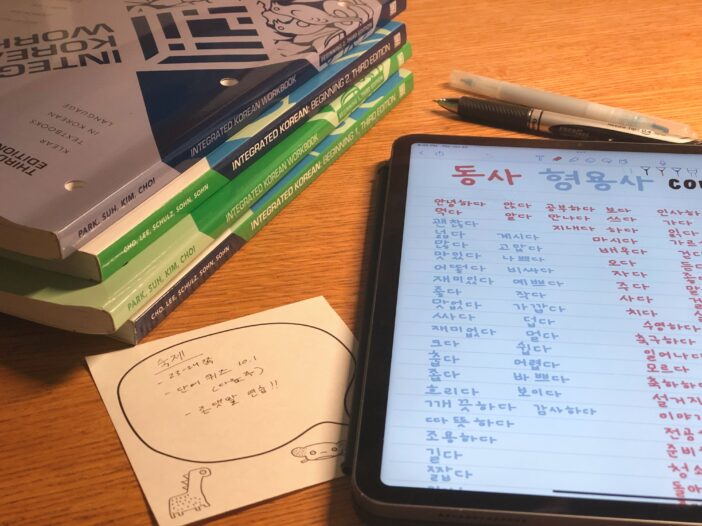 Georgetown University faculty and administrators anticipate that a new Korean major will be approved and available to students by the fall 2022 semester.

For Ivanhoe — who said that implementing the major was one of his top priorities while chair of the department — the addition of a Korean major is part of an ongoing movement to strengthen Korean studies and East Asian studies at Georgetown.

“The cultures and societies of East Asia are among the oldest, culturally richest, and strategically most important on earth and Georgetown needs to make a concerted effort to bolster and support teaching and research in this area,” Ivanhoe wrote in an email to The Hoya.

New major program proposals must go through budget reviews by the Provost and Main Campus Finance Office before being submitted to the board of directors for approval. The Korean major has been approved by the curriculum committee and the executive committee and is now awaiting confirmation from the board of trustees, Ivanhoe said.

If approved, the Korean major will follow a similar structure to other language majors offered at Georgetown and will include grammar, writing, reading and speaking, as well as topics of culture and literature in the curriculum. The Korean major will expand upon the existing Korean minor and will include a study abroad requirement, as well as classes in advanced Korean language, business and current affairs.

For Autumn Andrews (COL ’25) — who originally planned to minor in Korean — the addition of the major will open up more opportunities to deeply explore the language and culture.

“I have been learning Korean for 4 years now so it would be nice to major in a language I am interested in. I also knew that deep in my heart, I did not want to settle for a Korean minor,” Andrews wrote in an email to The Hoya.

The increased popularity of Korean classes demonstrates student support for a Korean major, according to Victor Cha, vice dean for faculty and graduate affairs.

“There’s a real demand for it. We see this in our Korean language classes, which are at full capacity,” Cha said in an interview with The Hoya. “They had to add new sections because so many students want to take Korean. And it’s not just heritage students. It’s not just Korean Americans or Korean Canadians. There’s a demand for Korea because it’s in all different aspects of people’s lives.”

Cha had five students in his first Korean language class 26 years ago, but 40 students were interested in his course titled “Korea and the World” last semester; meanwhile, the department added a second section of Intensive First Level Korean I — the first class students take when starting to learn Korean — due to increased student interest.

In recent years, the number of undergraduate and graduate students taking Korean classes increased by 44.7% in the United States, according to the Modern Language Association.

According to Andrews, the Korean major will likely be popular among students as a result of the increasing prevalence of Korean pop culture in the United States.

“Within the last decade, there has been a tremendous influx of international interest in Korean culture called the ‘Hallyu Wave’ or the ‘Korean wave,’” Andrews wrote. “Some examples of the Hallyu wave are the success of Korean media reaching international audiences through cinema, kdramas (Korean dramas) and KPOP (Korean pop music).”

“Parasite,” a Korean film that not only won four Oscars in 2020 but also became the first foreign language film to win Best Picture, and the international success of BTS, a Korean band, demonstrate how Korean pop culture is reaching the United States.

The addition of the Korean major will not only improve language learning at the university but will also be incorporated into other disciplines beyond the department of East Asian languages and cultures (EALC), making for a more dynamic education as a whole, according to Min Koo Choi, Korean language coordinator and professor. .

“EALC faculty members as well as those teaching Korea-related subjects in other departments and schools here at Georgetown University have all been supportive of a Korean major,” Choi wrote in an email to The Hoya. “A Korean major will enhance the academic curriculum here at Georgetown, where we want to encourage and nourish global and multicultural perspectives in teaching and research.”

Korea’s geopolitical location and rising tensions in the region also make the Korean language a popular course of study for students in the School of Foreign Service, the government major or international business, Choi said.

The courses within the Korean major will combine language classes with other liberal arts classes about Korea-related topics, according to Andrew Sobanet, vice dean of faculty at the College.

“There are some very exciting offerings on Buddhism, Confucianism, gender and sexuality, film and literature, and current events and business,” Sobanet wrote in an email to The Hoya.

Bryanna Penn (COL ’24), who hopes to switch from minoring in Korean to majoring in Korean when it becomes available, is looking forward to the opportunity to complement Korean language skills with other facets of Korean studies.

“Learning the language is a given, but beyond that I really hope to learn about and engage with Korean culture by delving into courses of history, literature, philosophy, and media through this major,” Penn wrote in an email to The Hoya.

“Georgetown was the school I really wanted to be at even though there wasn’t a Korean major so compromises were made, but it is beyond exciting to think I will actually be able to fulfill that initial desire in the end,” Penn wrote.