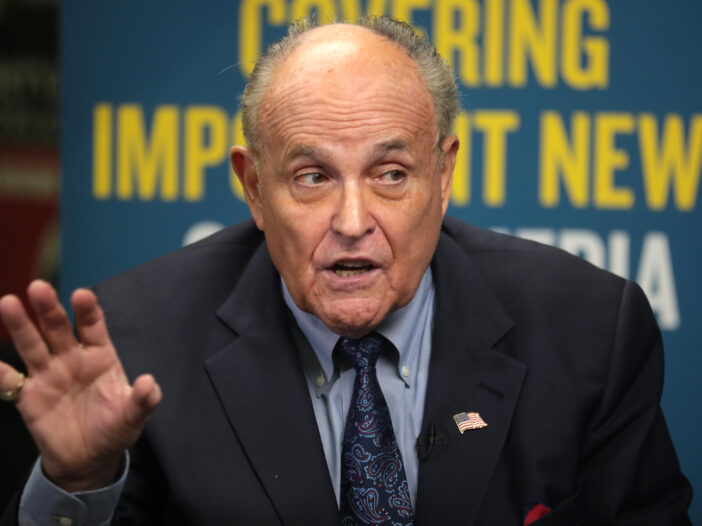 Georgetown University finds itself amid a nationwide debate among universities deciding whether to rescind honorifics from Rudolph Giuliani (H ’02) in light of his attempts to undermine the 2020 presidential election.

Georgetown awarded Giuliani — former mayor of New York City and former personal lawyer to former President Donald Trump — an honorary degree in May 2002 because of his leadership in response to the Sept. 11, 2001 terrorist attacks. Business Insider reported June 28 that multiple universities — including Middlebury College and Drexel University — have rescinded honorary degrees from Giuliani in the last year in light of his role in aiding Trump’s efforts to overturn the 2020 election.

Giuliani did not respond to The Hoya’s request for comment.

Insider also reported that five other universities who awarded Giuliani honorary degrees — Georgetown, Syracuse University, St. John Fisher College, Loyola University Maryland and The Citadel in South Carolina — have yet to rescind them despite his involvement in undermining the 2020 election. Some institutions — such as St. John Fisher in Rochester, N.Y. — have publicly refused to rescind Giuliani’s honorifics, while others like Syracuse University are considering rescission.

A university spokesperson did not comment on whether Georgetown would consider revoking Giuliani’s honorary degree, instead pointing The Hoya to the university’s policy on awarding and revoking honorary degrees.

“If at any time during the life of an awardee the University becomes aware of documented evidence of criminal, unethical or immoral behavior or activity, the University has the right to rescind the honorary degree,” the policy reads.

Since the Jan. 6, 2021 attack on the Capitol, evidence has mounted indicating Trump and his top advisors — including Giuliani — deliberately perpetrated ideas designed to undermine the validity of the 2020 presidential election, despite knowing such ideas were false. In particular, Giuliani played a significant role in a plot to influence state lawmakers in contested swing states to create fake slates of electors to ensure Trump’s victory over President Joe Biden. In June 2021, the New York State appellate court temporarily suspended Giuliani’s law license after a disciplinary committee found that he aided efforts to undermine the 2020 election.

“These acts are reprehensible and have no place in our country,” DeGioia wrote. “I strongly condemn these criminal attempts to undermine our republic.”