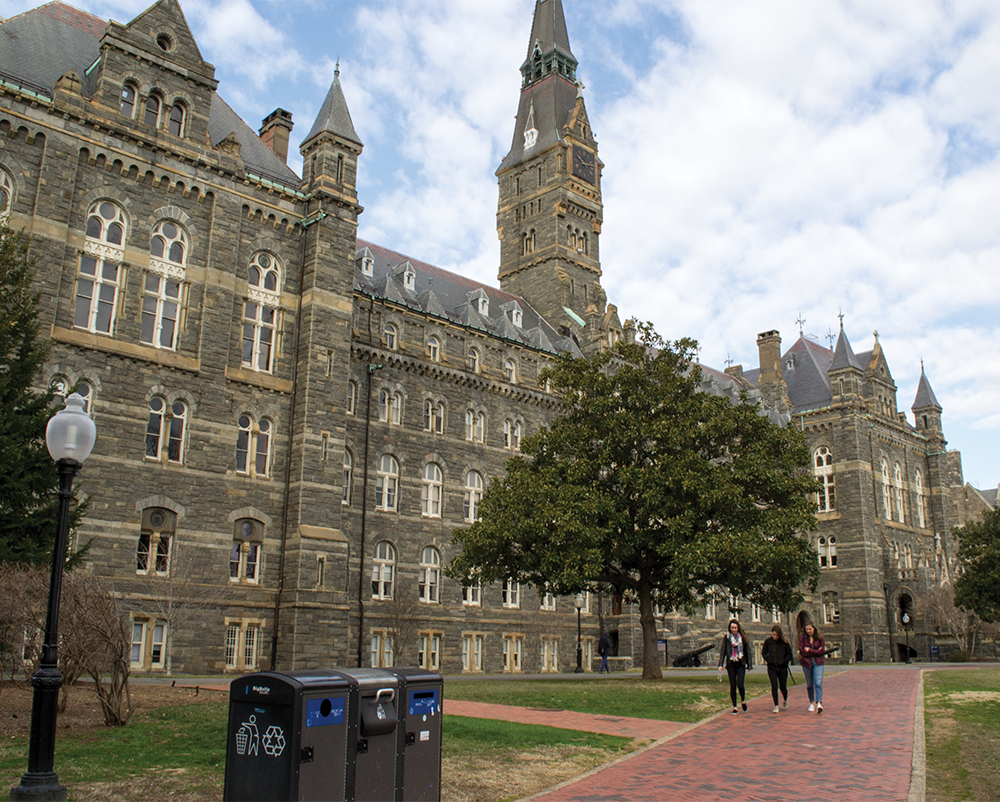 The university and the Georgetown University Student Association LGBTQ Inclusivity policy team have launched an initiative to make single-stall restrooms in public buildings on campus both gender-inclusive and Americans with Disabilities Act-compliant by the end of the semester.

The university is planning to complete a feasibility study of all the restrooms in question to determine whether the single-stall restrooms that are eligible to become all-gender restrooms are also accessible. Following the study, its findings are set to appear in a report detailing which single-stall restrooms currently comply with ADA access guidelines and which need modifications before they can also have signage changes.

Vice President for Student Affairs Todd Olson said the university is “committed to complete the study,” which he estimates will take several months, though he noted the cost of the study is unclear yet.

Vice President of Planning and Facilities Management Robin Morey said the university is working to make restrooms accessible for all students.

“We’re surveying all the major buildings on campus and are doing our best to identify, make necessary changes to and put appropriate signs on the single-user bathrooms we identify in this process,” Morey wrote in an email to The Hoya.

Morey declined to comment on the anticipated cost of the signs.

Members of the LGBTQ Inclusivity team are hopeful the signs for restrooms that are identified as accessible by the feasibility study will be changed before the end of the semester. Any changes required to bring single-stall restrooms up to ADA code will extend beyond the end of this school year, according to GUSA President Enushe Khan (MSB ’17).

“This is the dream: By the end of the semester, every restroom that can be all-gender will be,” Henry Callander (COL ’18), a former GUSA senator who is also a member of the LGBTQ Inclusivity team and GUPride, said.

The push to look into the possibility of including gender-inclusive restrooms began when the current GUSA administration took office at the end of last spring, according to Khan. GUSA has worked alongside the Office of Institutional Diversity, Equity and Affirmative Action, the Office of Planning and Facilities Management and the Office of Student Affairs to push the initiative.

“Considering all our commitments to caring for the whole person, we need to ensure that anyone feels comfortable to go into a bathroom in a public building. These are just basic things the university recognizes that we should be doing,” Khan said.

The initiative comes as President Donald Trump announced a rollback in federal protections for transgender students who attend public schools Feb. 23, reversing former President Barack Obama’s memos regarding the rights of trans students. The Obama administration said in a May 2016 guidance to public schools it is a violation of anti-discrimination laws to prohibit students from using restrooms and locker rooms that align with their gender identity rather than their assigned sex at birth.

Callander said today’s political climate has paved the way for the university to embrace the rights of transgender students.

“It’s really given agency for the school to take steps to make our trans students feel like they have a home. The number one phase right now is just changing the ones that are already single-stall restrooms into signage that says all-gender,” Callander said. “No matter what side of the aisle you’re on, you’re at a school where everyone is loved and included, and if you don’t support people that are different to you, it’s problematic for me. You have to be there for people, especially during turbulent times.”