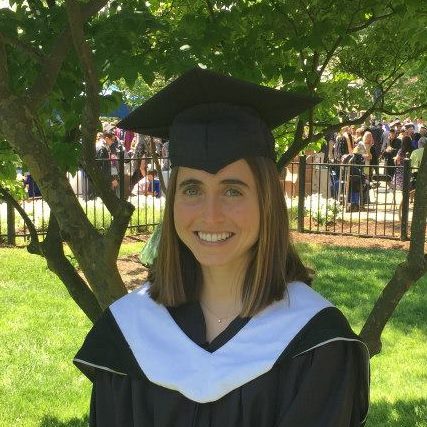 Recent Georgetown graduate Nina May Brekelmans (GRD ‘15) died in an electrical fire in her home near Dupont Circle June 3. She was 25.

Michael Patrick McLoughlin, 24, also died in the fire, and five others were injured.

Although Sherri Kimbel, a representative from the Office of Councilmember Jack Evans (D-Ward 2), identified both victims as Georgetown students at an ANC2F meeting Wednesday, McLoughlin was a University of Maryland graduate.

While at Georgetown, Brekelmans involved herself in the community, training as a distance runner with the Georgetown Running Club, serving as treasurer of Georgetown Women in International Affairs and interning at the Muslim Chaplaincy.

School of Foreign Service Interim Dean James Reardon-Anderson and Center for Contemporary Arab Studies Director Osama Abi-Mershed shared the news with the Georgetown community this afternoon in a campus-wide email.

“We are deeply saddened by this news and know that it is difficult for the many members of the Georgetown community who knew Nina,” Reardon-Anderson and Abi-Mershed wrote. “Please join our Georgetown community in remembering Nina’s family and friends in your thoughts and prayers during this time.”

Full obituary to come at thehoya.com.