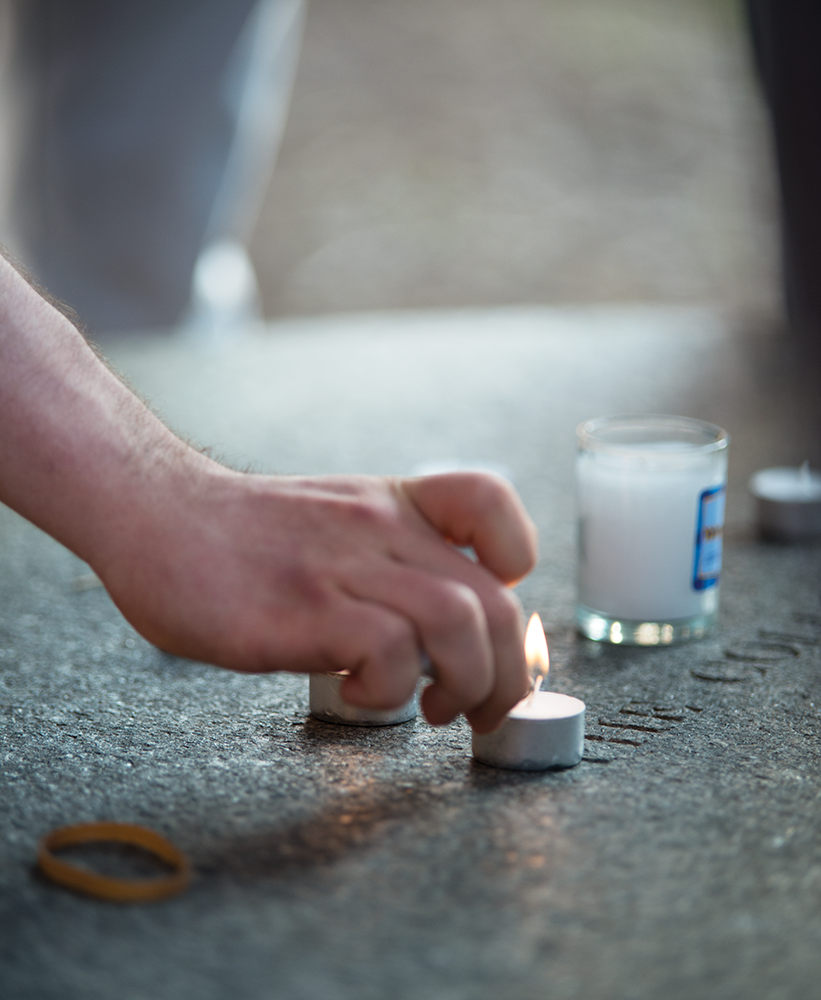 The weeklong event began with a discussionwith former Israeli Minister of Foreign Affairs and Minister of Justice Tzipi Livinilast Friday.A vigil to commemorate Yom Hazikaron, a day of remembrance for fallen soldiers and victims of terrorism, was held on Wednesday.

The week was dedicated to understanding steps that Israel has taken to achieve peace with Palestine and to explore plans for reconciliation, according to GIA President Tanner Larkin (SFS ’20), who hopes to encourage meaningful conversations about potential solutions for peace (Full disclosure: Larkin is also a member of The Hoya’s Editorial Board).

“We launched Israel Peace Week because we want to change the conversation about the Israeli-Palestinian conflict and get people talking about peaceful, win-win solutions to the conflict,” Larkin wrote in an email to The Hoya. “Too often, the conflict is approached in terms of a zero-sum game, and we’ve seen campaigns that are more about tearing down one side than building anything constructive.”

GIA cultural chair Andrew Boas (SFS ’20) said the student group has tried to provide an immersive opportunity for Georgetown students who have ties with Israeli culture throughout the week.

GIA invited Georgetown Students for Justice in Palestine to participate in the events of Israel Peace Week, according to Boas and Larkin.

SJP President Ahmad Al-Husseini (NHS ’20) said that SJP plans to protest the celebration of Israel Day, which is known to Palestinians as the Nakba, or “catastrophe,” in Arabic.

“SJP’s only involvement in this week’s events will be protesting their disgusting celebration of the 70th year anniversary of the Nakba, which forced out 700,000 Palestinian natives from their homeland as the human price for creating the state of Israel,” Al-Husseini wrote in an email to The Hoya.

Larkin said that Israel Peace Week neither presents a one-sided version of the conflict nor ignores the suffering of Palestinians, despite criticism of the event.

“I understand why someone might think that, but if they were to come to an IPW event, they would see that was not remotely the case,” Larkin wrote.

SJP treasurer Olivia Vita (COL ’19) expressed doubt about the effectiveness of pursuing dialogue about the Israeli-Palestinian conflict, noting that tangible changes are likely the only way to forge peace .

“We don’t need words, we need systemic change,” Vita wrote in an email to The Hoya.

Israel Peace Week does not effectively address the problems faced by people of color in Israel, according to Vita, as she believes they are not culturally relevant.

“As a black Jewish young woman with family in Israel, when I think of peace and Israel I think of the ongoing African refugee crisis, recent state violence in Gaza and day-to-day lack of accessibility of resources to people of color in Israel, Jewish and non-Jewish,” Vita wrote. “The events are neither relevant to current events nor reflective of the ever-diversifying population of Israel and Palestine.”

Israel Peace Week aims to present the Israeli-Palestinian conflict as a multifaceted topic with speakers who advocated for a solution that would benefit both Palestinians and Israelis, according to Larkin.

“One consistent motif throughout IPW has been to showcase the complex, multi-dimensional character of the Israeli-Palestinian conflict,” Larkin wrote. “That’s why we hosted Tzipi Livni and co-hosted Nadav Tamir with J Street U Georgetown, both of them repeatedly stressed the need for reconciliation between Palestinians and Israelis and the need for a Palestinian state in order to fulfill Palestinian national aspirations in their own space.”

Larkin said that Israel Peace Week is a positive way for Jewish students to finish the school year, especially after the start of the school year, when swastikas were found painted inside an LXR hallway during Rosh Hashana, he said.

“In a school year that started off with swastikas, Israel Day will end things on a high note,” Larkin said.